In January I picked up three units of Medieval Muslim foot from Black Tree Design to start a retinue for Lion Rampant (or a warband for Dragon Rampant…) when they had their crazy 50% off sale going on. I managed to get a half dozen camel riders from their fantasy Saracen range and replaced their goofy looking shields to make them look slightly more historical… But I knew I’d need more cavalry so I began looking around for options – thinking I’d pick some up once I got what I had painted… then I found a few packs listed on the Sentry Box’s online catalogue – some Gripping Beast Seljuk cavalry that were clearly old stock that had been sourced when the US dollar and UK pound were in the tank – So instead of waiting I decided to just order them, lest they be snapped up by someone else…

While I’ve been painting a few individual medieval Middle Eastern figures for use with Frostgrave Warbands, I thought I’d try paint up a few of the units for the Lion Rampant Retinue and ultimately decided that I should start with this newly acquired cavalry… (last in, first out, I guess…). 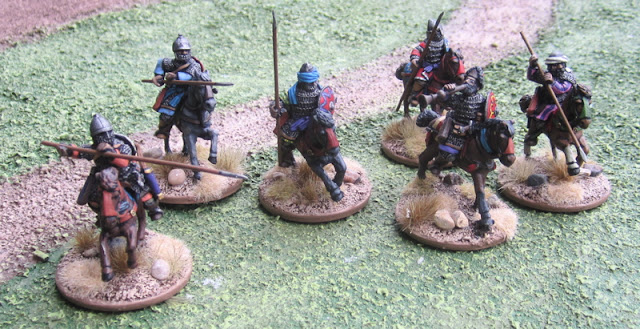 As I mentioned these figures are from Gripping Beast. 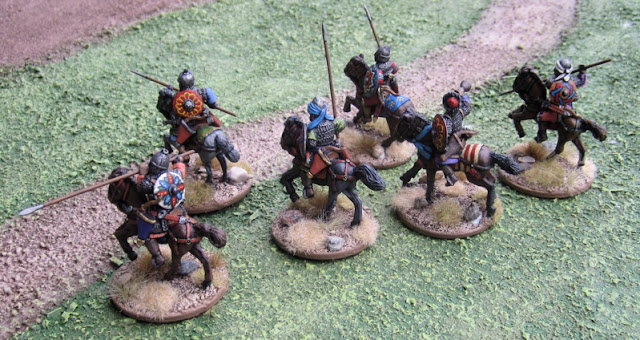 These will be classed as Mounted Sergeants (@ 4 points) with the Bow upgrade (+1 point = 5 points) in Lion Rampant. 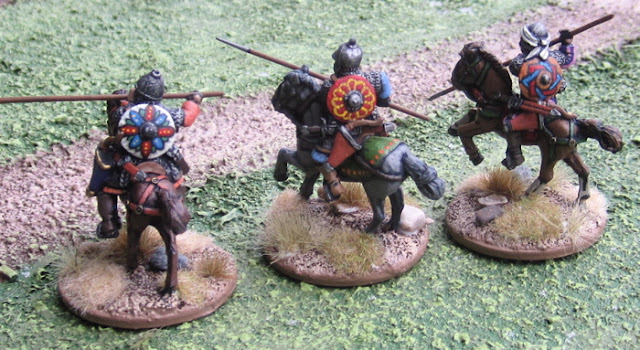 I reallyhad fun painting them – they’re quite colourful! I figured the elite cavalry would be a bit more well off than the common foot soldier and would like to show off their “bling”. I’m really happy with how the shields turned out. 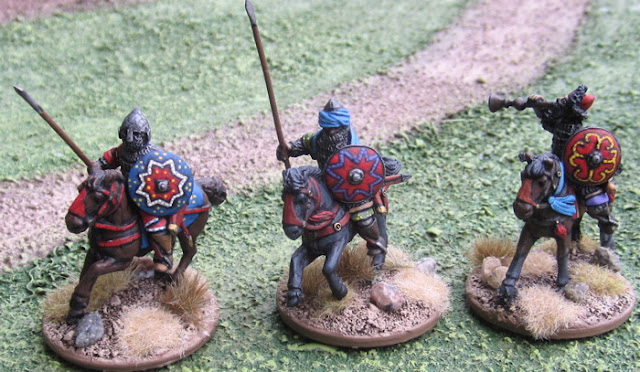 The guy with the upright spear probably could have had a banner… but I got lazy. Perhaps I’ll add one later – when I have other units – to distinguish them from one another and indicate where the leader of the retinue is…

I have a few more European foot Men-at-Arms on the work bench that I might paint up next… but they could easily be swept off and replaced with… who-knows-what!?
Posted by tim at 10:22 AM