I finished up a couple of new bits of ruined city terrain before our game of Frostgrave last night (stay tuned for the report of that game - hopefully later today...). 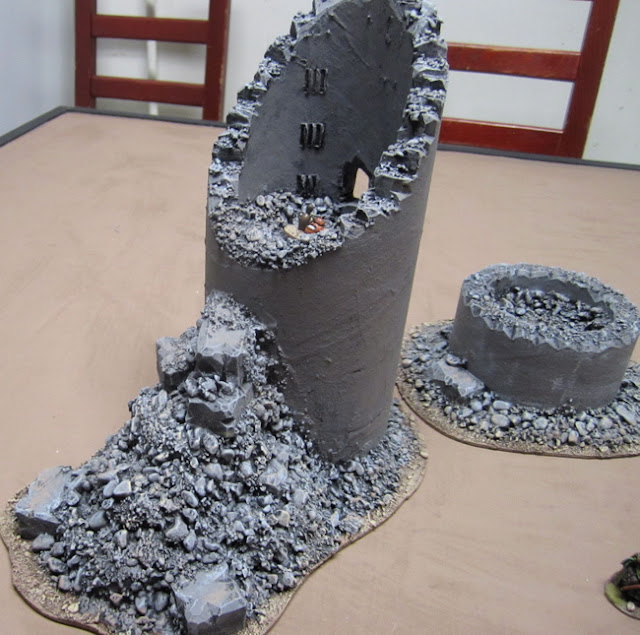 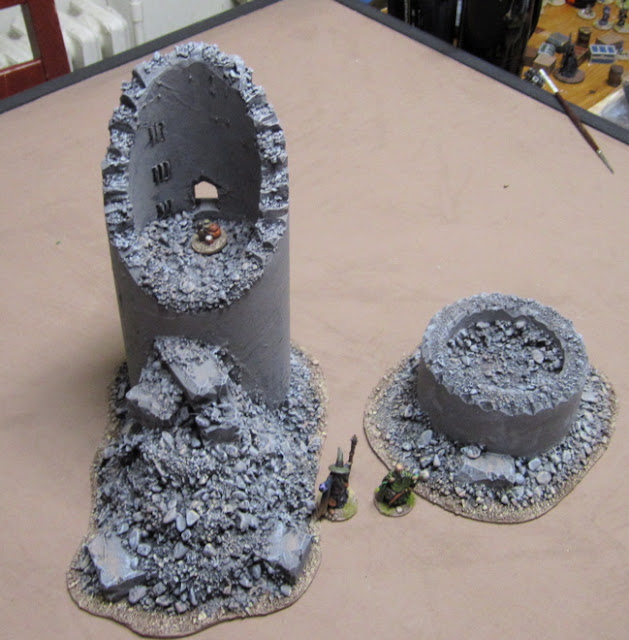 with a couple of wizards and hidden treasure for scale... 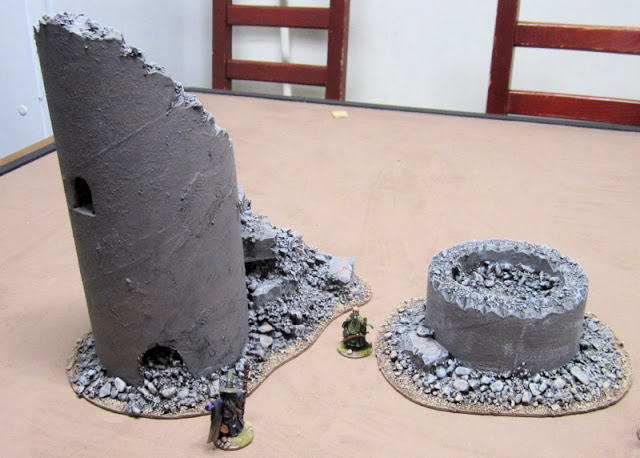 Other side with rubble tumbling out the front door. 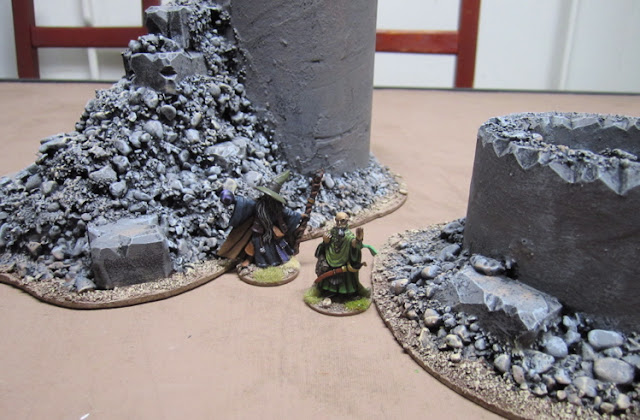 Detail of the rubble. 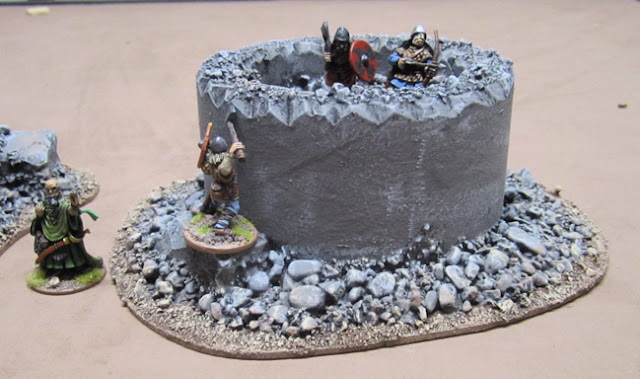 I tried to make points for figures to climb up and wanted figures to be able to climb into them and use them as hard cover from which to shoot down on people... also as a place to hide treasure in difficult going. 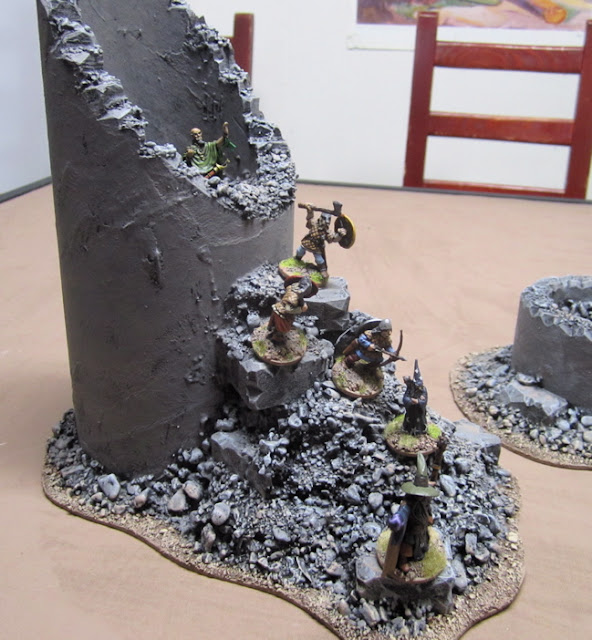 For the larger one I tried to build it with "steps" of rubble to make it easier for figures to scramble their way up the detritus. 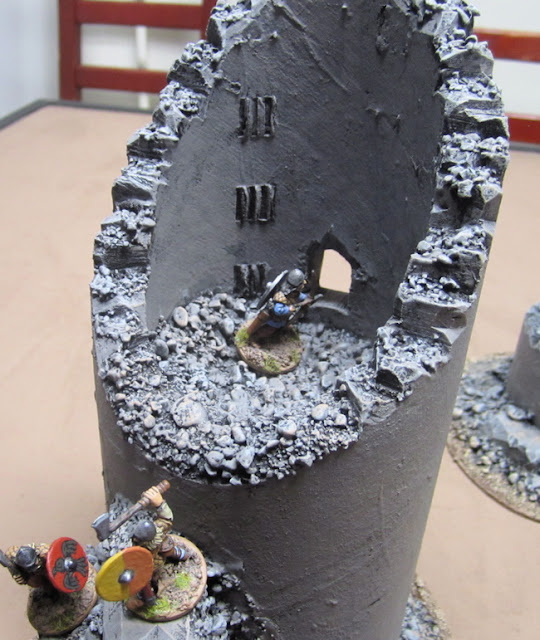 It'd make a nice place to snipe from... if you could ever get to it... all that difficult going - it would take multiple turns just to get up there and most of our games don't last much longer than 4-5 turns... of course if you have a Leap spell....!

I should have the game report where we first used these up later today.