Here there be TITANS!

I have a small (in number) force of Titans for Warhamer 40,000. They are all older Armorcast models.

The Xoxigar Secondus Forge World hosts the once mighty Legio Amare Feles. At one point Legio Amare Feles boasted over fifty God Engines in it's ranks - which fought in countless battles all across the sector and across the entire Segmentum - against nearly every enemy known to mankind. Continual losses over centuries of brutal combat against the great enemy, however, has reduced it to a single, understrength maniple of three (two Warhound Scout Titans and a single Reaver Titan)

All that remains of the Ecrite Arcus maniple of Legio Amare Feles is one Reaver Battle Titan and two Warhound Scout Titans. 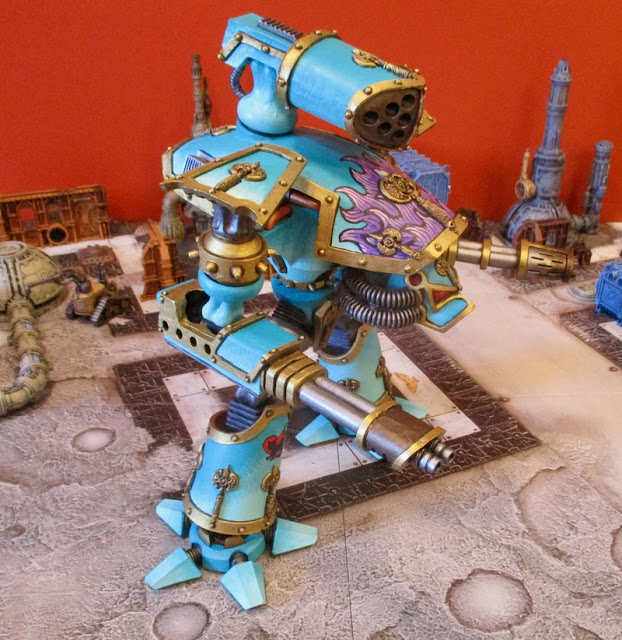 More pics of this Engine can be found here: 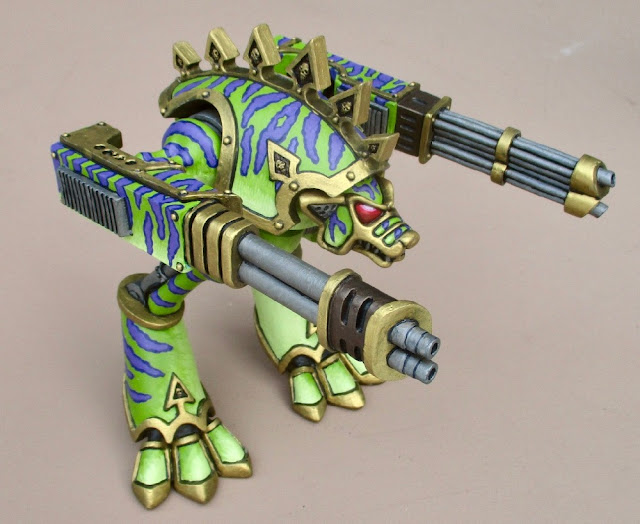 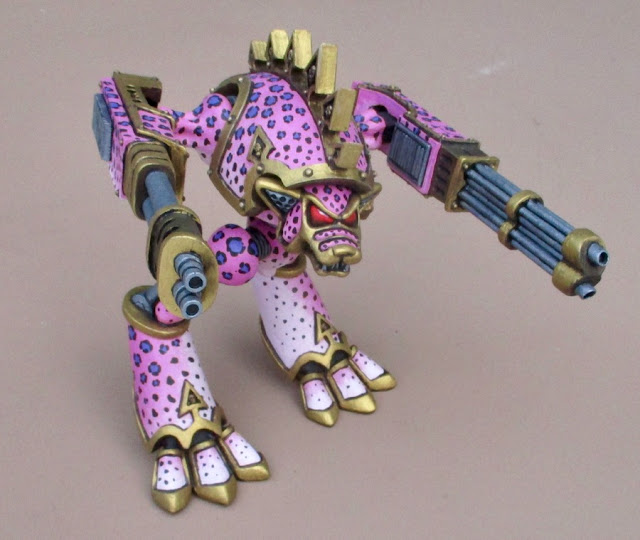 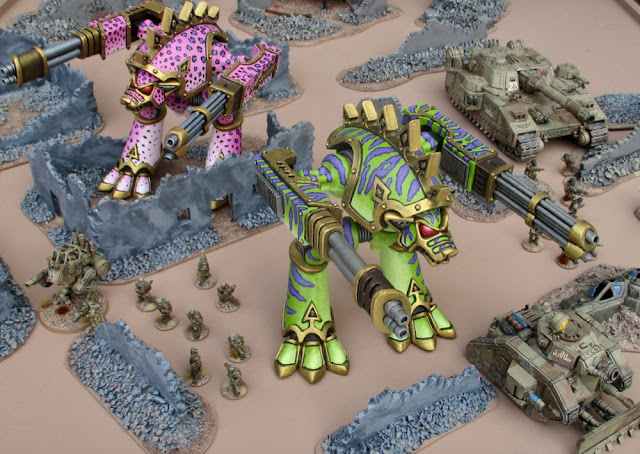 The two Scout Titans patrolling with elements of the Astra Militarum 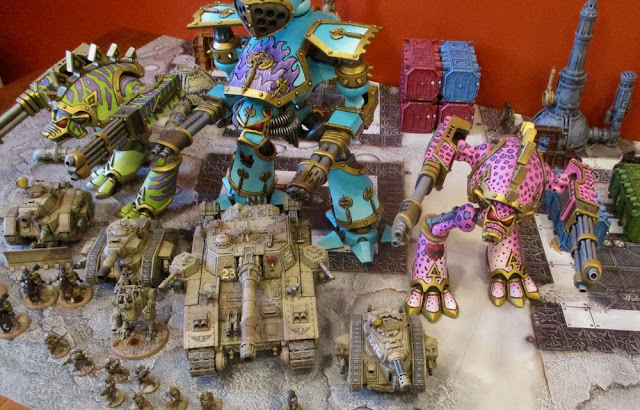 the entire Maniple operating in support of the Astra Militarum.


In Warhammer 40,000 (8th Edition) the force will look something like this:

Not sure how often these guys will see action as a full (understrength) maniple.... but I have them ready when the option arrises!!

Malice - 4.170.019.M42
The entire maniple were transported to the planet of Malice where they took part in the Battle of the Abyss!

I do also have a handful of older "Epic Scale" Titans.