At some point (when they are ever painted) I will be posting pictures of my Astra Militarum Valhallans.

My Valhallans are part of the 4th Company, 275/341st Valhallan regiment. It is an amalgamated regiment – originally the 275th Valhallan Infantry Regiment and the 341st Valhallan Armoured Regiment. The two regiments have served together for nigh two decades over countless war zones. They have both been greatly reduced in strength over the years. The Infantry regiment, once ten thousand strong, has been reduced to a couple of understrength companies of less than 200 each. The Armoured component, once boasted over twenty squadrons of battle tanks plus reconnaissance and support vehicles, is now reduced to a single, under-strength company of a dozen or so tanks and a few support vehicles. Currently they are operating on the frozen world of Xoxigar Prime.

Eventually I should be able to field a brigade of them. 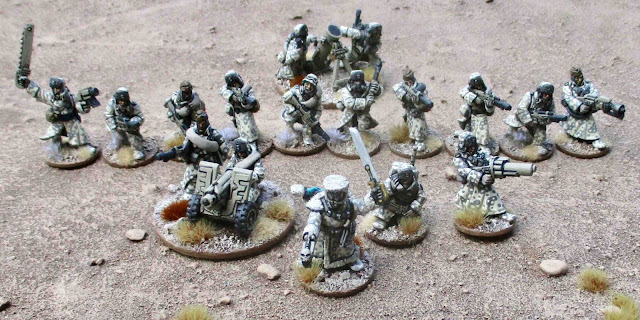 
Well.. that's all for now... These are more likely to see action as a Kill Team than in regular 40K until I get a few more elements painted. It is my plan for 2019 to get this force to a point where it can be fielded as a Brigade Detachment! Stay Tuned! 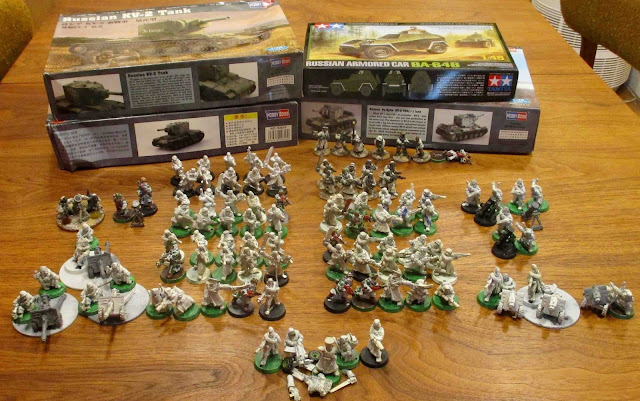 I think I have all the stuff I need to field a "Brigade" detachment of these. In the end it will look a little like this: