Wings of Glory and Another Odd Assortment of Miniatures: Medieval, Fantasy, Indian Muntiy!?

The kids have been learning about the Great War this week and a number of movies and documentaries have been watched and I’ve tried to sneak in a game or two. 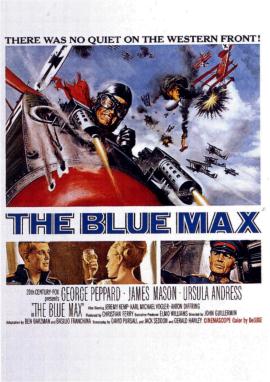 On Friday we watched Blue Max. I still love that movie - incredible stuff - all pre-CGI. 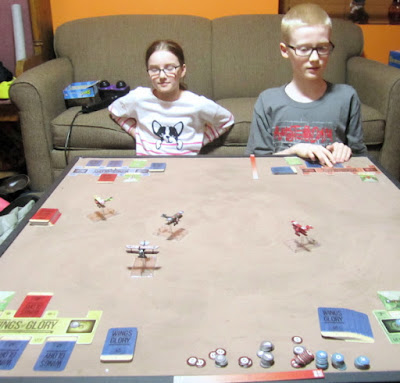 Then busted out Wings of Glory (which I actually won in a contest on BoardGameGeek!)

The Boy took a Fokker DR.1 and The Girl the Albatros D.VA. I took the Sopwith Camel and a SPAD. 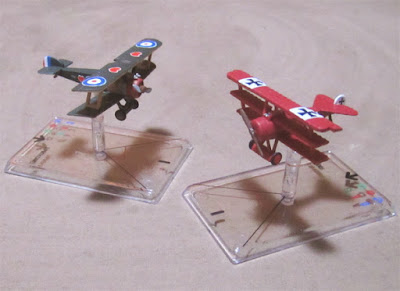 (Yes, sound effects were required. I’m pretty sure it’s somewhere in the rules!)

Here are a few other items I’ve been working away at over the last week or so, concurrent with the Mike Bravo Miniatures 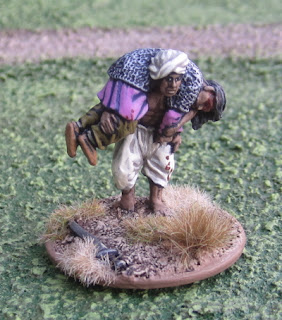 Casualty marker for my Medieval Muslims from Perry Miniatures 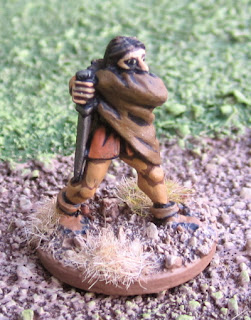 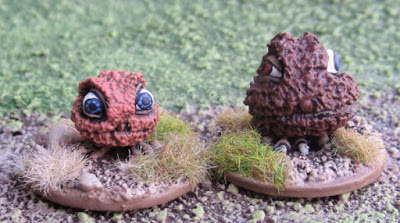 Since I’ve put together a Summoner warband, I thought I should have some more figures I could use as Imps. So I dug out these “Bushwoolies” from Thunderbolt Mountain. I don’t recall actually ordering these… I think they may have been sent along as free samples when I ordered some other things from them…? 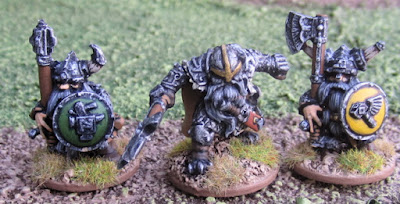 Three dwarves to finish up a unit of Elite Foot for Dragon Rampant. The one in the middle is from Reaper Miniatures and the two flanking him are from Games Workshop.

Here’s the whole unit. The leader is so badass – he’s worth TWO of the six Strength Points!

Now to get the rest of the Dwarves finished!

(Actually I have my Dwarf DBA army that could easily be pressed into service for Dragon Rampant… but I also happen to have enough individually based Dwarves to field a Dragon Rampant warband! They just need some painting... well some of them… about half). 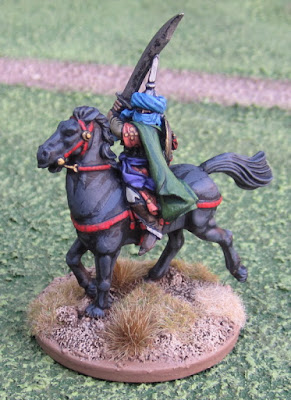 This is Suliman Le Saracen an old warhammer figure from Games Workshop I picked up in trade from my pal Cory when he was here for the Wargaming Birthday Bash/Winter Wargame Campaign Weekend. I had hoped that I might be able to slip him into one of my Lion Rampant units of Medieval Muslim Cavalry… 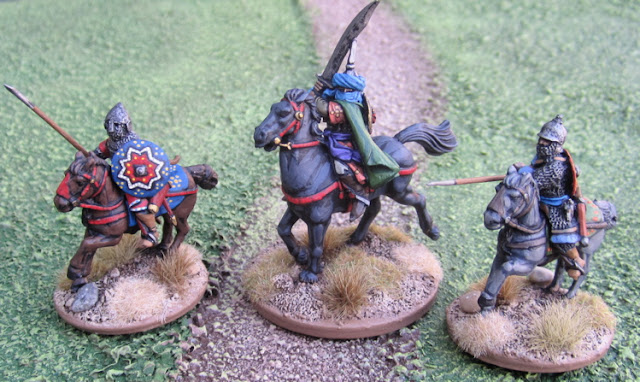 But as he towers over the others I think he’ll have to be some sort of Heroic Prince in Dragon Rampant and be fielded as a Single Model Unit of Elite Cavalry!

These are some Highlanders for the Indian Mutiny from AW Miniatures. Terry had a sample pack of them and gifted them to me for my birthday and I painted them up because… well… um… No, I don’t have enough for a full unit… er… No, I don’t have any other British troops from the era… I don’t even have anything I could pass off as mutinous Indians to have these guys fight a last stand defensive sort of game against… Really I’m not sure why I did these… It just seemed like a good idea at the time.

I’m pretty happy with how their kilts turned out.

Finally some crusader Religious rabble. A couple of these guys are partial repaints… I can’t remember which now… I thin they’re all from Old Glory…?

I have no idea. I feel like I’m all over the place. I feel more like cleaning and organizing the basement before doing any more gaming or painitng…