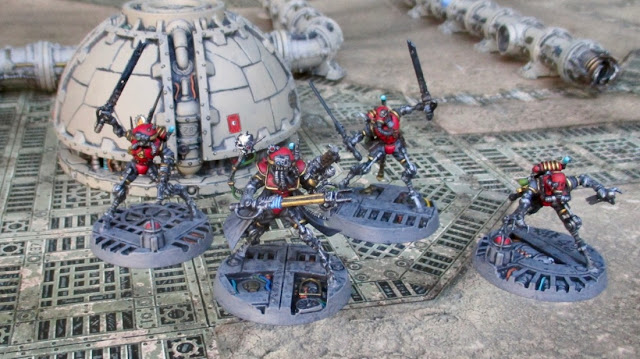 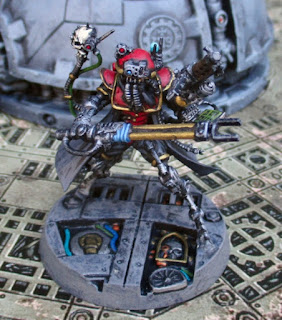 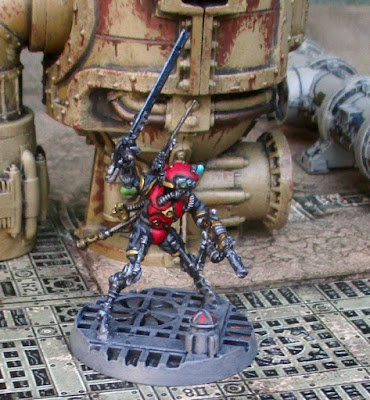 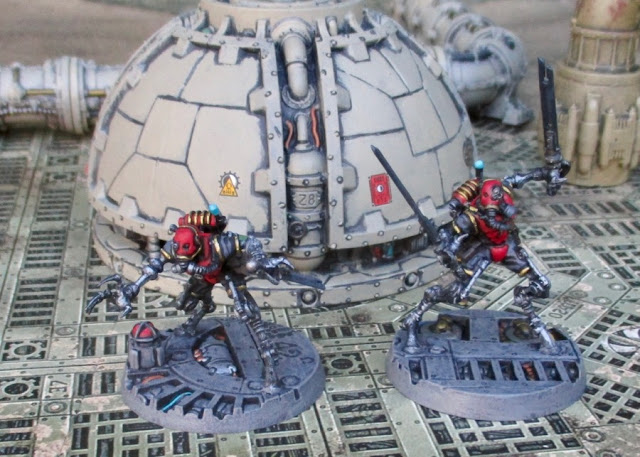 More recently I picked up the Tech Priest Dominus Mechanicus Commander set when Kill Team: Commanders came out and I've painted him up as a commander. I also happen to have a regular Tech Priest that my friend Paul gave me for my birthday in February - presumably to serve with my Imperial Guard regiments - but as they turned out to be an commander option for the Mechanicus Kill Teams, I finally got around to finishing him off to. 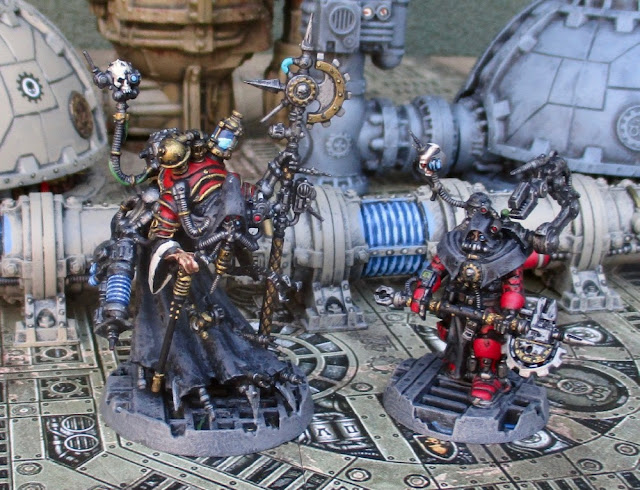 Mechanicus Commander options Tech Priest and Tech Priest Dominus. A Kill Team can only ever have ONE commander, so these two will never be serving together in Kill Team.... at least, not as part of the SAME Kill Team! 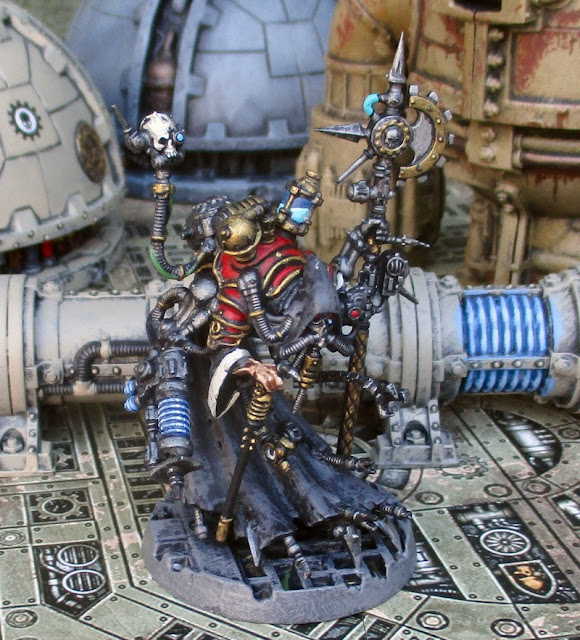 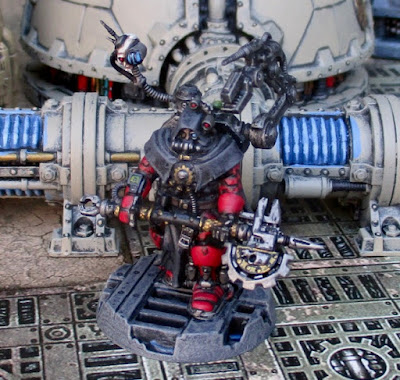 My small Adeptus Mechanicus force - with all the options for a Kill Team.

The nice thing about Kill Team is that now that these are done... well... That's it. There's really nothing else I could add to this force - well... okay... there's stuff I COULD add to the force... I COULD get enough of each type to make a force entirely of one type of model -  Skitarri Rangers, Skitarri Vanguard, Sicarian Ruststalkers, and Sicarian Infiltrators... but that would be daft.

The downside of Kill Team is BECAUSE I don't need a lot for each Kill Team, there is that temptation (as in DBA) to do ALL THE FACTIONS!? Ugh.... just... I can't do that... Oh, believe me I've already been tempted to pick up a box of Plague Marines and a box of Pox Walkers... but I'm going to try and NOT do that. I have SO MUCH 40K stuff already... I need to get some of THAT painted first before I go buying any more!

(That being said, if they drop a Kill Team: Inquisition boxed set, I am totally down for one of those!)

(and I am NOT getting Warhammer Quest: Blackstone Fortress when it comes out in a week - I really, REALLY need to get all the Rogue Trader stuff painted FIRST!)

I think next I shall endeavour to finish off John's Shadespire Orcs and then get some stuff painted for Mice & Mystics, before returning to 40K stuff...

When I do return to 40K stuff...? Where to start!? I have and a bunch of Imperial Guard I'd like to finish up - just for assorted Astra Militarum Kill Teams (let alone all the other Imperial Guard I have for full-sized 40K armies!) I have stuff for a Space Marine Kill Team, and a handful of Orks that I could paint up to use as an Ork Kill Team. I really want to get the Rogue Trader Crew and Gellerpox Mutants done - along with all the Rogue trader terrain bits. There's still a LOT of Imperialis and Mechanicus terrain to finish up... and a bit more Munitorum terrain... and the knights... and... Yeah... I'm totally not getting all that done this year... but hopefully I'll have some fun trying.

I'm hoping to get in a game of two of Kill Team this weekend to carry on with the Campaign we started last weekend.
Posted by tim at 10:06 AM