Here you will find fancy dressed gentlemen,  and highland thugs. Perhaps the pirates will go here too...

Most of my Seven Years War figures are British and French and really meant for battles in North America.

Like many of my collections I have figures based on multi-figure bases for larger scale battles and individually based figures for skirmish games.

The multi-figure bases for Big Battle games were organized along the lines of three (and later four... sort of... that's still up for debate...) stands per battalion-sized unit. Batteries of guns were represented by single elements. I've used these with a DBA variant and Black Powder. I think I like the simplicity of the DBA-based game better... probably stick with that when I ever get back to gaming with them.

The individually based figures were initially used with Savage Worlds, but I am keen to try out Song of Drums and Tomahawks or Flashing Steel.

The entire English Force... at one point...

British Highlanders - from Rafm - this is a 32 figure/four element regiment. I did one of the elements as two half elements so the command element could remain front and center when in line... I may abandon this organization and go back to the three element regiments.

Starting with the Big Battle units...

The entire force - at the moment... 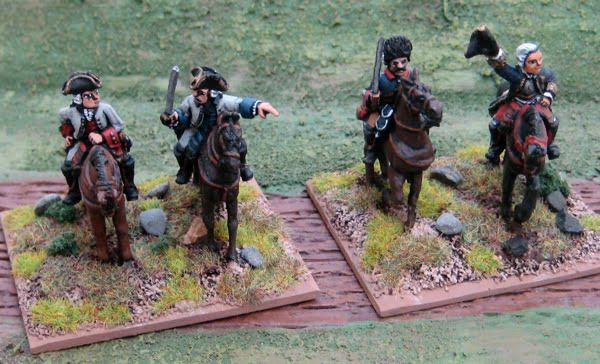 Two Command Elements - I believe they are all from Old Glory Miniatures. The fellow waving his hat over on the right is supposed to be the Marquis de Montcalm. 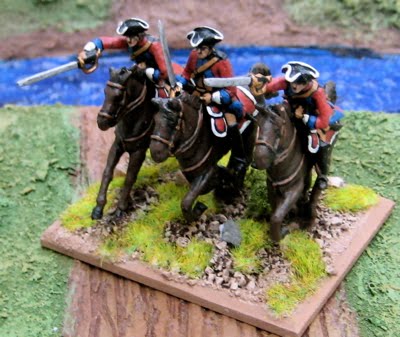 More of the same individually based for skirmish gaming. 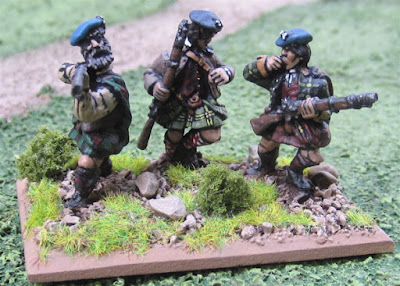 A single element of skirmishing Jacobites - the figures from Old Glory Miniatures. I did these just to try them out. The "regulars" will be organized in regiments of three elements with six figures per element/base. I have enough of these figures squirrelled away for 3-4 such regiments. 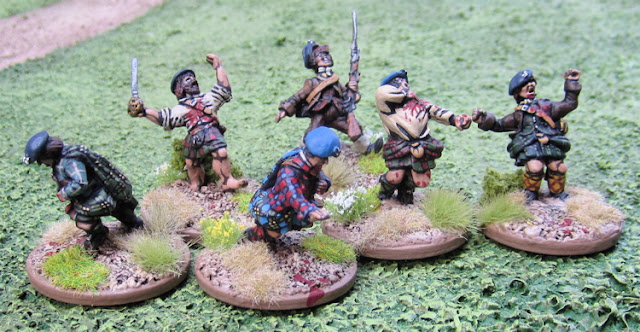 Falling Jacobite Casualties. Figures from Old Glory Miniatures (and I think there's one from Dixon Miniatures  in the back...) 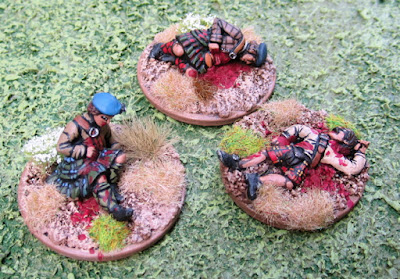 A few Jacobites individually based for skirmish gaming.

Other Figures for Skirmish Gaming

YAAAARRRRR!! Shiver me timbers and all that... Pirates!

This lot is from Old Glory Miniatures 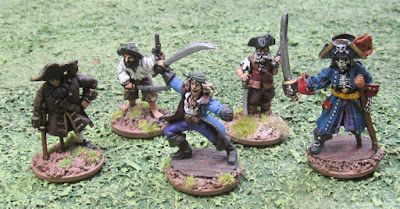 Assorted figures - the peg-leg on the left is from Rafm. The fancy fellow in the center and the skeleton are from Reaper Miniatures. The other two in the back... I'm not sure about... so that's why they ended up in this picture. 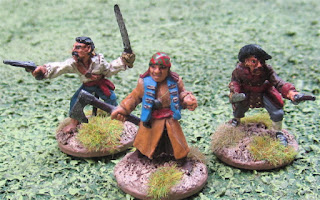 The oldest pirate figures I have. The one in the middle is actually an old Citadel miniatures warrior that I converted to use as a pirate (he'd originally been wearing a steel pot helmet, which I tried to turn into a bandana...). The others.. I'm not sure of the manufacturer...


The Crew of the Red Snapper

Technically also pirates - this is a crew I put together of all female pirates. They were first used as a warband in Mordheim, then later saw action with Savage Worlds: Pirates of the Spanish Main... perhaps they'll see action again with Flashing Steel.

18th century women-folk. The woman front and centre with the voluminous white dress and the two in the back corners (blue dress, loading musket, green dress advancing with musket) are all from Old Glory Miniatures. The figure in the center back (blue dress, firing musket) is from Rafm. The rest are from West Wind Productions.

Fancy Gentlemen. The figure front and center - brandishing a sword - is from West Wind Productions. The rest are from Old Glory Miniatures. 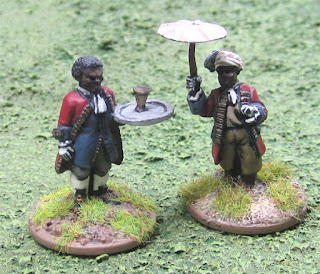 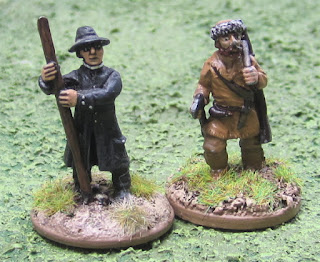 18th century men-folk. Teh fellow on the right (with the green vest and hands behind his back) I think might be from Wargames Foundry - the rest are from West Wind Productions. 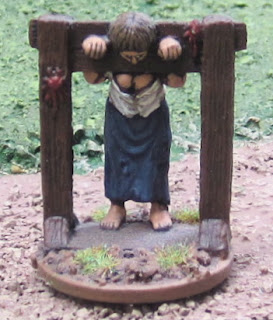