I did say in the previous post the next one was going tone big and it was a secret... a Keeper of Secrets!! 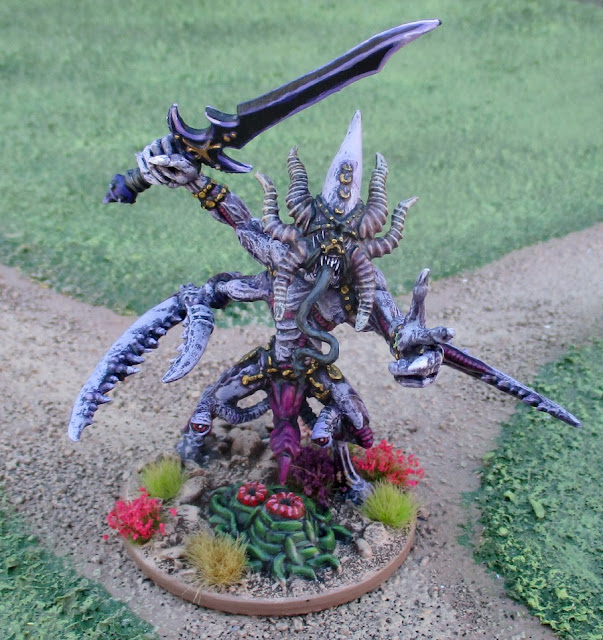 This is a Greater Daemon of Slaanesh from Games Workshop 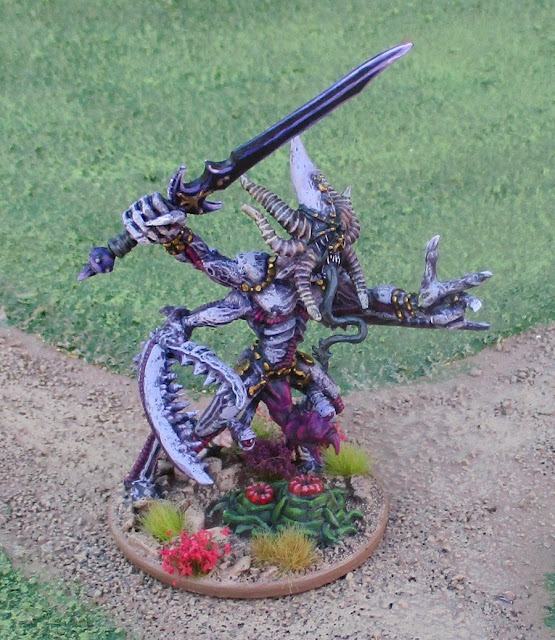 Why on Earth am I painting a Greater Daemon of Slaanesh? Well that's a bit of a secret too... it TOTALLY HAS NOTHING AT ALL TO DO WITH THE WRATH & GLORY GAMES CAMPAIGN I'M RUNNING! (Shhhhh.... Nothing to see here, carry on!) 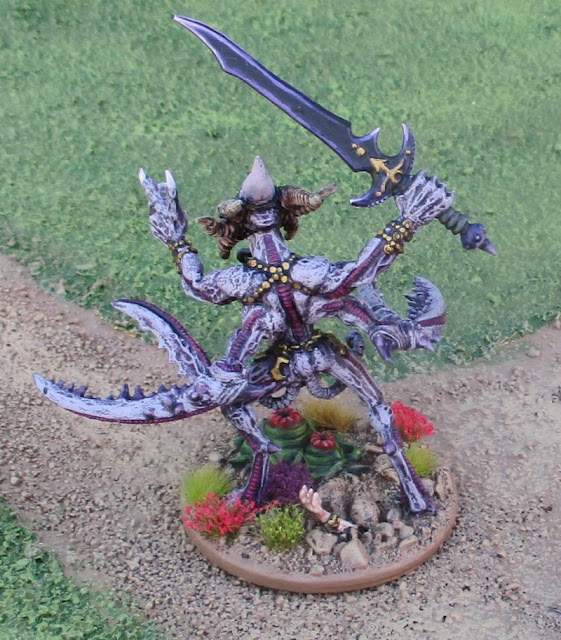 My Heretic Astartes Kill Team are pretty obvious Slaanesh disciples and if I were ever to expand that into a 40K Detachment - they're end up being Emperor's Children or something similar. Actually if I were to ever do a 40K Chaos force, I'd probably be more interested in a Daemon Host - with maybe a few Chaos Space Marines and Cultists... I've got the Greater Daemon now! 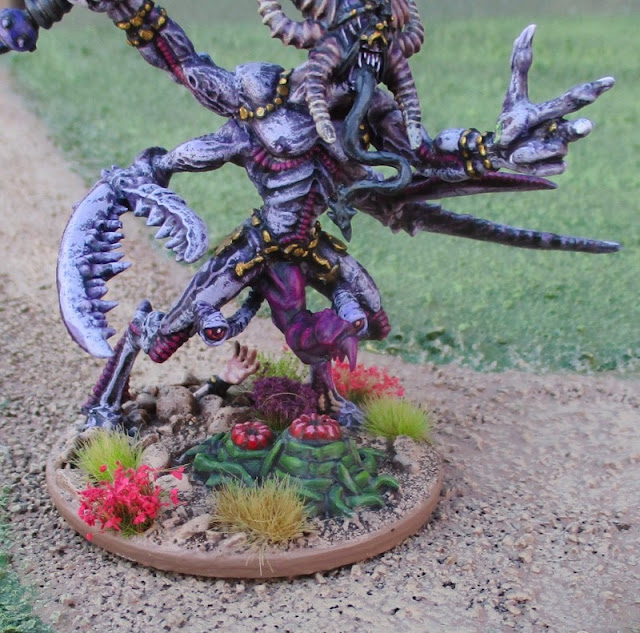 I did a bit of converting on this beastie... this is a close up of said conversions. The original model came with a loin cloth. I always wondered why a Greater Daemon of Slaanesh - the Chaos God of Excesses - would bother with a loin cloth...? 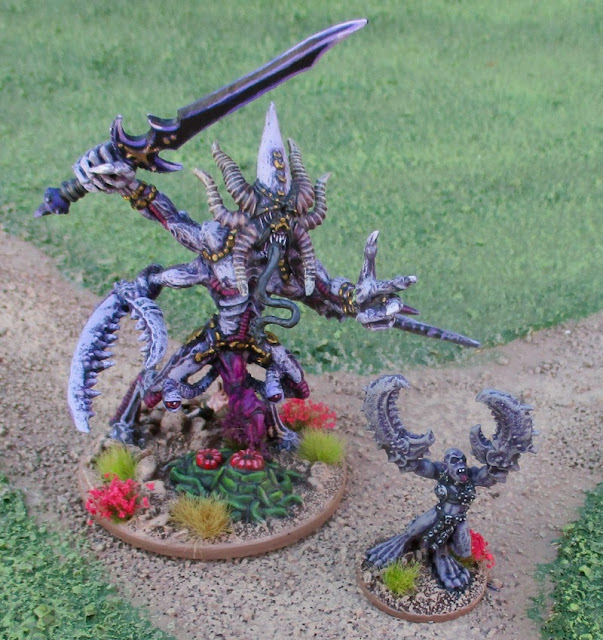 To give you a sense of how big this beastie is, here is a Daemonette of Slaanesh that I painted over the last week as well... The Daemonette is a normal 28mm figure. Maybe I should have taken a picture of it with a tank.... 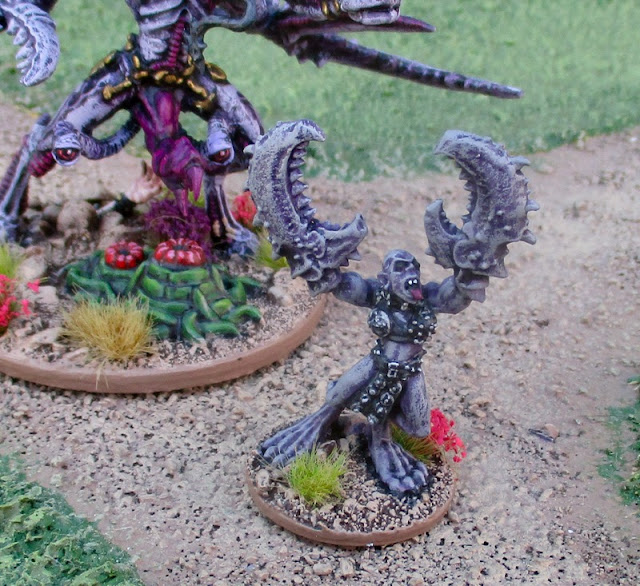 The Wrath & Glory campaign I'm going to be running on alternating Saturday evenings starts tonight... perhaps I'll have a report of how that went down?

Otherwise, it will be more minis being painted up for the Wrath & Glory Weekend campaign next weekend (which will also be used in the Saturday evening campaign, later on...)
Posted by tim at 9:46 AM