Here I will show off my Early Imperial Roman DBA armies and their assorted allies and enemies as well as some individually based skirmish-game figures and gladiators!

Here are a few pics of the first Roman Army (I have enough to make at least four more and the better part of a fifth!)

The army is almost exclusively made of old Citadel Minatures from the 1980’s. These were produced under license by Ral Partha in North America. The General on the Calvary General Stand is from Old Glory, and the Artillery stand is, I think, from Minifigs. 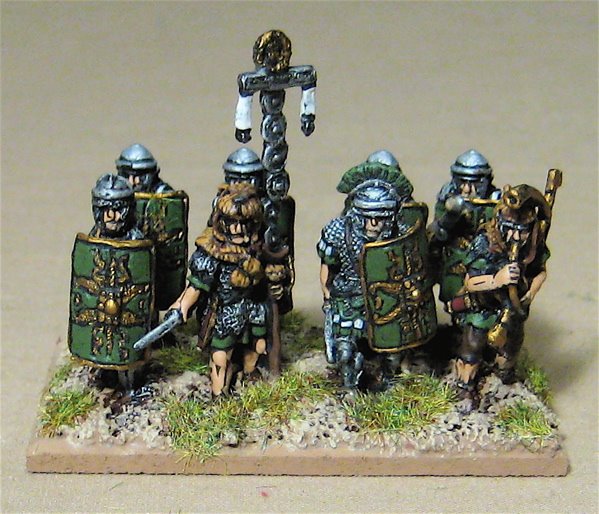 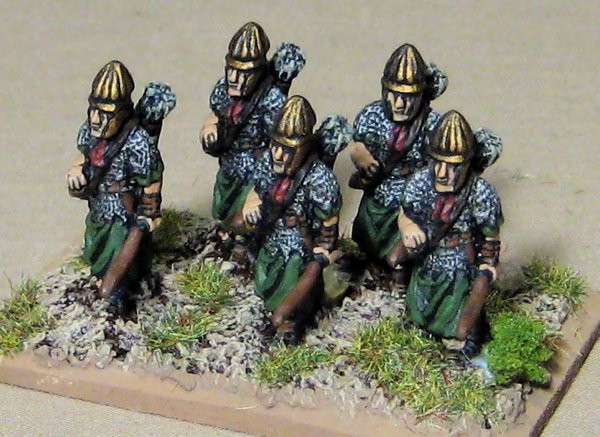 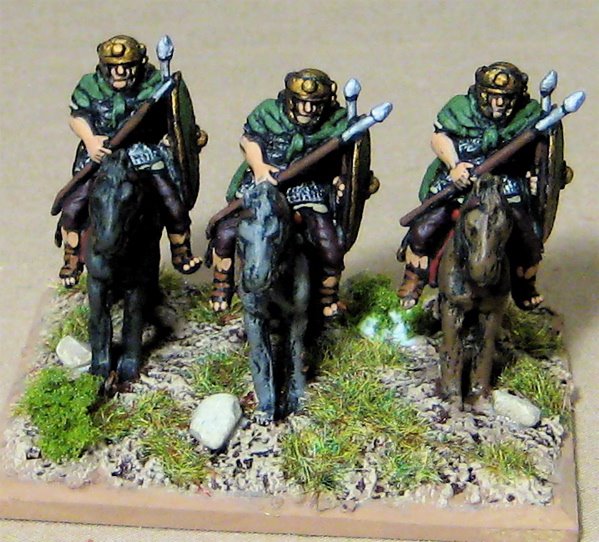 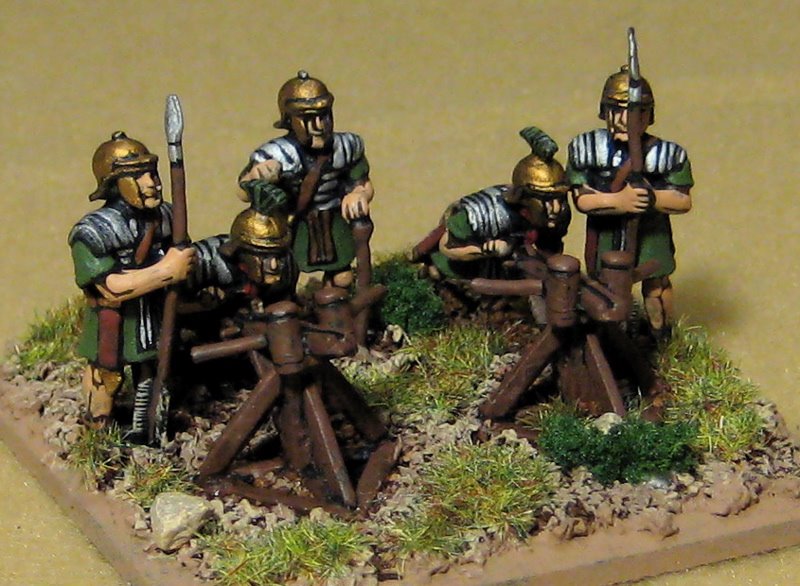 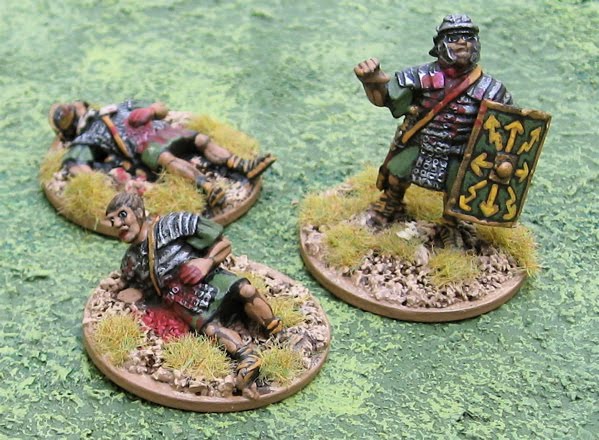 Casualties from Black Tree Design (I use these in DBA to mark where elements have been lost - when taking pictures for a game report - they could also be used for the same when playing skirmish games, I guess...) 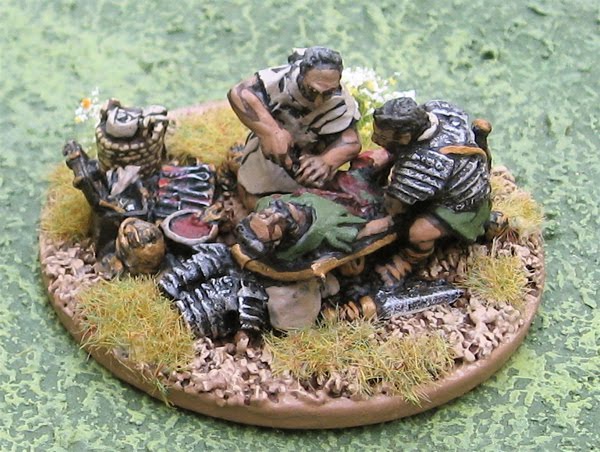 In 2011 I ran a Gladiator Campaign using Savage Worlds. I got about 10 or so players to all chip in and I made orders to Crusader Miniatures, Black Tree Design, and picked up some old West Wind Gladiator Wars miniatures from The Sentry Box. Some took their Gladiators home and had a try at painting them (Jackson, Patrick... you guys ROCKED!), two took theirs home and had their sons (Jackson and Patrick) paint theirs... the rest turned theirs over to me to paint for them and let them use in the campaign... but I got to keep them... strangely three of the guys that chipped in never actually PLAYED in the campaign... and so I never finished painting all of their figures or some the spares I had... until now!

You can check out the campaign on my Savage Worlds blog:

(You can also see a few of the figures other people painted, if you snoop around)

Here is the lot of them. There are the figures I picked up from Crusader Miniatures, Black Tree Design, and West Wind Productions, plus a few others I'd already had (or have picked up since) from  Wargames Foundry, and... possibly Elsewhere...?

Some Romans citizen spectators and trainers and such. 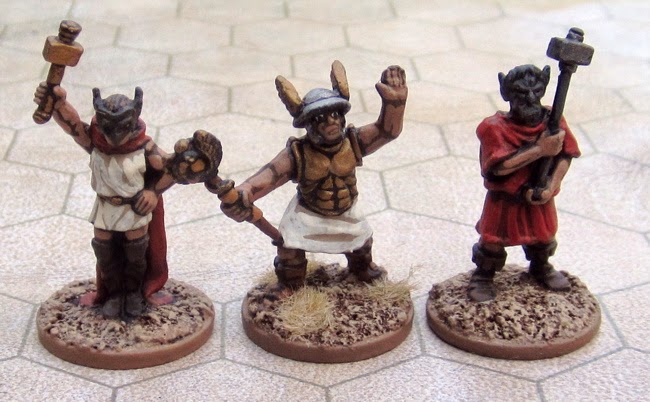 Other Arena Officials - including a pair of guys dresses as Charon who smashed downed gladiators in the head with their hammer to ensure that they were, in fact, dead. 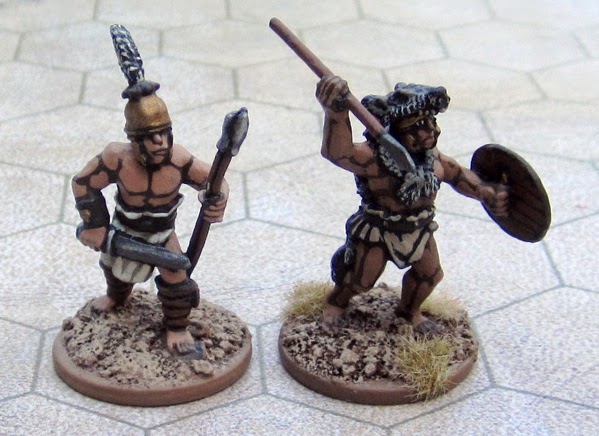 A pair of Veliti that didn't belong to anyone's Ludus.

This was Amanda's Ludus - all girls!

These guys I did for myself, but I can't remember if I actually played in the campaign. I guess I should go back and read the reports.

A crew I had painted for my friend John... who then never actually showed up to play a single game...?

These chaps were painted for my Friend Christian to use... but then he decided to use some of my nekkid, tattooed Picts (you can see them if you scroll down to the Picts...)

Darrin's team... again... never played a game (I think he ended up playing a Descent campaign with John on Saturday nights).

It was a strange campaign... most of the figures being used in in were NOT actually painted by ME! It was a first and I haven't been able to convince the Saturday night crew to do it again...

Finally I picked up a couple packs of convicts - men condemned to die in the arena - I'm pretty sure I played these guys on nights when I broke them out. I did that from time to time when the various guys teams were pretty mauled and were having to start with new inexperienced guys...)

I did also use some critters in the camapaign - Lions, etc... I'll have to add some pictures of them at some point.

Other Romans for Skirmish Gaming 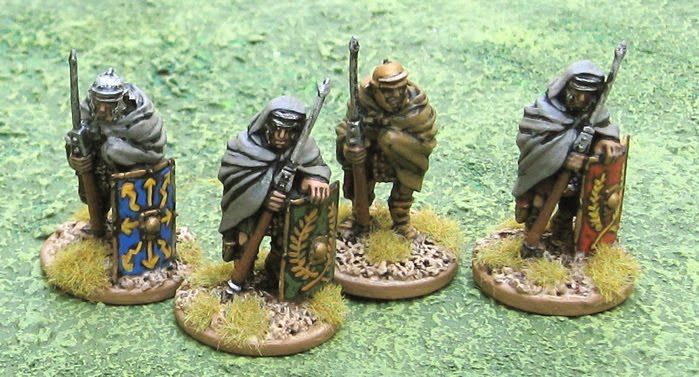 I also have many civilians and soldiers which I've been working on and hope to post here in the not-too-distant future!

I have a pile of old Rafm figures to make a Early German DBA army with (someday!). I also have a few from Black Tree Design that I've based individually for skirmish gaming:

I wasn't quite sure where to put these Picts. The Romans I have above are mostly Early Imperial types that wouldn't have faced any Picts... I could put them in the Dark Ages Gallery... but those are mostly later armies (Vikings-Normans-Anglo-Danish). So I've stuck them here for now...

I have a DBA/HOTT Pictish army in the works, here are a few of the elements: 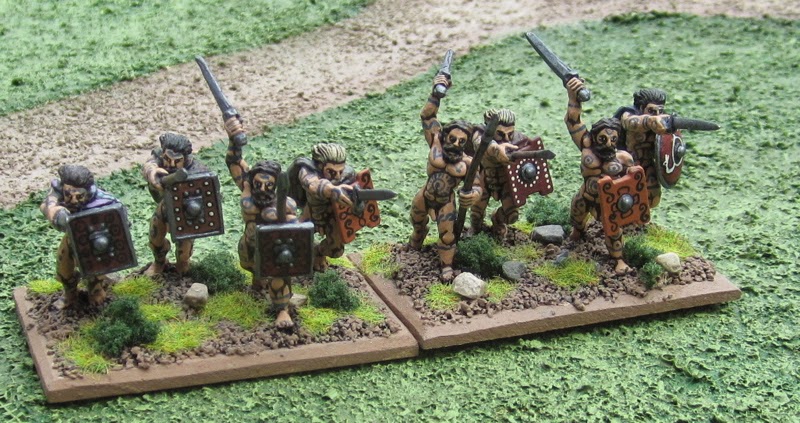 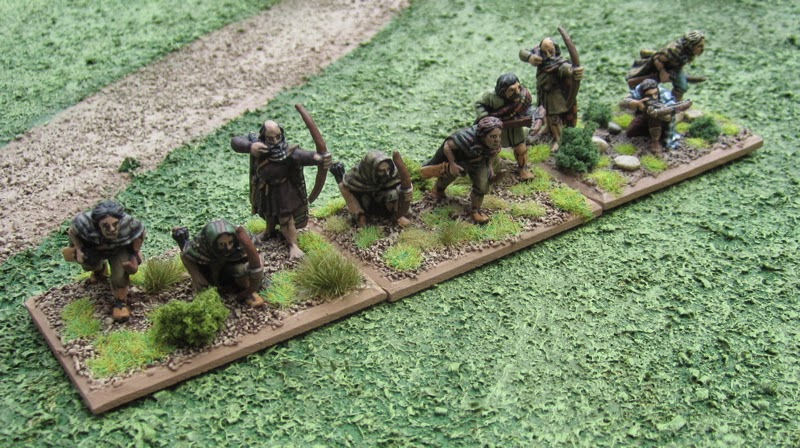 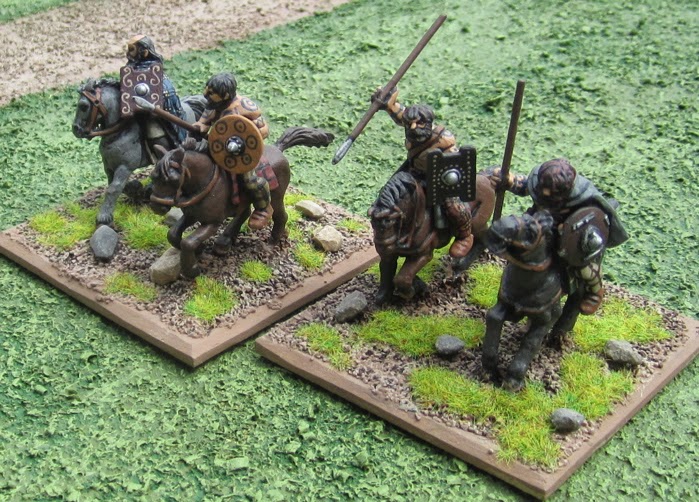 Two elements of skirmishing cavalry - Light Horse in DBA, Riders in HOTT - I'm not entirely sure about the manufacturers here... I know one is from Wargames Foundry (the furthest one - with the rectangular shield), one may be from Old Glory (the nearest one with the brown round shield) and the other two (bare-chested) I got in a trade and am not entirely sure where they came from...

I also have a few purely fantastical elements I could include in a HOTT army: 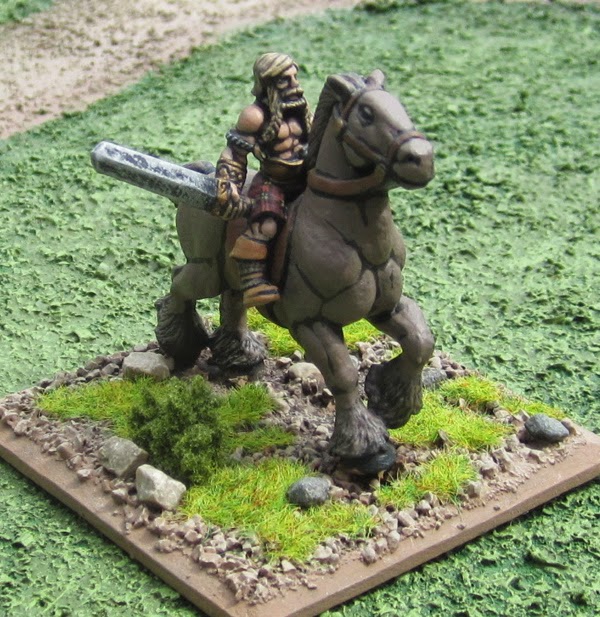 This is an old I-kore Celtos figure I figured I could use as a Hero (though a Pictish Hero would probably be riding a chariot....) 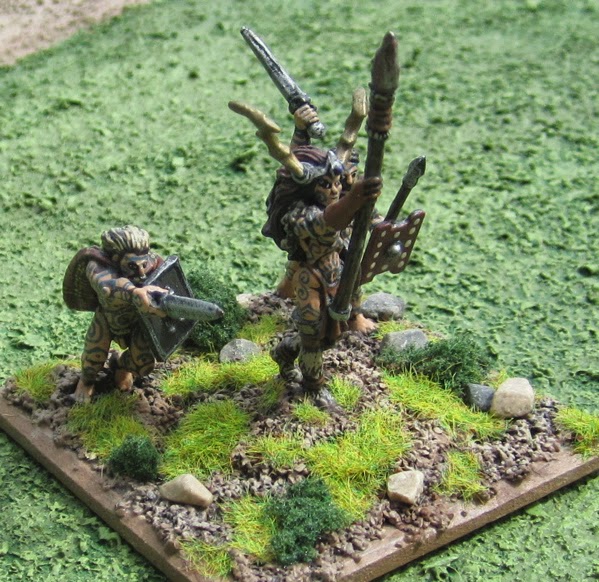 This I thought I might use as a Magician Element. The Druidic Priestess/Sorceress is, I think, from Reaper Miniatures, and her two attendants are from Wargames Foundry.

I also have a few Picts based singly for skirmish gaming

These Pictish Warriors are a mix of Black Tree Design and Wargames Foundry.

Add comment
Load more...
Home
Subscribe to: Posts (Atom)
"There are some who call me.... Tim"
Welcome to Tim's Miniature Wargaming Blog. It's not just about Miniature Wargames anymore, really. Hasn't been for a long time. I kind of just keep the name out of habit.
Here you will find reports (and pictures!) of games (miniature, or otherwise) I have played as well as news (and pictures!) about my current modelling and painting projects.... and, occasionally, other stuff...