I've been sick this last week and production has slowed, despite not actually going out or doing much...

Still here are a few things I've managed to finish up! 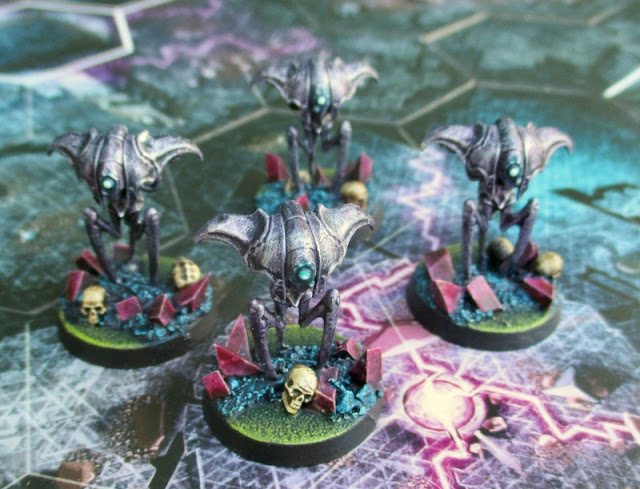 These are Spindle Drones - thought to be part of the Fortresses own defence mechanisms.

I've come up with a new way of doing the bases for the Blackstone Fortress minis. While they're not perfect, I'm a lot happier with them than with previous attempts. So much so that I've redone part of Jainus Draik's base (see below). 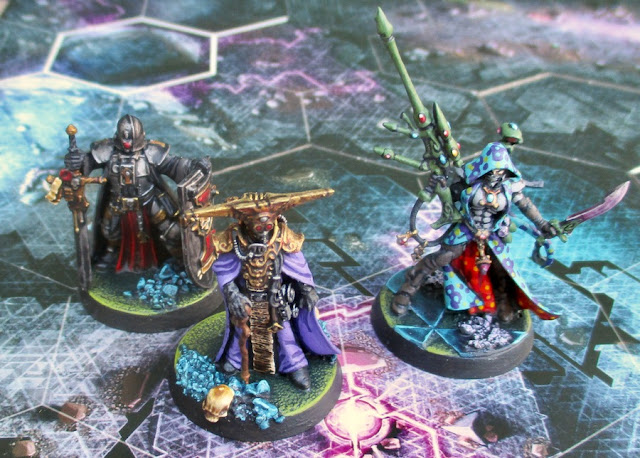 Three new explorers - now I have four done - If I can finish up the basic baddies, we can start playing! 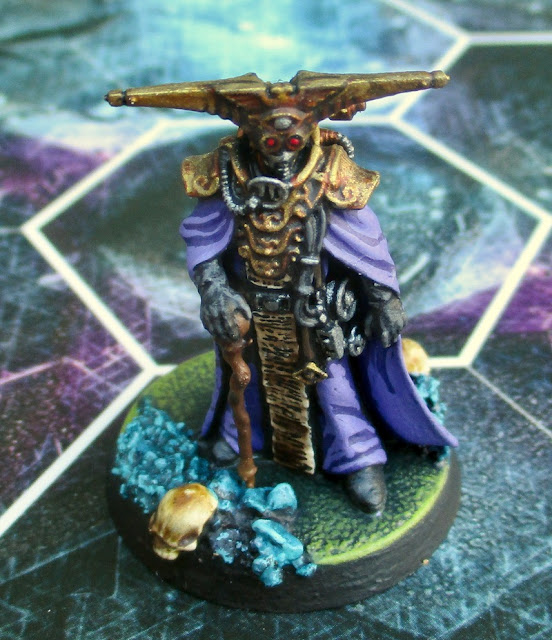 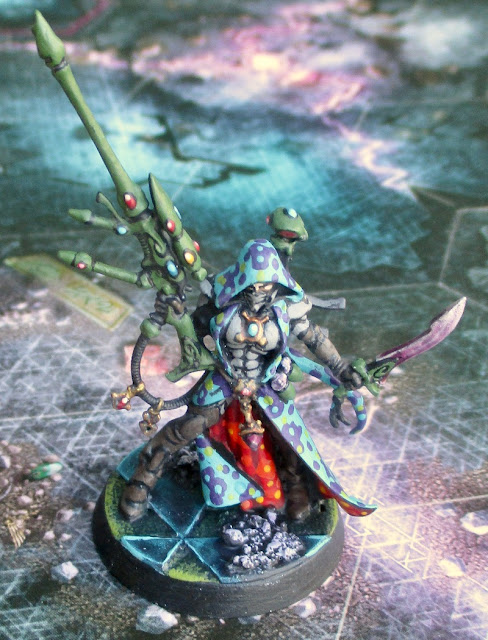 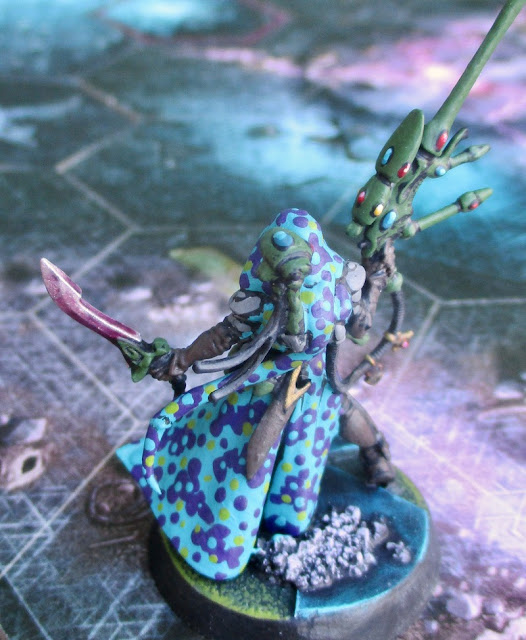 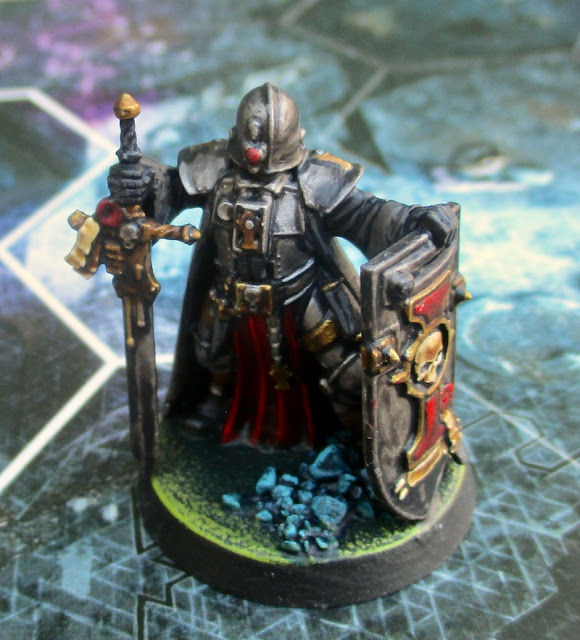 Crusader Gotfret de Montbard - this fellow is actually from the Excalation expansion (yes, I've bought expansions for the game without actually playing the base game!?) 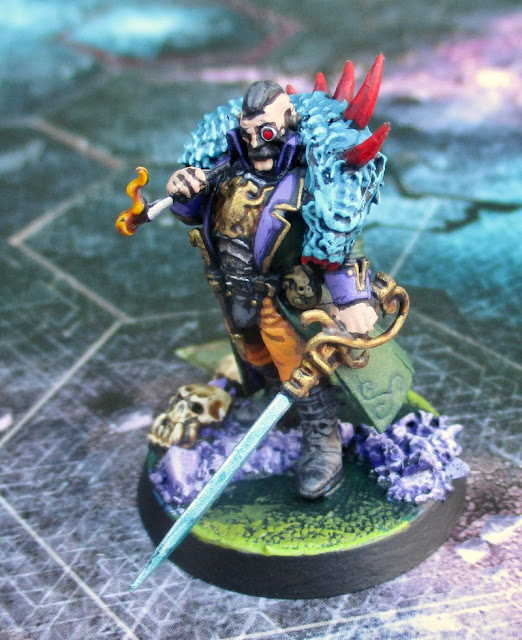 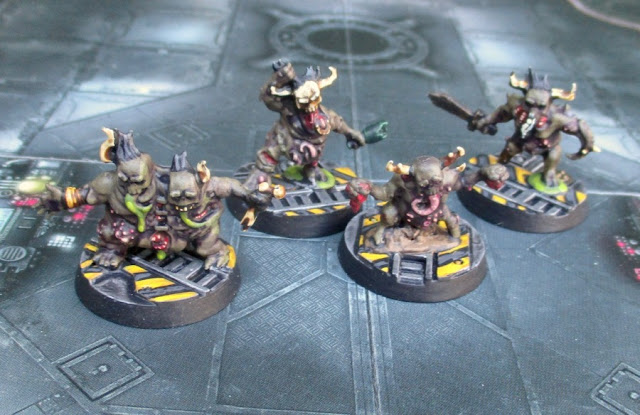 glitchlings - from Warhammer 40000 Kill Team: Rogue Trader (remember that!? Yeah, still working on those! This year, for sure, I'm going to finish them up and PLAY through those scenarios!) 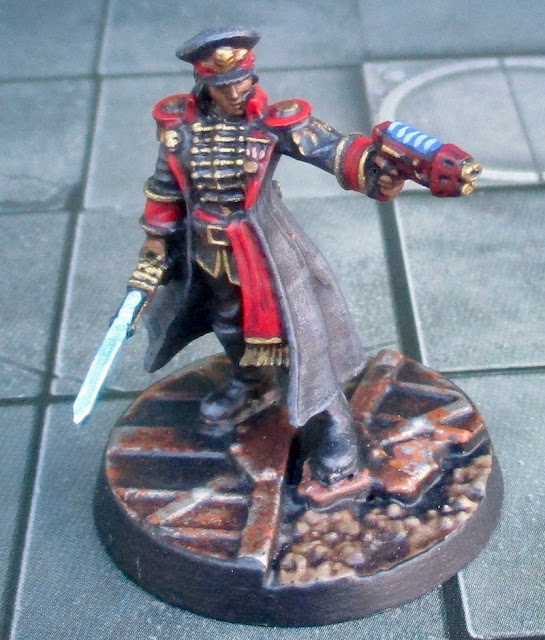 Finally a Commissar from Victoria Miniatures. I wanted to finish her up to use as the Commissar in the Wrath & Glory adventure I've been running the family through, in case they somehow manage to drag the Commissar into the action. (They probably won't, she is pretty busy with her own job, but if enough Exalted Icons were rolled on a persuasion or intimidation roll... she could be convinced...)

I've tried to clear the paint desk of all things other than Blackstone Fortress... but a few other things linger (Noise Marines!) - Painting-wise, it will probably be more Blackstone Fortress minis... as much as I'd LIKE to get on with those Noise Marines, they're going to require some thought and planning, so... they'll likely get shifted off for the time being...

Other than that... I still have a lot of bad guys to paint before I'll get started PLAYING Blackstone Fortress. There could be Hellboy or Necromunda game reports in the not-too-distant future...? (If I can ever get over this cold and invite some people over to play!) Maybe even Kill Team (I've been feeling that itch again...).

In a week there will be a round up of the games we've played throughout the month. There have been few... not LOTS, but a few...
Posted by tim at 1:10 PM