Not a LOT to report... because there is not a lot going on. Still haven't painted any miniatures. I have been creating pictures - I kind of jumped in one Dinovember, but have been losing interest this past week. You can see what I've been up to on my Art Blog:

We did get in a few games so far this month - mostly this past week. 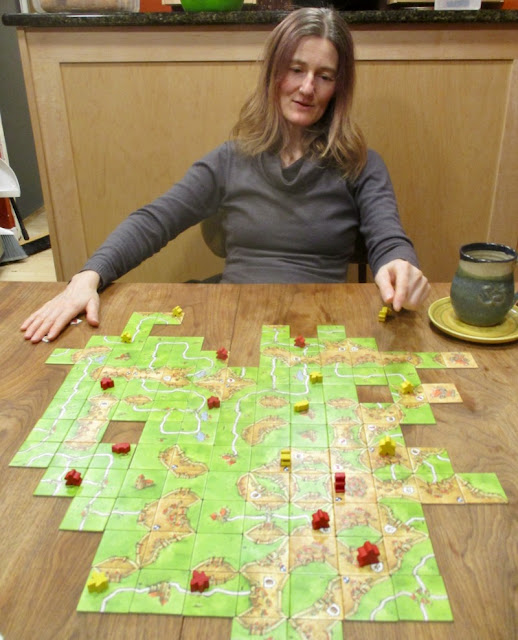 Amanda suggested we play a game this evening and I suggested Carcassonne, as we haven't played it for a while. 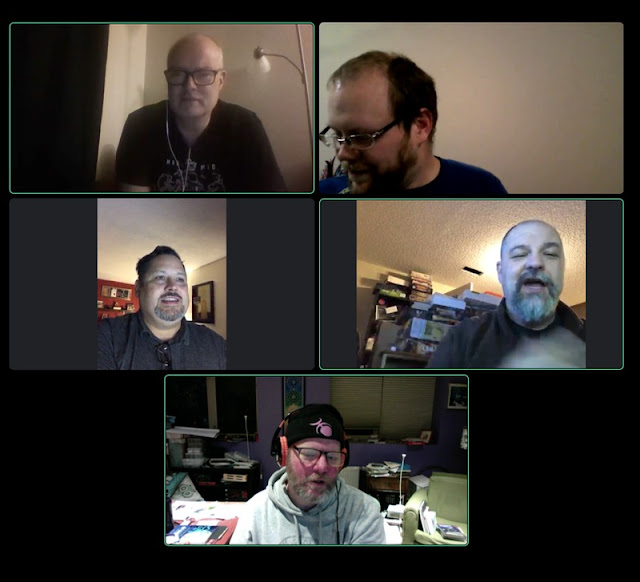 All the guys actually showed up for Saturday RPG night and we made characters for a short adventure I was planning to run using Fate Accelerated the following Saturday (or two? depending on how it went...)

All I really told them was that they were to make characters that would be residing on a Danish National Research Station on the planet Mercury in the not-TOO-distant future.

It was really a lot of fun making the characters

Jon's character is an American Geologist and a bit of a conspiracy theorist.

Christian's character is a Reactor Engineer - he's a bit of a fuck up, and this is sort of a last chance posting.

Woody's character is the station's doctor. The alcoholic black sheep of an influential Danish political family, who has been bounced around from remote station to remote station all over the solar system - to keep him off Earth and as far from the prying eyes of the sensationalist news media.

Seems like a fun group for what I have planned.

Amanda suggested we play a game. I suggested two shorter ones. 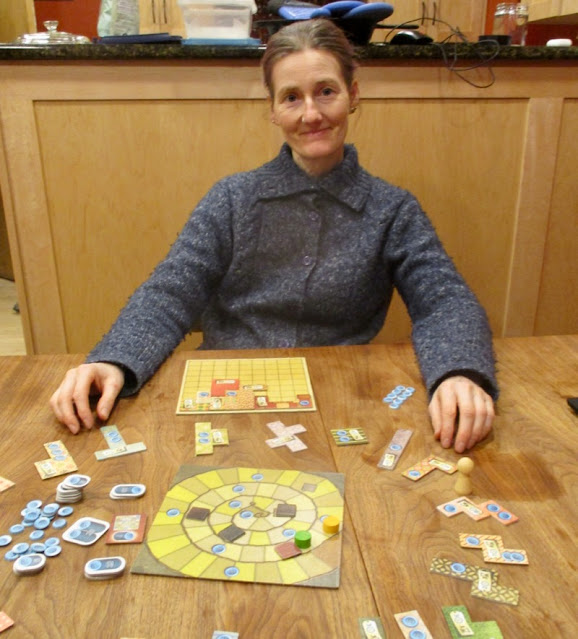 We started off with Patchwork. 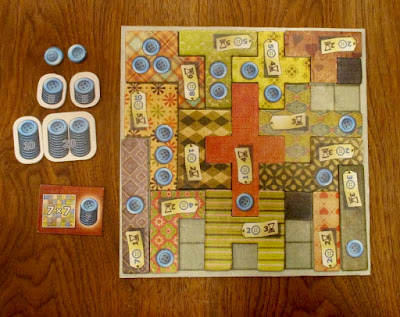 I think this may have been my Best Game Evar! I ended with 35 Buttons (Amanda had six)! I think my previous highest score was, like, 20...? 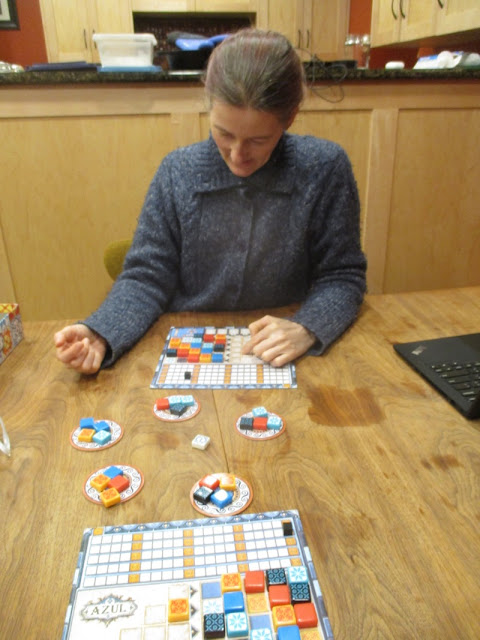 Next we played Azul... I thought I was doing pretty goo here to... but in on the last turn, especially with the end-game scoring - Amanda just blew right past me, leaving me in the dust... Ah, well... It's just fun to play - I like making patterns.

Both of these games we have now played 10 times! (which was actually the reason I selected them - I was looking at my "five and dime" lists on BGG and thought I should play a few of those on the "five" list that were at 8 or 9 plays, just to move them over to the dime list... I should look through the general play list and see if there are any games with 4 plays - to play again and get THEM on to the five list... 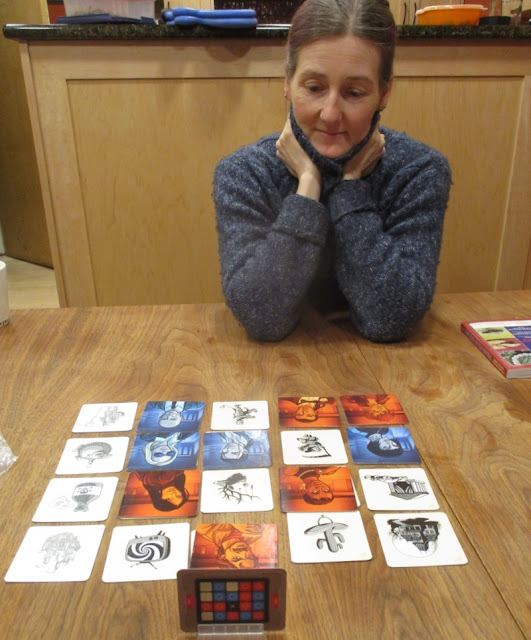 Thursday we tried playing Codenames: Pictures - with the two-player/co-op play version of play. The idea was to discover all OUR agents (red) before all the blue ones were revealed. The first game I played the Spymaster and we ended with just one blue agent that hadn't been revealed. 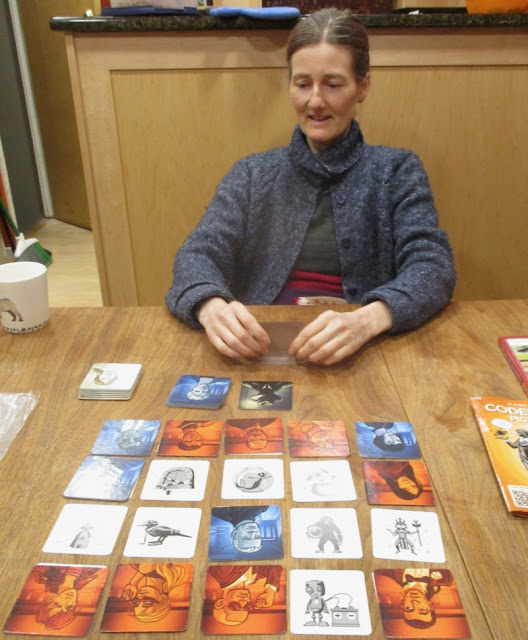 Then Amanda took a turn at Spymaster and we revealed ALL eight of our agents with only four blue agents being revealed (THREE were still hidden!)

These two plays put this one on the dime list as well!

Our friend Kurtis came over for supper and games on Friday evening. 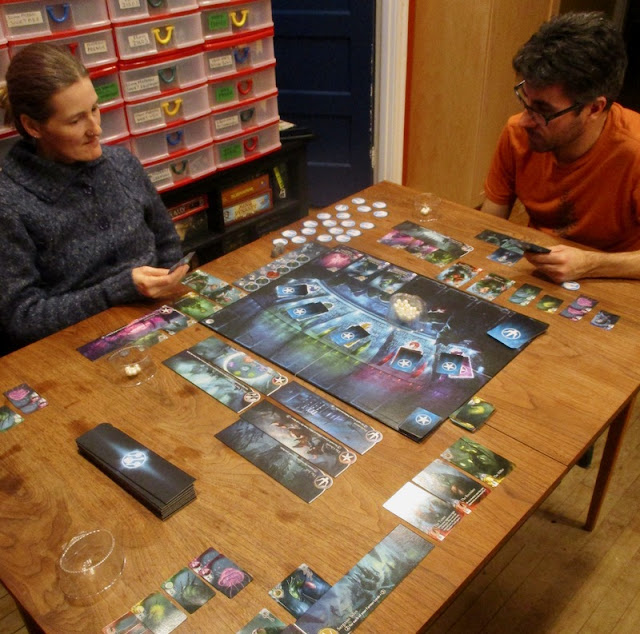 We started with Abyss. 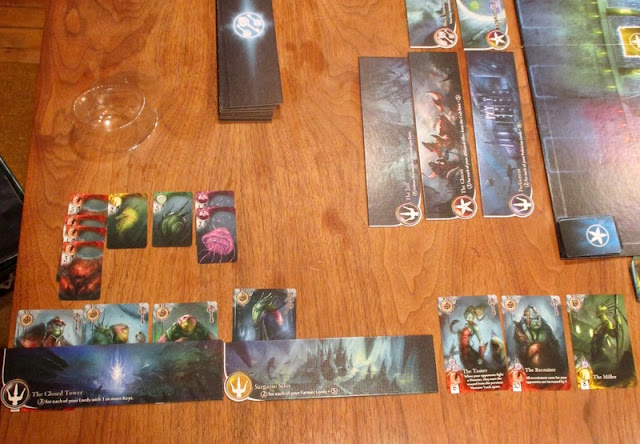 Damn, I was feeling like I was ON FIRE and playing my best game EVAR (or was just getting really lucky...?). What's going on this week!? 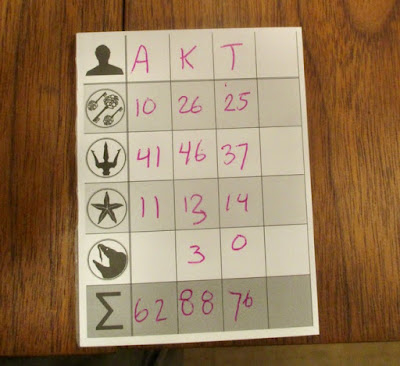 But as it turned out my BEST EVER wasn't quite as good as Kurtis' trying-to-figure-it-out play... Ah well... I was having fun, so... 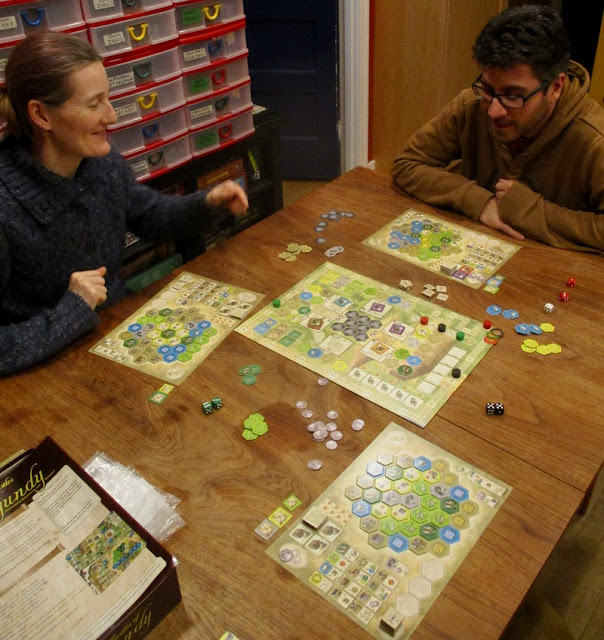 Next we played Castles of Burgundy. It was really fun to play with 3 players (as most of the last half-dozen-or-so games I've played were 2-player games with Amanda - there were simultaneously more options, but more challenge in that I to REALLY had prioritize what I wanted to do in a given turn as there was TWO people going before my next turn snapping up all the good stuff... 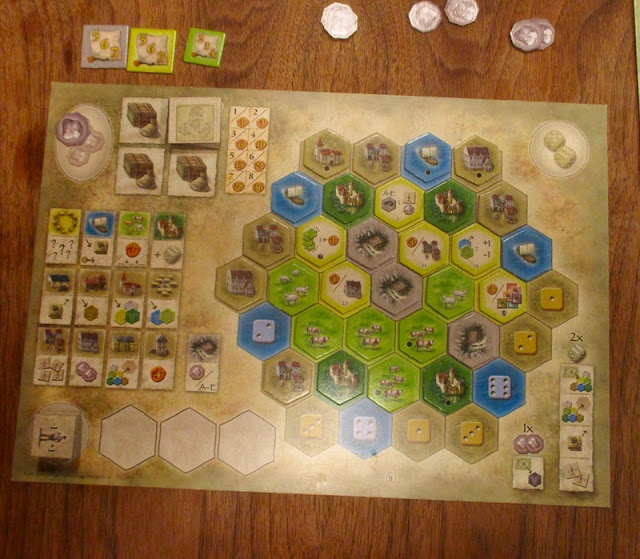 Kurtis took an early lead and maintained that almost right to the very end.... but I, apparently, was playing the LONG game - setting myself up for big points later in the game or in game-end scoring. I think THIS definitely was my best ever/highest scoring game of Castles of Burgundy. Amanda, no the other hand, who usually dominates Castles, just couldn't seem to get her game together tonight? 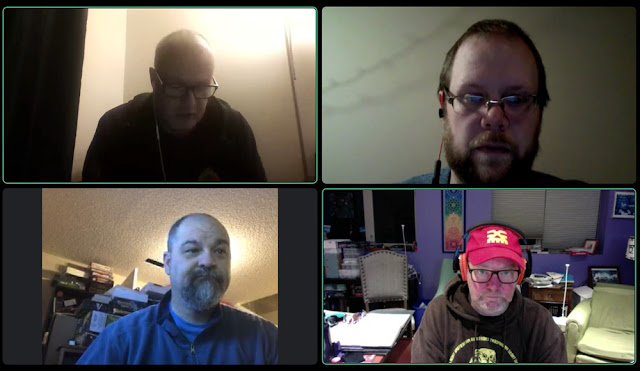 Started playing the Mystery on Mercury adventure I cooked up for the lads using Fate Accelerated. Didnt quite get through it all and ended on a glorious cliffhanger! 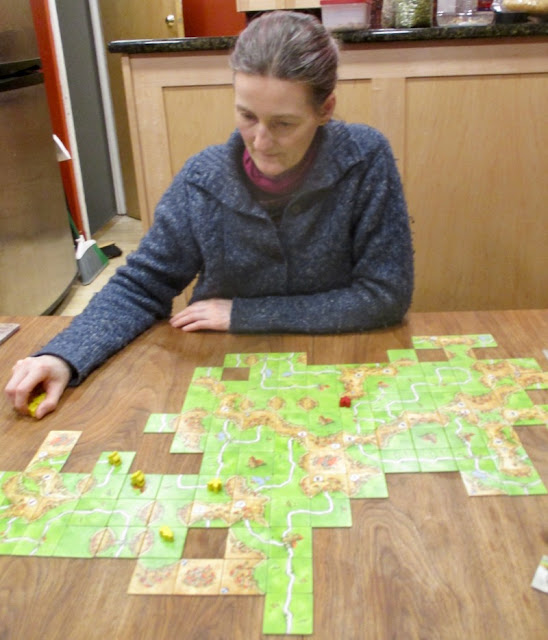 Finished the first two weeks of November the way we started - with another game of Carcassonne.

Not much else going on. We had a large snow event and we've barely left the house this past week. There are a few pictures over on the Bike Blog:

Probably back in a couple weeks with another game update... Let me know if you stopped by by posting a comment below - and tell me what games you've been playing!