As I mentioned this latest spurt of painting far future infantrymen was spurred on by an idea to run the free sample adventure for Only War called Eleventh Hour. In that adventure the four main pre-generated characters are a knifey-hand-to-hand dude, a chick with a heavy flamer, an Adeptus Mechanicus Techpriest, aaaaaand an OGRYN!!! Now I know I could have used any sort of characters I wanted – seeing as how I’ll probably use a completely different system to run it… but the boy does love the massive monstrous types… and to play one as part of the “good guys” team… well… I couldn’t not try and trackone down… 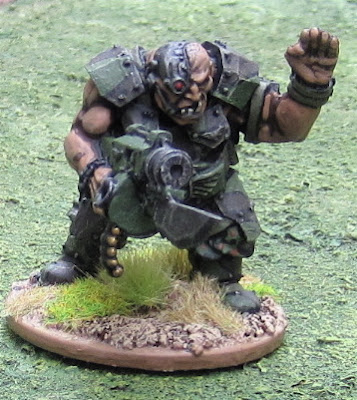 This is an Ogryn with a Ripper Gun from Games Workshop. 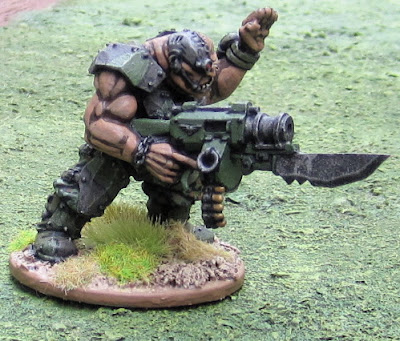 He's a big beastie. I probably should have put some other guardsmen in there for comparison... 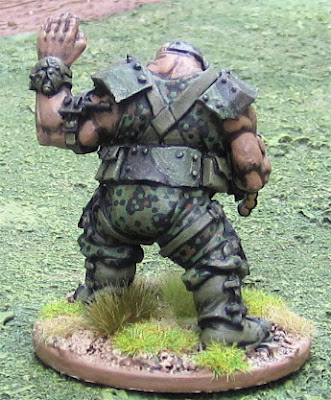 I’ve painted him in the same camouflage as the Catachan troops I’ve been working on as well.

Probably a few more 40K items… some more Catachans… some Orks… and then hopefully back to the Great War…
Posted by tim at 10:21 AM