Last week Mr. Bertolini stopped by for a little game of Contemptible Little Armies. I just wanted to play another sort game with some small forces to get the rules sorted in my head again.

All the cool kids seem to be playing this “Very British Civil War” thing… and I’ve found it a rather intriguing idea. Of course I know nothing of the “official” history or politics or factions, but I imagine there would be some sort of “Republican” movement leaning to the political left, and some sort of “Royalist” movement leaning to the political right… Anyway, that’s what I’ve used.

After many weeks of fighting in and around Slopshire. The remains of the Slopshire Textile Workers Trade Union and the Slopshire University Faculty Association are the last holdouts of the Republican cause and have holed up in a ruined industrial area.

The Royalist forces must attack and winkle out the Republican forces holding the ruined factory complexes.


(Remember: click on the pictures for a bigger version) 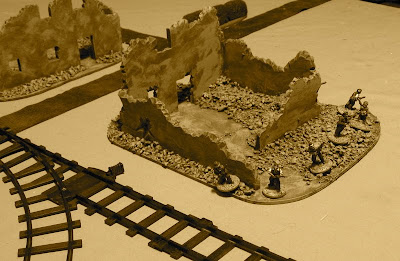 The Slopshire University Faculty Association holding out in the ruins of the Powdered Baby Milk Factory. 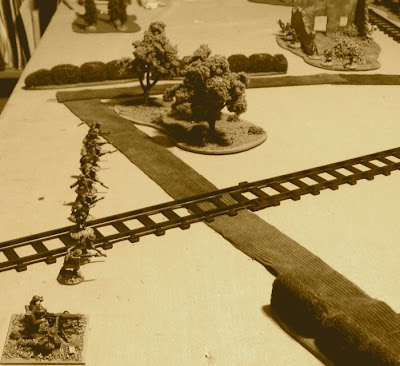 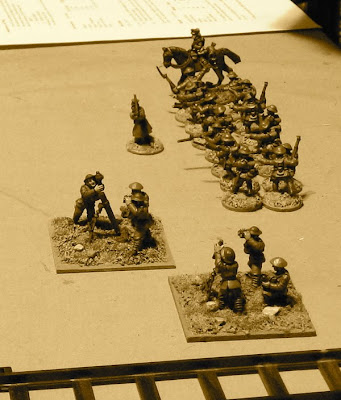 Colonel Lehne with the Slopshire Rifles and Trench Mortar Battery begining their advance. 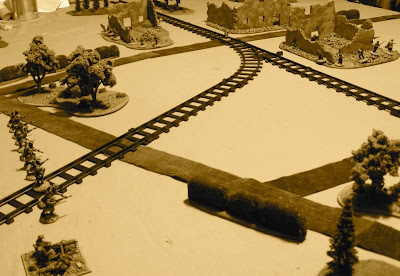 Panoramic of the ruined industrial area. 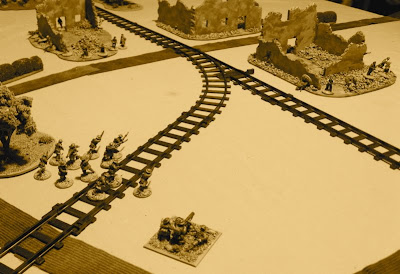 The Highlanders move up to their Kicking off point and hold for a bit while the MG and the Mortars begin their preparatory barrage of the Slopshire University Faculty Association holding in the ruins of the Powdered Baby Milk Factory. 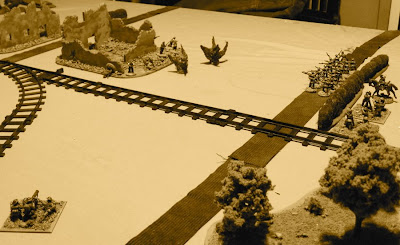 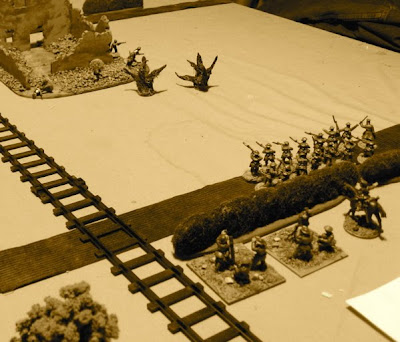 More casualties caused by the MGs and pretty fireworks from the Trench Mortars.

The Troops ready for the assault waiting for the preparatory barrage to lighten up.

The Rifles begin their advance – taking fire from the Faculty Association. 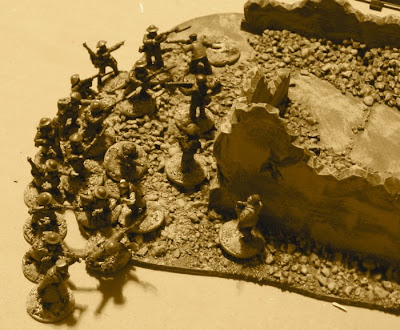 The assault goes in. 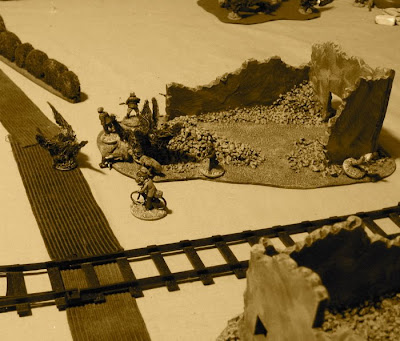 The trench mortar shifted it’s barrage to the ruined Faux Persian Carpet Factory
Where the Slopshire Textile Workers Trade Unionists were hiding amidst the rubble.

Much to the surprise of everyone, a mortar bomb actually fell among the rubble emplacements and caused a few casualties – I think the only casualties the Slopshire Textile Workers Trade Unionists took during the game… 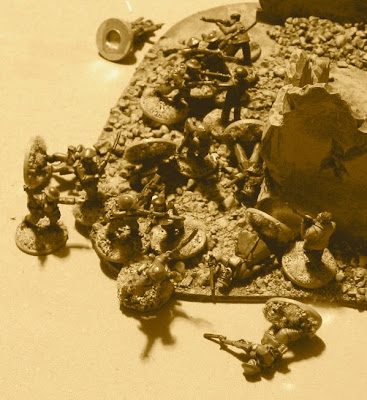 The faculty association sold themselves dearly, but, having been softened up by the withering MG fire, cracked. The few that survived the initial rush of the Rifles quickly surrendered. 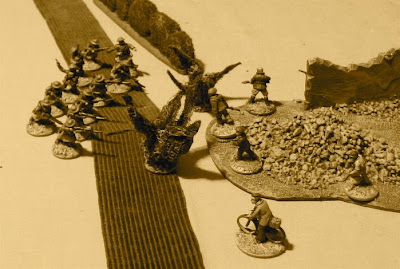 The Highlanders go in!

Many of the Slopshire Textile Workers Trade Unionists served in the Great War and were a bit more handy with a rifle. Their fire caused a few casualties among the highlander and their morale wavered. 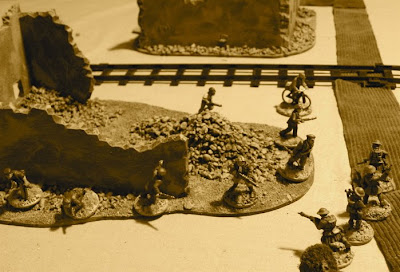 There was some confusion among the Highlanders and their advance slowed, the Slopshire Textile Workers took full advantage of the stalled advance and cut the highlanders down. 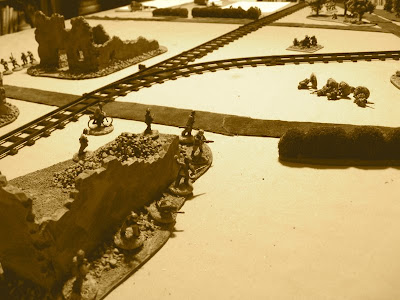 The remaining Highlander beat a hasty retreat but most were shot as they retreated.

We called it a draw at this point. The Republican forces had lost one of their positions and half of their force, but had reduced the Royalist forces to the point were it was futile to continue their attack. They would have to regroup and attack again the next day – during the night the last of the Trade Unionists slipped away under cover of darkness. – hoping to meet up with other Republican forces further south.

Should have another report for you in a couple days. Maybe a pic of a painting I’m working on that some may find amusing. Nothing happening on the figure painting front.
Posted by tim at 10:46 PM