STILL More Mistakes Were Made

Although this wasn't nearly so costly as some of the previous mistakes...

and it didn't involve Eldar...

I ordered a bunch of plastic stuff from Russia...

I'm not sure what I was thinking...

Mouslings - seem to all be later renaissance mousketeers... They are a touch bigger than the Reaper Bones Mouslings I recently painted - but not so much that I wouldn't use them together.

I saw some of the miniatures posted on, I think, the Dragon Rampant Facebook group and a mention that they were available on eBay... so I went looking... and eventually tracked down a website in Russia that sold them.  All told 100 of these hard plastic fantasy chibi AND six vehicles AND a sprue of terrain bits came to a total of about $80CAD ($61USD) - including shipping!? So... wasn't the worst mistake I've ever made...

What was I thinking I'd use all these for? I don't know... Dragon Rampant? That's just silly... I mean, I HAVE piles of armies for it already - plus piles more I already need to paint (but at $4USD per 20 of them... I could order a few more and have complete armies and... um... nah, Amanda would MURDER me!!!)

I think I'll probably just end up using them for very small scale skirmishes - like with Song of Blades and Heroes - or possibly for role-playing games. 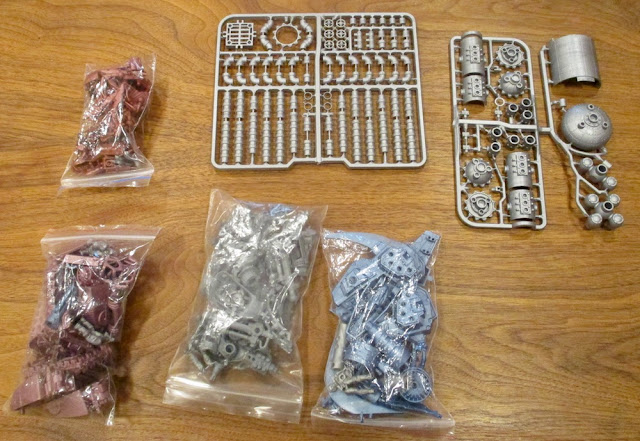 These are six vehicles... or parts for them, rather. I have no time to put them together right now... perhaps in a few weeks. 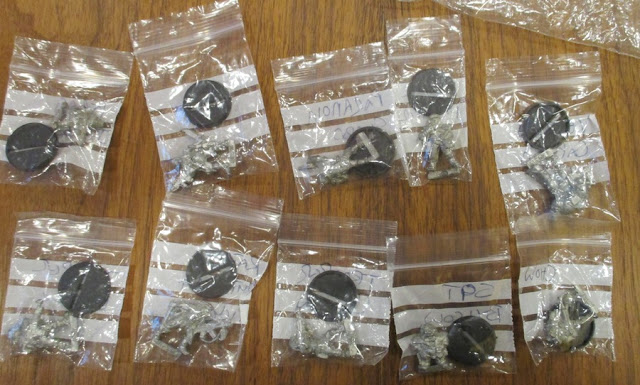 Oh and the last of the eBay necromunda/40K things arrived today as well.

Working on lots of Necromunda stuff this week - hopefully have some stuff to post at some point...
Posted by tim at 2:20 AM