In the south the army of the Sapphic League of Unity and Togetherness Finally having subdued the Isle of Anasterele sailed across to Dyladele. They had less trouble with this crossing but were unable to subdue the Island before the chill of winter forced them to return to their warm southern homes…

The Armies of Ronarok held in their newly captured stronghold of Wienglenn content to loot and pillage therein for the balance of the year.

The Dwarves retired to their capitol of Ghillebrae, expecting that the Ronarokings would come. But they did not.

(Remember; click on the pics to see a bigger version) 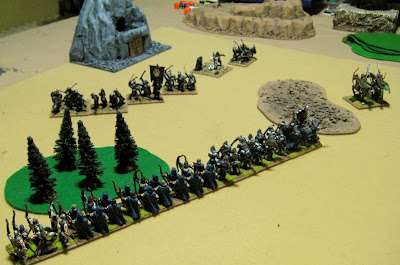 The Elves advance towards the fortress of Brashog. 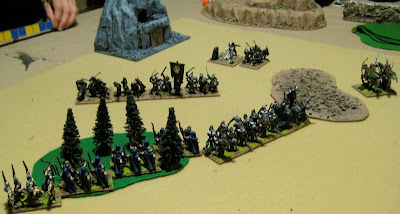 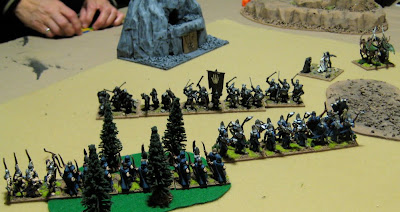 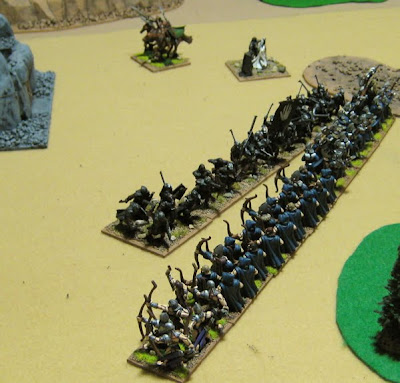 Finally close enough for shooting the elves darken the skies above the orcish line. 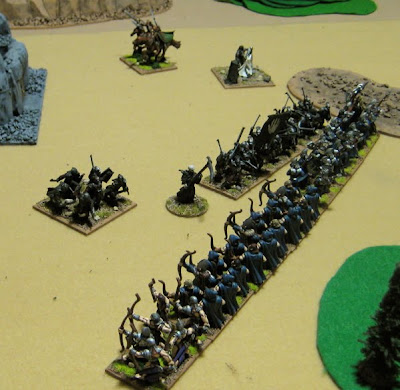 Vladimead and his bodyguard are driven back, the unit of archers annihilated… 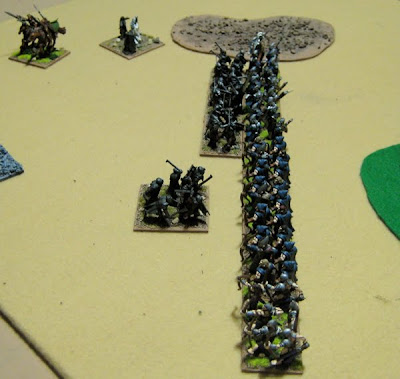 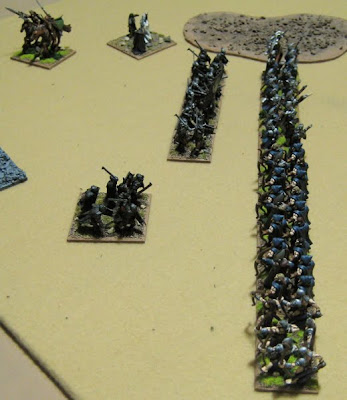 The Orc heavy infantry is driven back! 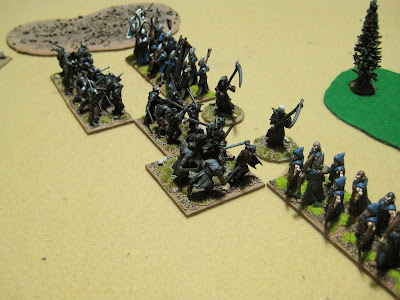 Then things started to go south for the Elves…. Vladimead returned to the battle and wiped out a unot of Elvish archers and the Orc General’s unit destroyed the Elvish infantry to their front! 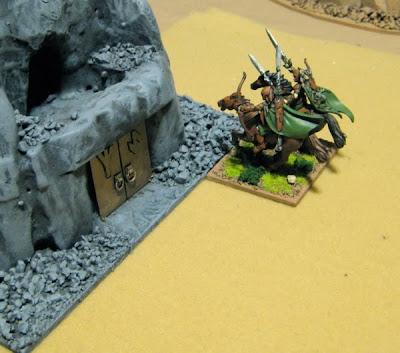 The the elite Elvish outriders – distinguished so many times in this campaign - made a desperate bid to capture the orcs stronghold behind them. 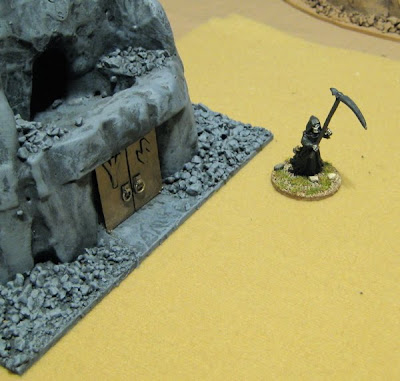 …and were never heard from again… 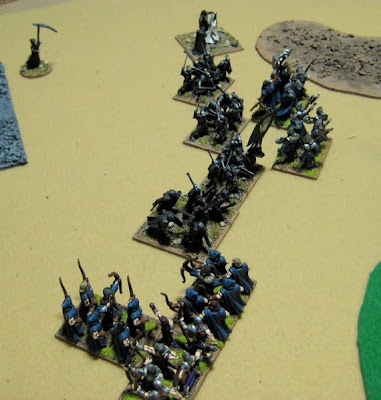 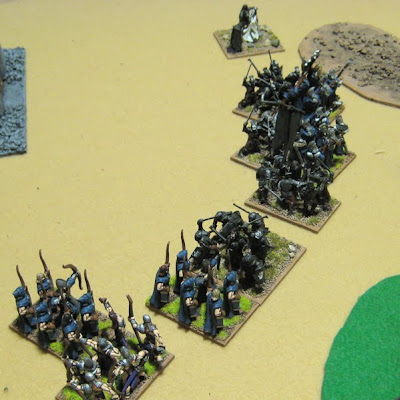 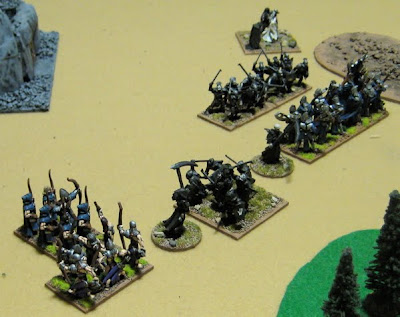 It worked out for Vadimead and his guard. They destroyed another unit of Archers.


…and that’s it! We’re calling it quits! Just about everyone seems sick of the campaign (including me) so now is as good a place as any to stop…. I would have liked it if the Elves could have wiped out the orcs to have SOME sort of conclusion in terms of the narrative (sorry Vlad)… but it just weren’t in the dice, so to speak.

I think that’s it for email campaigns on the whole. It was fun for a bit… then it dragged… people started losing interest… I had to hassle people to get them to send in movement orders… There were some problems with the rules… meh….

I had thought I’d compile all the diplomatic messages that went back and forth and post them, but that seems like it’d be more work than I care to do at the moment… maybe over the holidaze.

On the bright side, for a good chunk of the fall I had a few guys showing up regularly enough to play these battles that I got to thinking I might just run a campaign on Tuesday evenings involving them in the New Year.

I am also still pretty stoked about the Dark Ages DBA Campaign in February (though the date my yet change and be the first weekend in March…) and running a second HOTT Summer Campaign in June. Stay tuned for more info about those in the coming weeks.