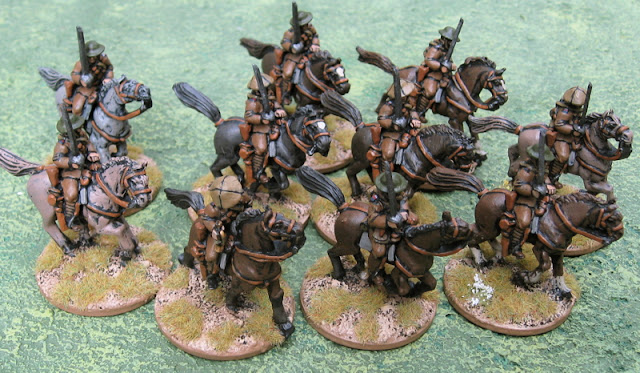 Figures are from Old Glory.

Of course this is the only real difference between the various units: 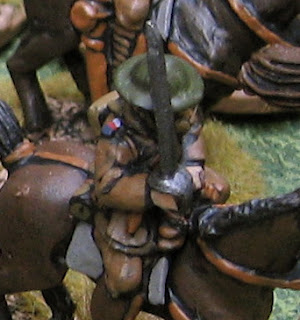 The Canadian Light Horse had a coloured patch on their shoulder straps light blue over dark blue with a red band between. Otherwise they could easily be passed off as any other Canadian (or British…) cavalry unit. 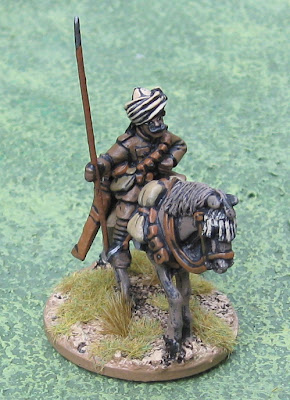 A sample of the Indian Cavalry from Brigade Games.

Probably the Indian Cavalry… Then maybe the German Dragoons….? WW2 soviets are also being plinked away at as well as a few other things crowding their way onto the painting table these days.
Posted by tim at 4:47 PM