Despite the Game Room being, more or less, completed, we did a lot less gaming this month... and I barely did any painting at all... 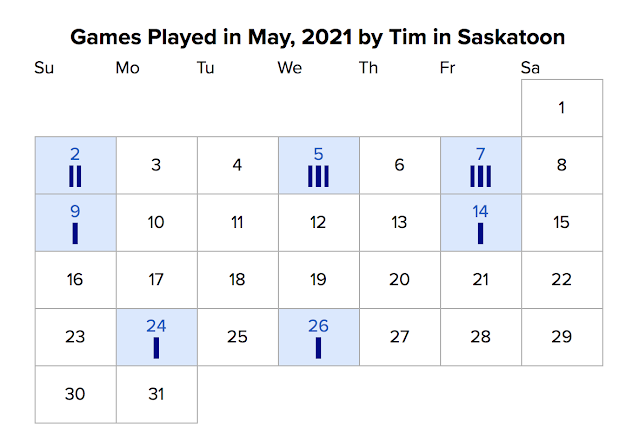 There were various reasons for this. One was that I did a LOT MORE RIDING (and rollerskating!?). Binge watching of shows on Netflix was also a HUGE suckage of time... There was other stuff going on too....

Here are some of those games we DID get to play: 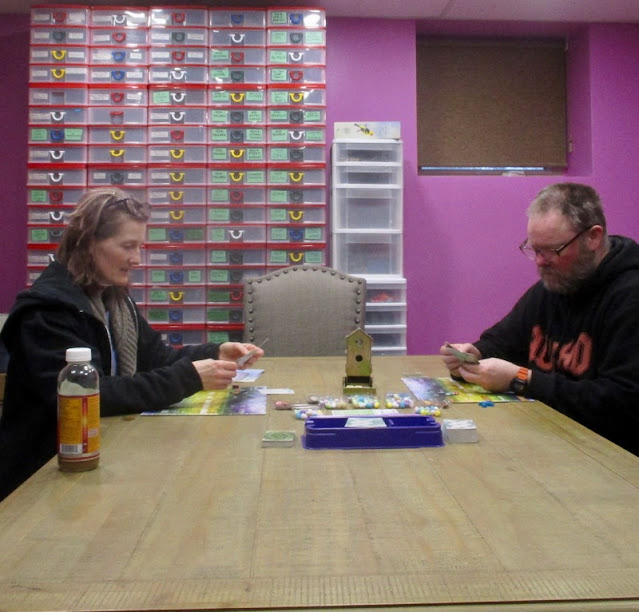 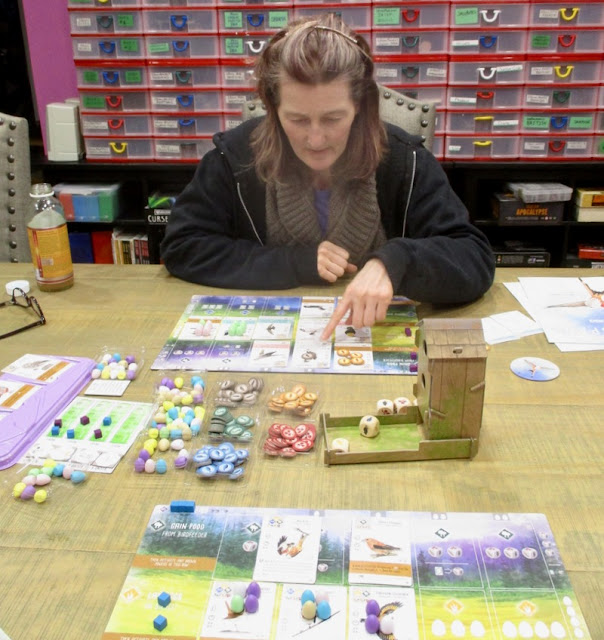 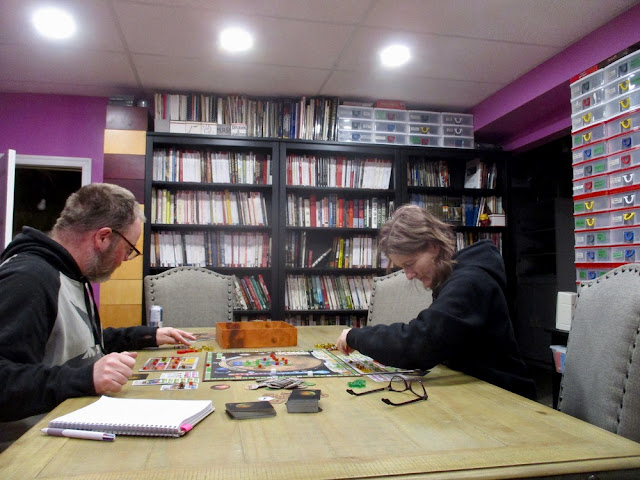 Amanda played Ecoline with Society Support and Biolab and took Ecologist and Tychoon. I  played with Tharsis Republic with Dome Farming and Supplier and took Specialist, Desert Settler and Estate Dealer and - HOLY CARP! - I actually won the game!!

Amanda claimed it was because she was too cold and it threw her game off. I had to point out that's kind of her own fault for changing plans, mid-project, and NOT getting the radiators reinstalled back in September, when they were originally supposed to! 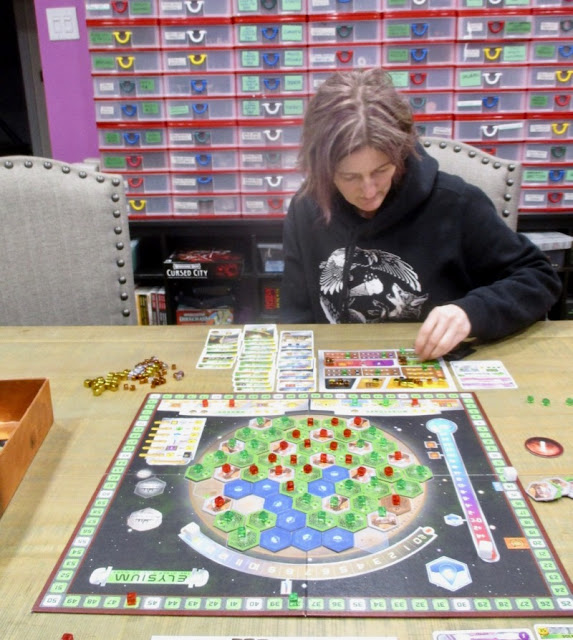 Not wishing that loss to stand, Amanda insisted on a rematch. We played with Prelude and Hellas.

Amanda played the UNMI with Metal Rich Asteroid and Galilean Mining. She took the Diversifier Milestone and Magnate and Space Baron awards I played the Mining Guild with Smelting Plant and Metals Company. I took the Energizer and Polar Explorer milestones and the Contractor Award... but Amanda totally won. 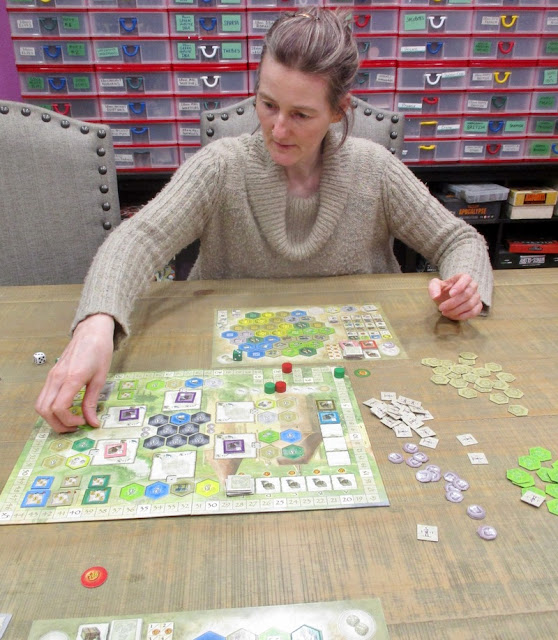 Just to switch things up, we played a game of Castles of burgundy. 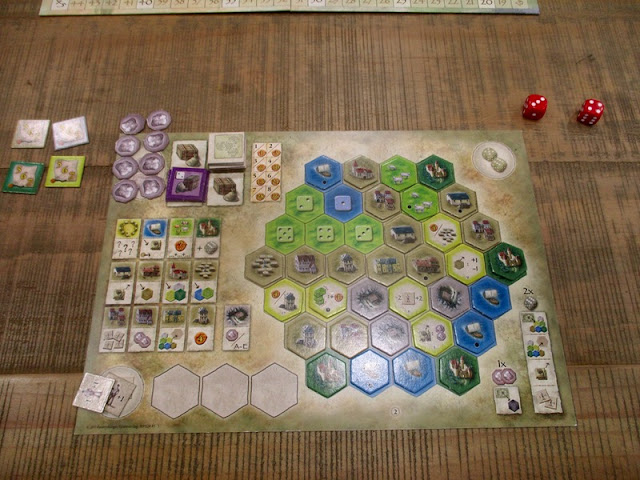 Somehow things just all came together for me this game and I squeaked ahead with a win - by a few points. 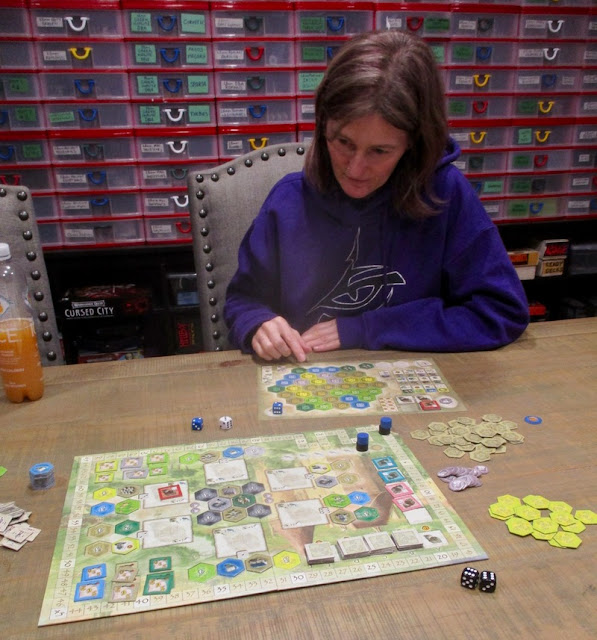 Another game of Castles of Burgundy 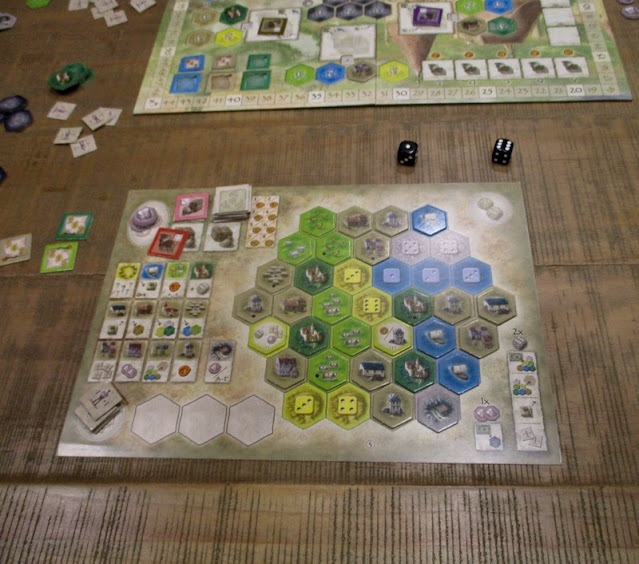 This game I was just flailing and couldn't seem to do anything. Amanda won by, like 40 or 50 points... 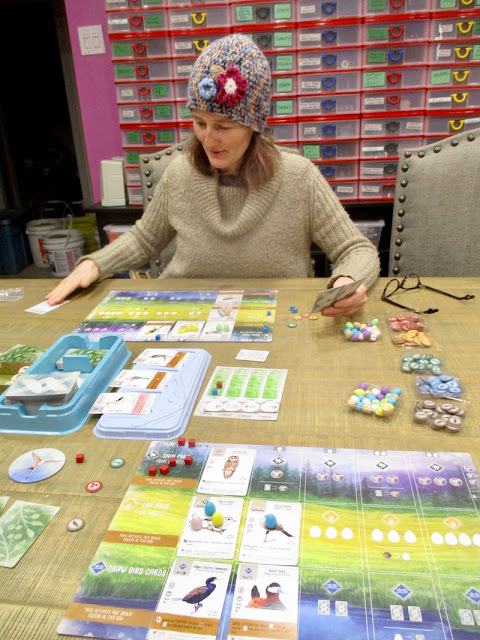 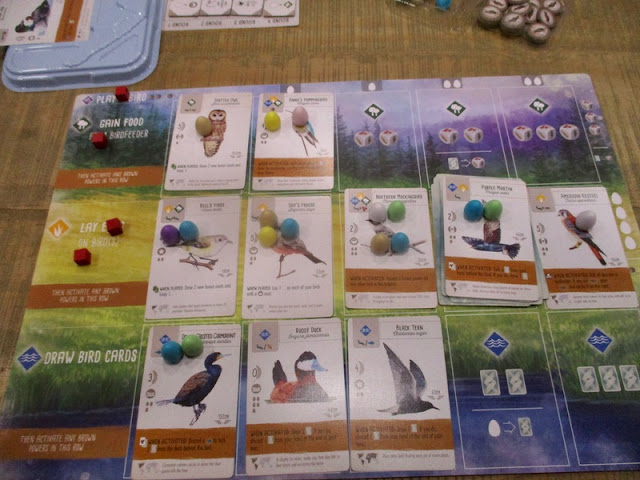 We've played 11 games of this in the month since Amanda got it for her birthday in April! 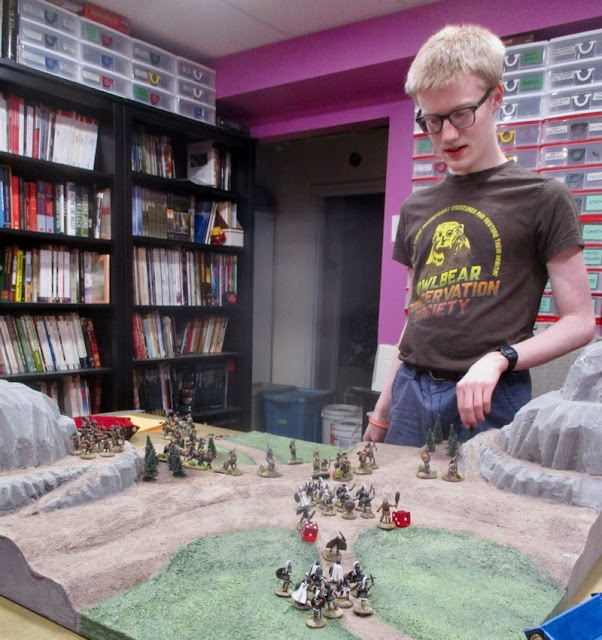 Finally got in a GENUINE miniature game! Finnegan and I played a quick game of Dragon Rampant. There are more pictures and a full report of the game here:

Jason and the Sacred Mole of Ukkert

Playing that miniature game and having all my miniatures in ONE PLACE again, got me pretty excited about playing MORE games! The only troubles - WHICH ONE and WHO WITH!? There are SO MANY games I'd like to play - but so little time, it seems... SOME of games, I might be able to convince Finnegan to play. Others might even be a harder sell with even him.

Looking forward to this pandemic ending... but, despite the massive vaccine roll-out,  it still seems a lot like there is no end in sight. A startling number of people here seem to think it's "over" because they've had their first dose... yet so many still ignoring public health orders and/or refusing to get vaccinated mean our seven day average of daily new cases is going UP!? Uggggggghhhhh....

How is everybody else doing?