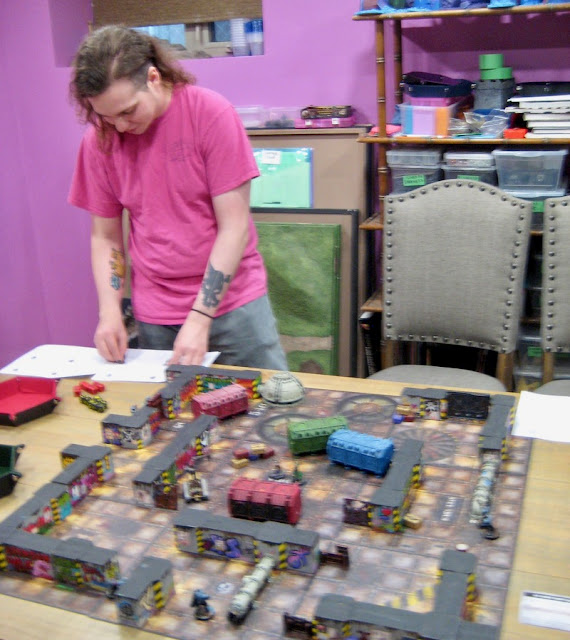 Last Thursday my friend Orion stopped by to play some Necromunda. She brought her Enforcers and I thought it might be fun to see how well Kal Jeroicho and Scabs did against a full gang... all on their own... 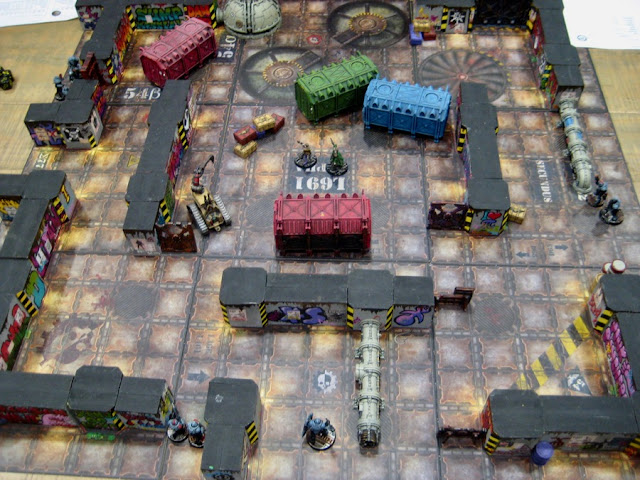 Jericho and Scabs were set up in the centre and just had to escape off the edge of the boards. The coppers could set up anywhere with 4" of an outer edge. I put walls around most of the edges, so it wouldn't be TOO easy just to run off! 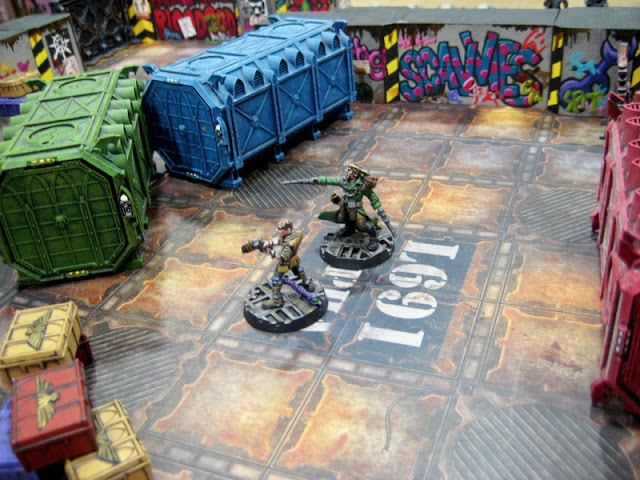 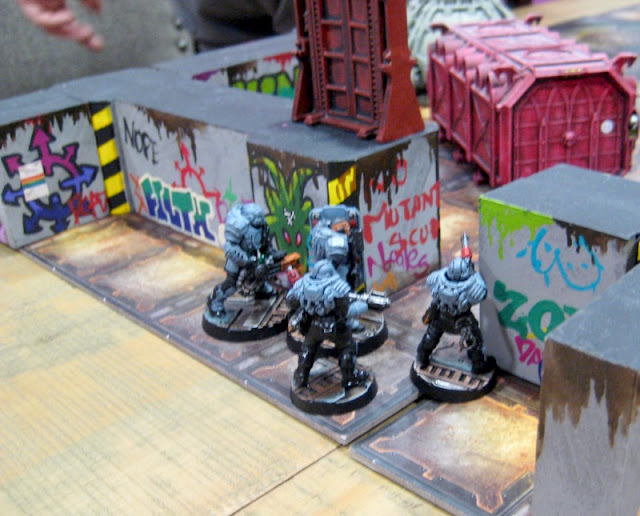 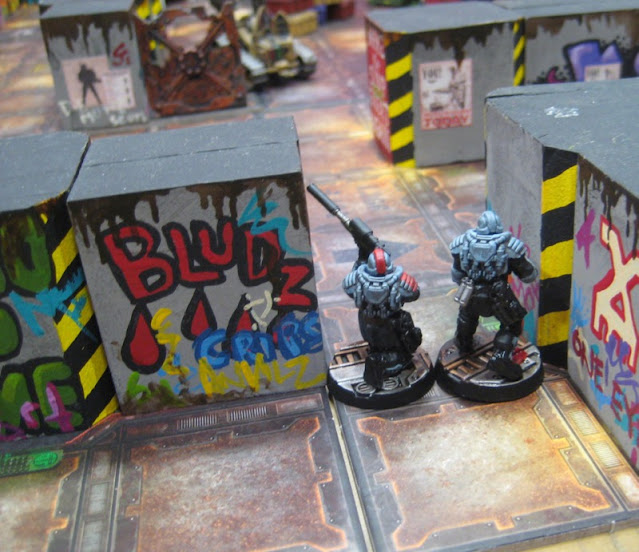 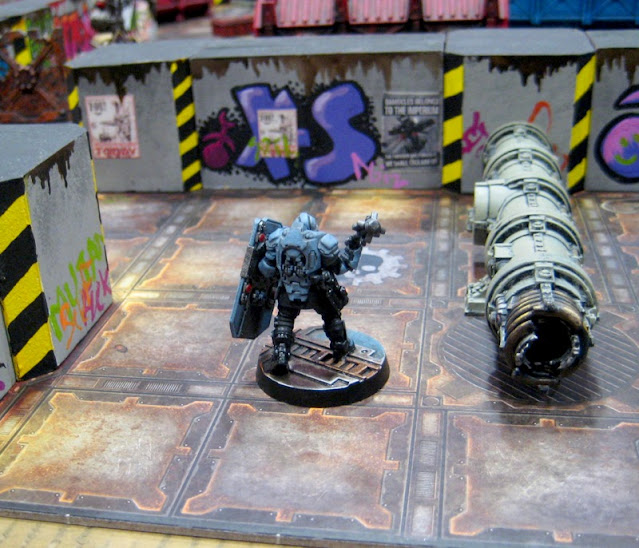 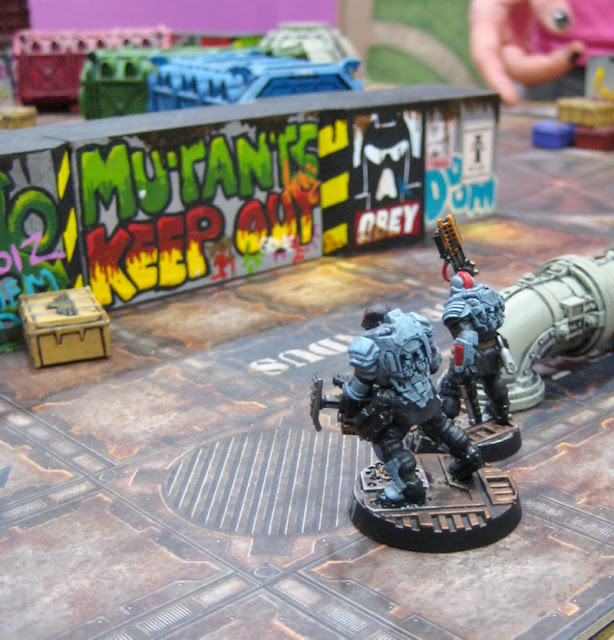 I probably shoudl have given Jericho and Scabs a few friends. 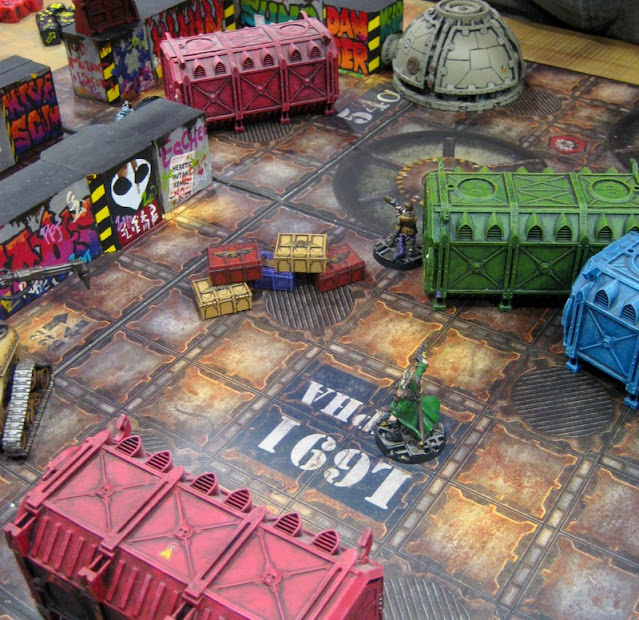 Scabs started things off moving forwards and plinking away at one of the Coppers, doing absolutely nothing...

One of the cops must have moved up... 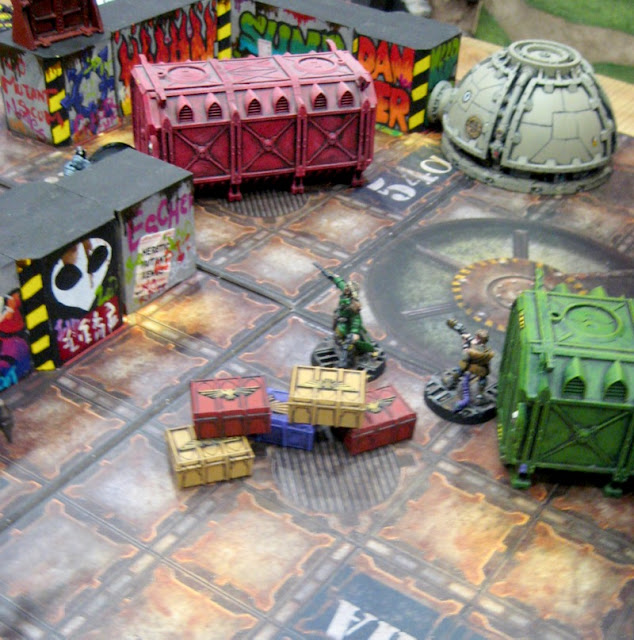 Then Jericho went and shot the Captain... but only managed to pin him... because he's basically a terminator!? 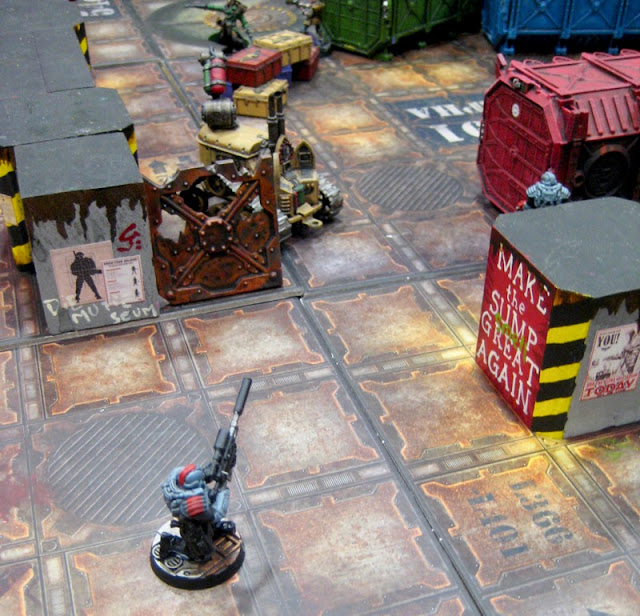 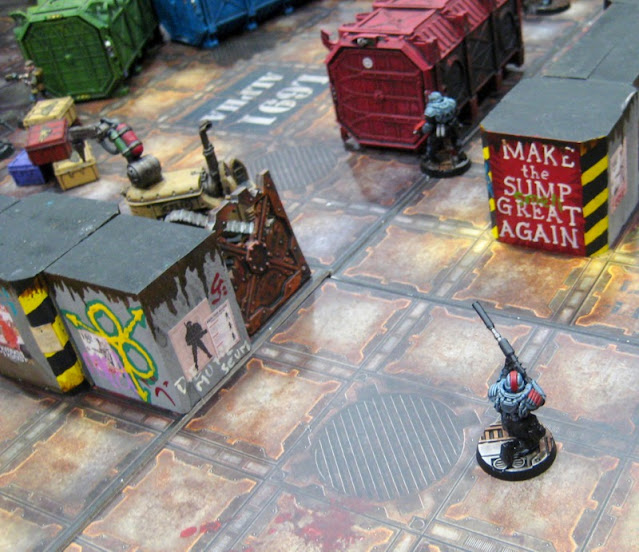 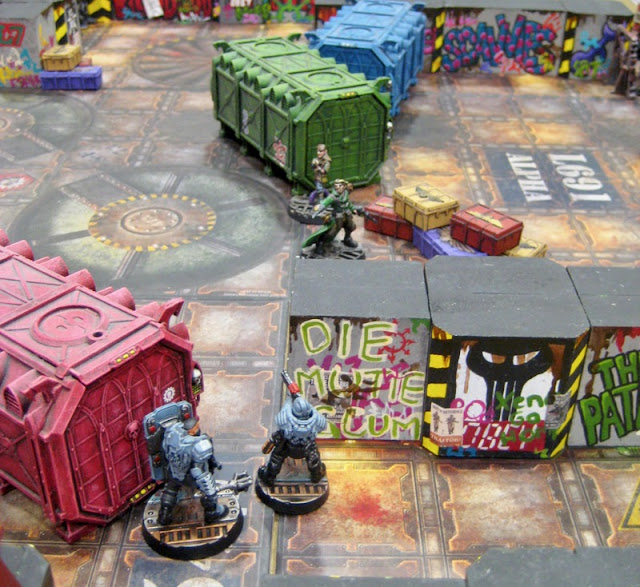 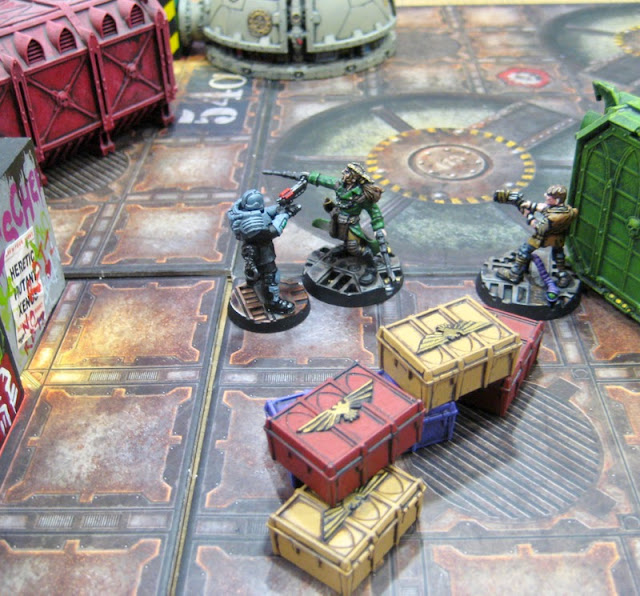 One of the Enforcers tried to move in and apprenend Jericho - but this is where he SHINES - in close combat. He dropped her on her ass! 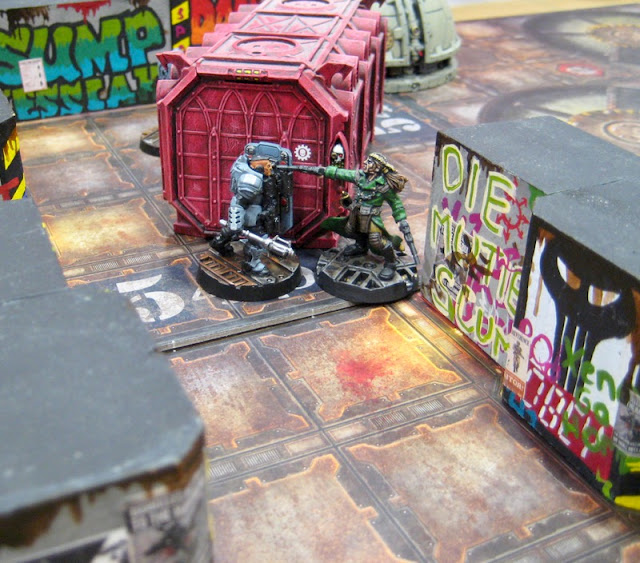 Then charged the Enforcer Captain... and... as good as Jericho IS in Close Combat... he is still no match for a freaking TERMINATOR! 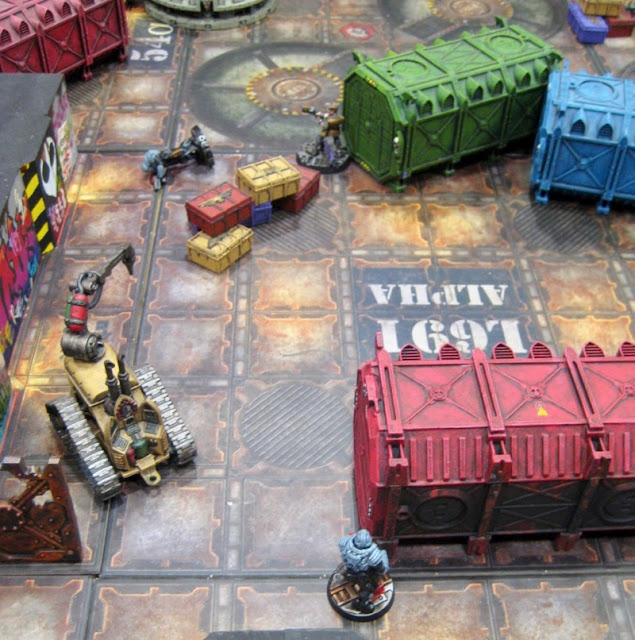 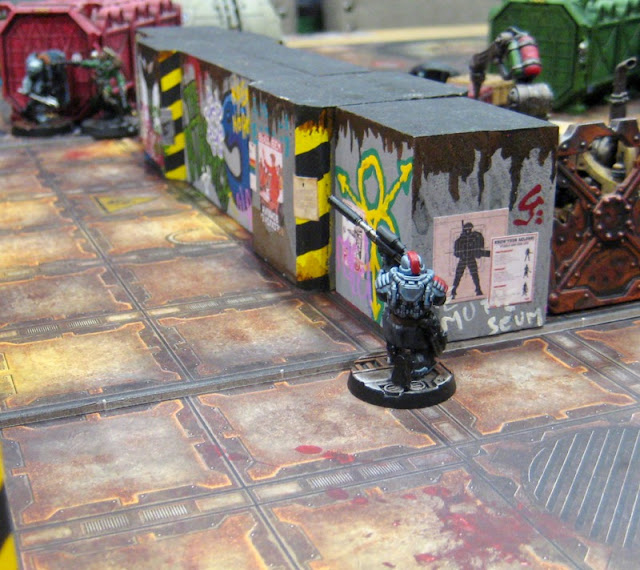 Sniper tires to get a line on Jericho. 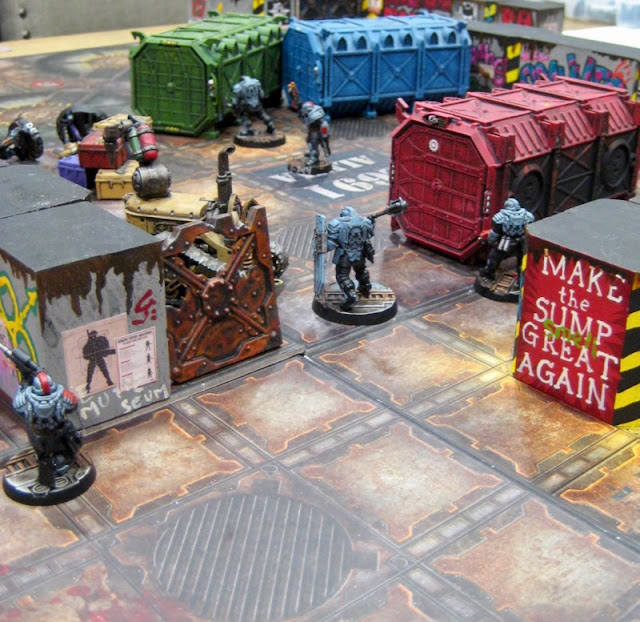 ALL THE COPS swarming in! 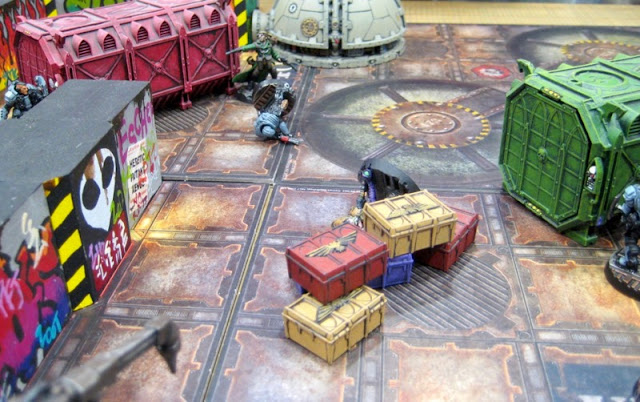 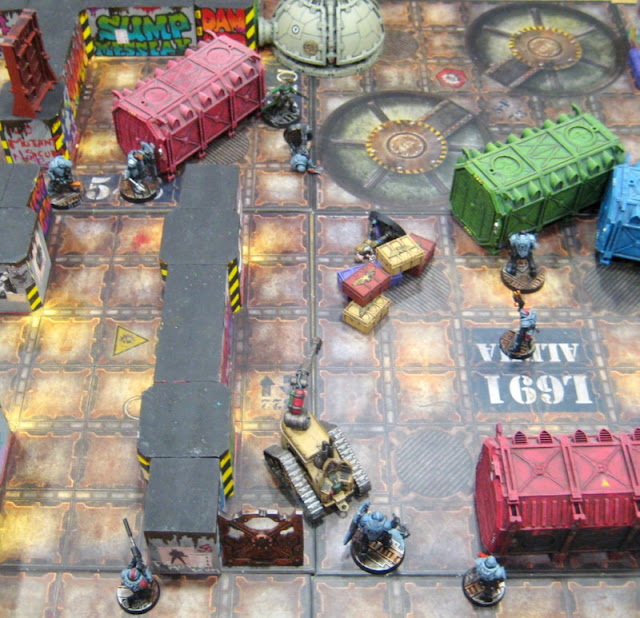 But there are just too many cops shooting at him some with stun weapons... others with freaking BOLTERS!? 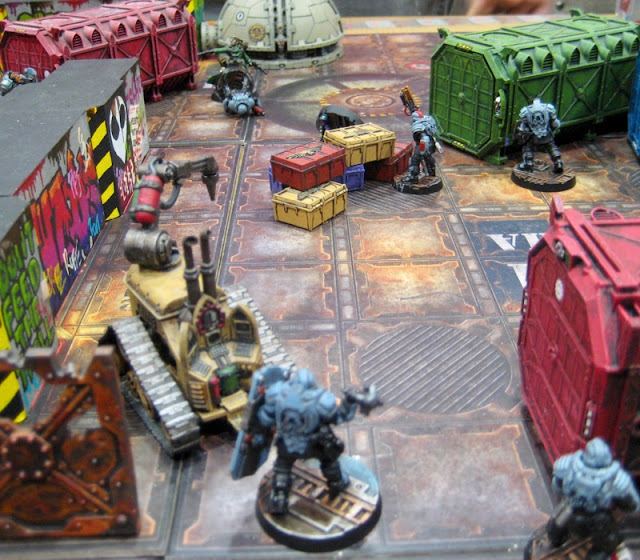 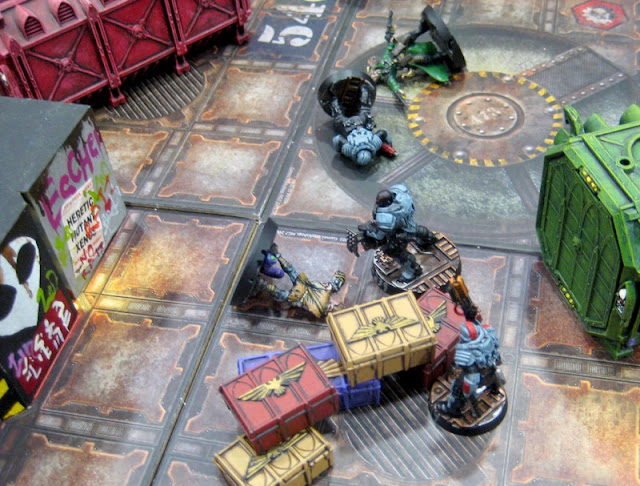 It ended as almost a slapstick comedy. Jericho and one of the enforcers fell into one of the sludge vats. 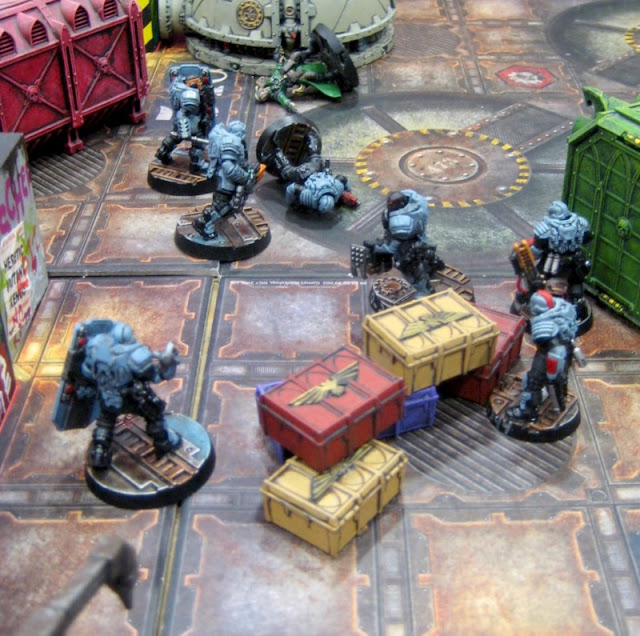 He kept trying to get out. 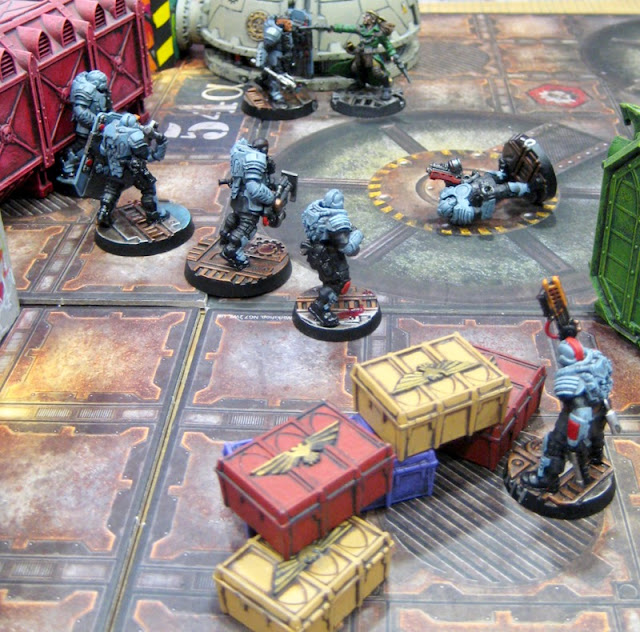 But everytime he did, someone would just knock him back in. 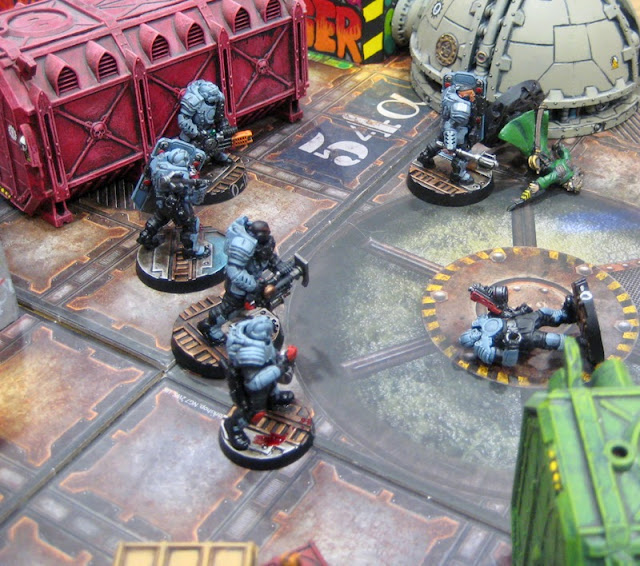 Eventually the Enforcer Captain knocked him down and cuffed him! (something enforcers can do instead of a Coup de Gras! It has the same effect, but is a little more "fluffy")

Fun game. We're going to play some more Necromunda again this week. Seems the Coppers were bringing Jericho in because they needed help with a thing... A thing involving some REDEMPTIONISTS!

Not much has been done for Orktober... but I have been busy drawing stuff for ARTOBER!

I have gotten in a few other games towards the NEW 10x10 plan...