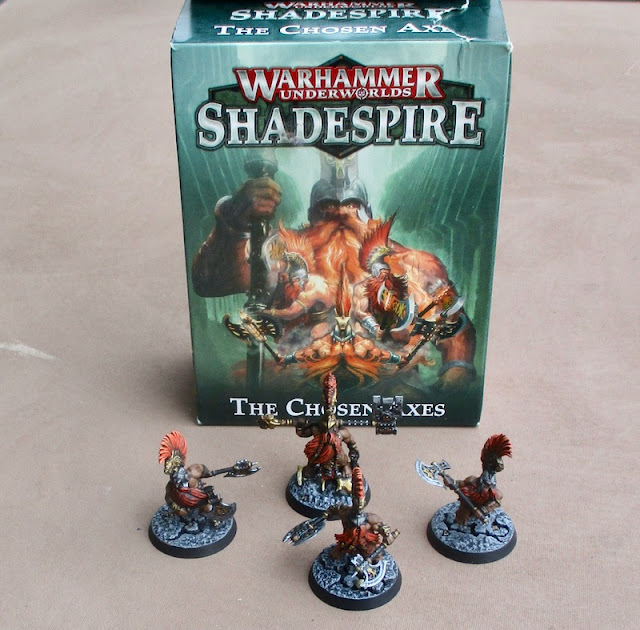 He dropped these off for me to paint for him... probably around the time I finished the last batch... Yeah, that was two years ago. Good Thing he's a patient guy! I got work on these because part of my Q1 Game Plan was to finish off a few things I have to paint for others AND it seems I've gone down the Age of Sigmar rabbithole, so this worked in with my current interests. (I find it REALLY hard to paint anything I'm actually interested in at the moment - which is why I generally DON'T do commission work!) 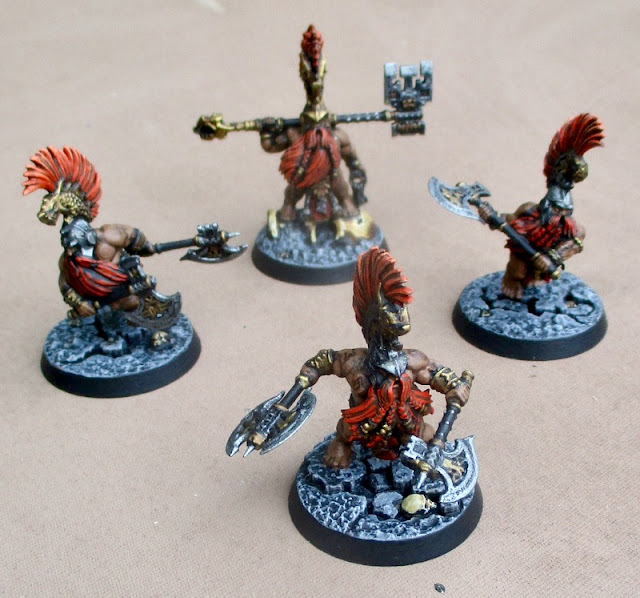 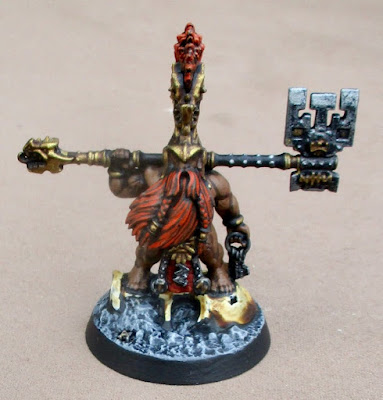 Fjul-Grimnir - the leader of the gang 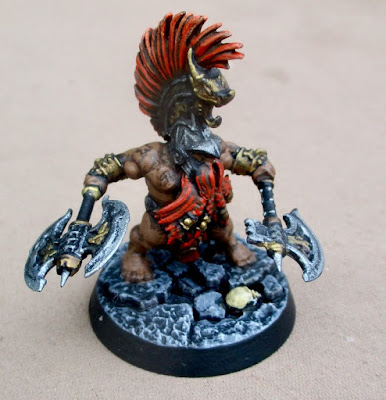 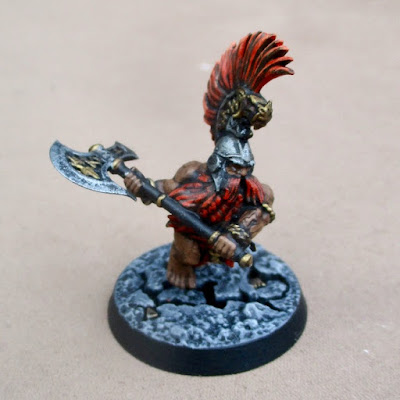 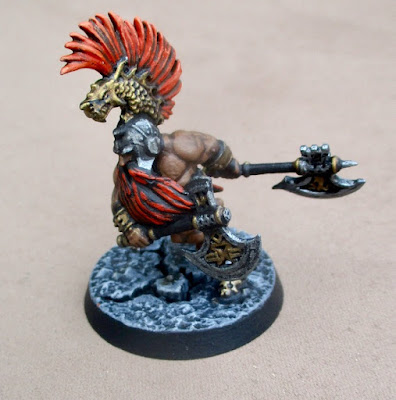 I've actually been looking at possibly picking up Direchasm to try it out. I have to admit, initially, I was uninterested in Warhammer Underworlds..... but for it to have survived THIS long, it can't have sucked THAT much.

Also, it's a way to pick up a small number of Age of Sigmar figures from a variety of factions - which could be used in Age of Sigmar (stats are available to use each of these warbands as a unit in the game) or Warcry (the figure types are all useable in Warcry - though not as specific names characters, as they are in Age of Sigmar AND they are not enough on their own to make a complete Warcry warband) or the Soulbound role-playing game or, y'know, the game they were actually MADE for - Warhmmer Underworlds. (I've already picked up Morgwaeth's Blade-Coven - since I already have a bunch of Daughters of Khaine in the Shadow & Pain box I picked up in December)

I have one more of these to paint for John - Spiteclaw's Swarm - SKAVEN!