On a bit of a tear here – got my eyes on the prize and not slowing down (the prize, of course, being FINISHED FORCES! HUZZAH!)

Well, maybe not really “finished” – there’s always SOMETHING I could add… More of a “finished what I have – complete, useable forces to which small additional options could be added – mostly the occasional supporting tank or some such.

Here’s what the whole platoon looks like so far…

These are currently organized as two rifle squads and a grenadier squad (with THREE light mortar teams!). These could be organized as later war infantry sections – each with their own light mortar team – but one section would be short an LMG team. I could order a single LMG team from Warlord Games - and probably will in the not-too-distant future (as I also need a similar team for the French to finish out that platoon…). 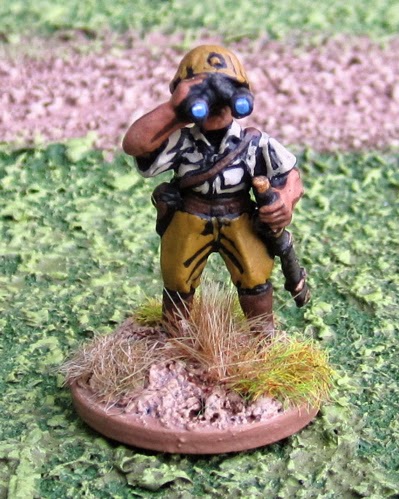 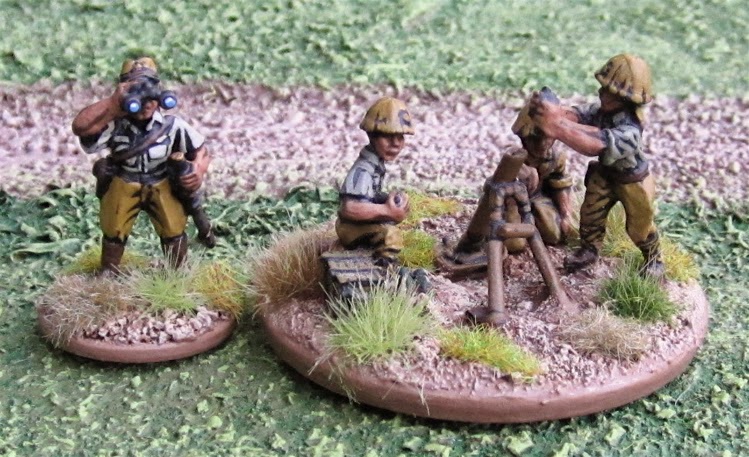 The Opposing Force: Chindits!
Posted by tim at 8:02 PM