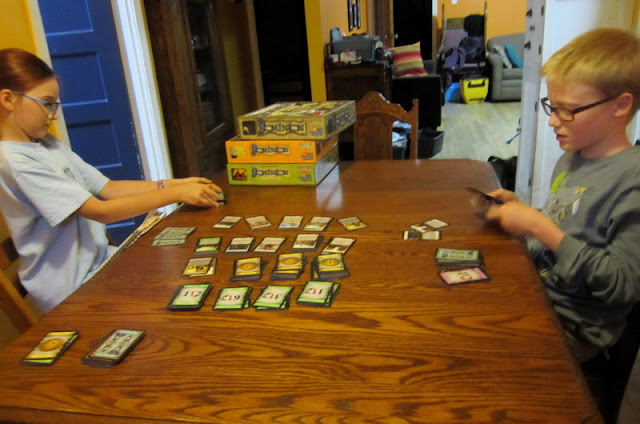 The game we played used only cards from Hinterlands and Conrnucopia (well and the victory cards and treasure from the base set). It was fun. Used some cards we hadn’t used before. Some of them were nasty. 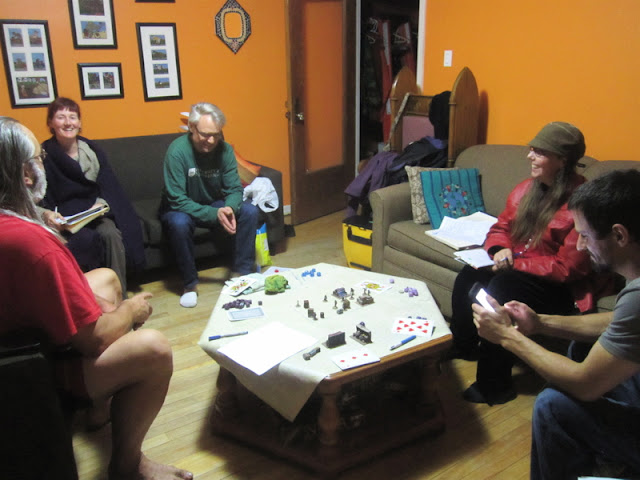 Later in the evening Amanda and I played 5e D&D Primeval Thule run by my friend Bruce. 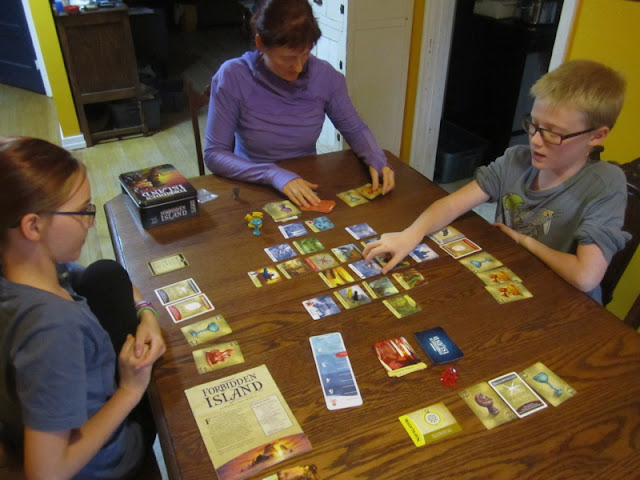 A few weeks back The Girl picked up a copy of Forbidden Island and we finally got around to playing it this evening. Originally we’d planned for her to run a Shadowrun game, but we just got too busy during the day trying to get toehr stuff dune and didn’t end up having time. We promised we would play on Sunday… 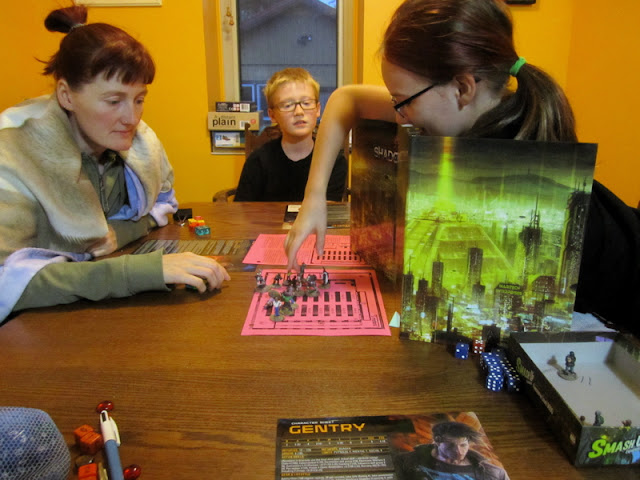 Before the kids dance class we sat down and went through how the game worked out what characters we were playing and how the basics of the game worked… but that’s about all we got to doing. We did get to play after supper for a bit. 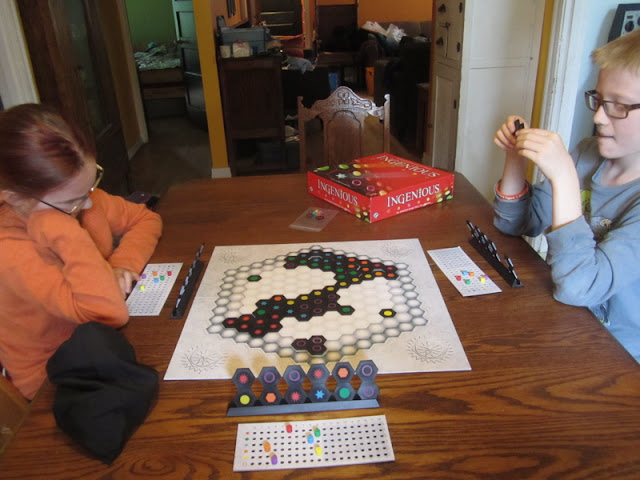 Monday turned out to be pretty busy – but we got in a quick game of Ingenious just after lunch! 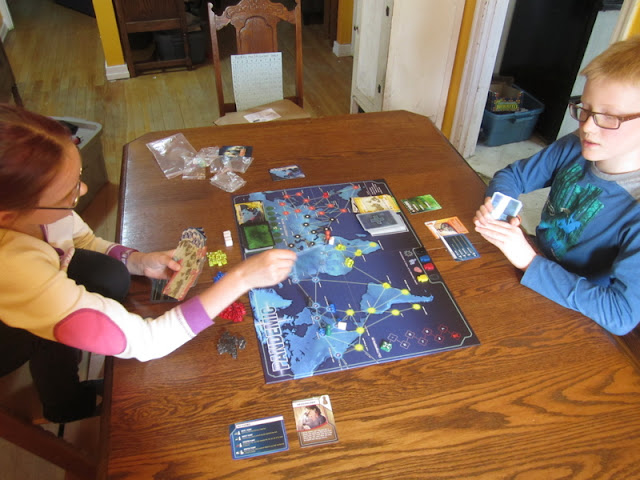 Tuesday we played Pandemic. It started off okay, but then… 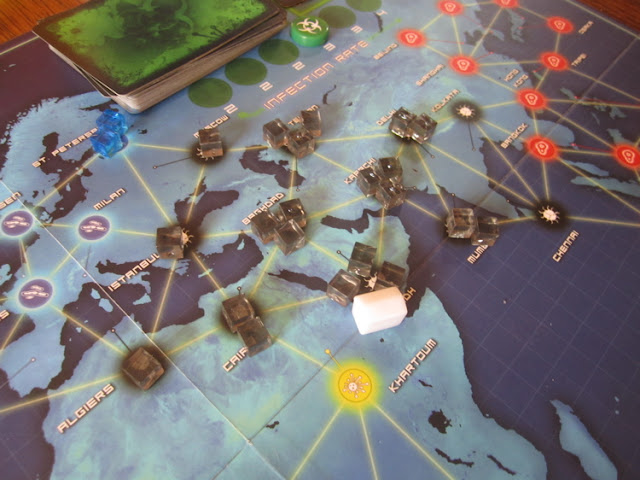 It looks pretty bad, but we actually won in the end – we were down to only three cubes left in the supply – but The Girl was playing the Quarentine Specialist and was sitting at Atlanta so she shot over to Riyadh (where I think that lab was) with a shuttle and just sat down in the middle of it until The Boy (The Medic) could get over there and mop things up!

It was a weird game. I think there was only ONE red cube on the table the whole game - which you would think would mean well less stuff to deal with - but not so! With no red cubes coming out it just meant that MORE of ALL THE OTHERS were constantly coming out! 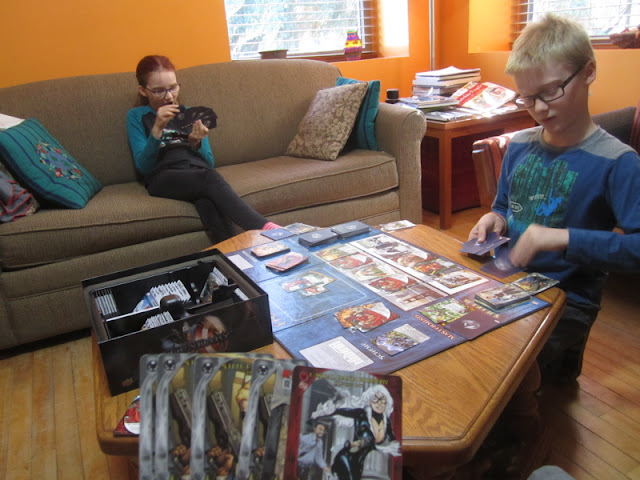 Quick game against Mysterio who was storming the Daily Bugle. The Boy always seemed to snap up all the Spidey cards so I ended up with a lot of Black Cat and Moon Knight. 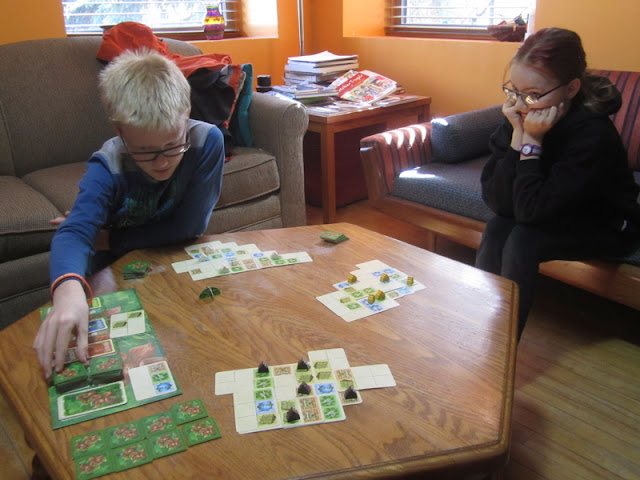 I like Hanging Gardens. I’m never sure if I should try and just grab everything I can and hope for the best or selectively go for certain tiles to collect specific sets. 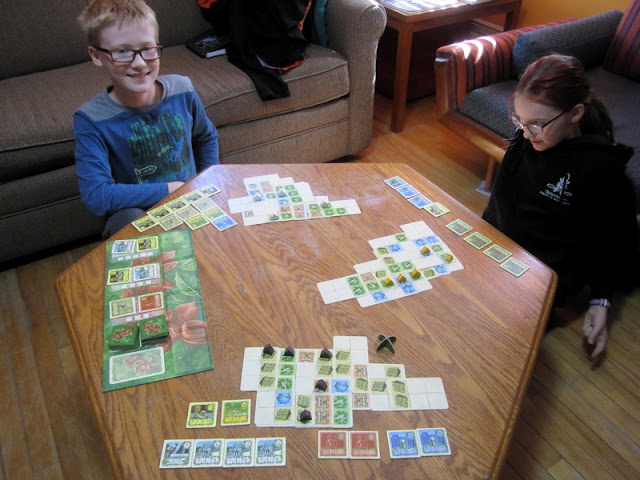 Fun was had. I did manage to get a complete set of the statues and the sculptor and two queens – so I did well. The Boy also did well with a couple complete sets. I can’t remember who won – but we were within one or two points of each other. The Girl just didn’t seem to have any luck at all with the cards and tiles…

(It was actually a highly modified version of Contemptible Little Armies…) 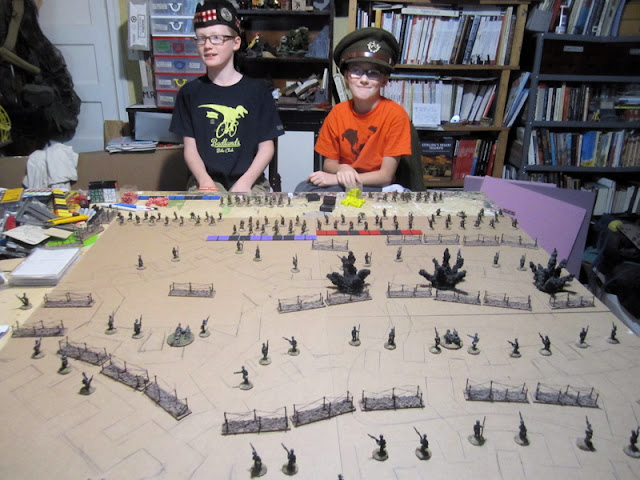 Today the kids helped me play test my Regina Trench game for ToonCon NEXT WEEK!! The kids played the Canadians (as the players will be doing in the game)… 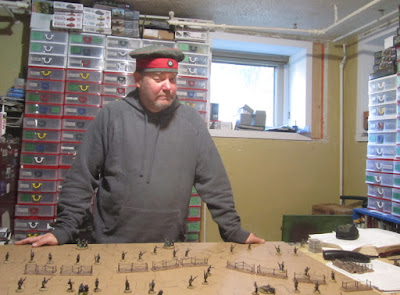 …and I ran the Germans! 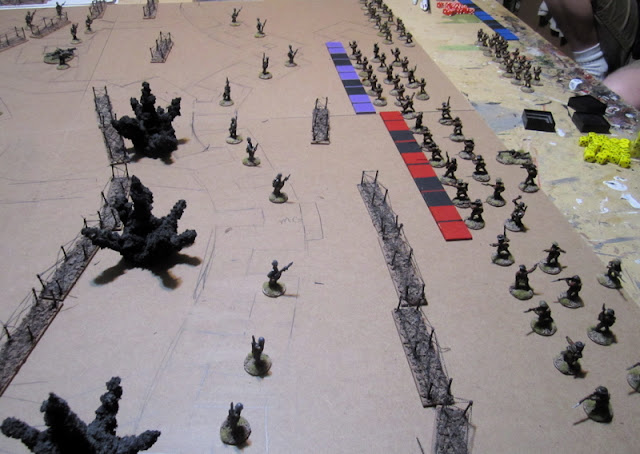 It maybe wasn’t totally fun for the kids – but it was a totally good play test! It was a complete and utter failure for the Canadians (I made The Girl cry - and she was the one that was doing "good"). One entire brigade never even made it to the German first trench line - one of their battalions was effectively wiped out and the other below half strength with morale failing - and the other brigade was still foundering in the Germans first trench line long after their protective barrage had moved on - which happens, but it took over half the turns I was planning for the full game just to take that front line! If the same thing happened at ToonCon I'd probably have some pretty disappointed players. BUT, I have a very, very clear idea of exactly what I need to change to the game to make it work a lot better and (hopefully) not be so disastrous for the Canadians!

(The kids also had the worst luck with the dice – they failed EVERY morale test they had to take during the game – six of them, when probablility would suggest they should have only failed two… So it wasn't ALL bad scenario design!)

Probably after next weekend – I’ve got a lot of stuff to do to finish up for next week. I’ll get it done, but I probably won’t have so much time for posting stuff (I have been dutifully taking pictures of the whole terrain-making process so I can do a big post about that when I get a chance!)
Posted by tim at 9:14 PM