So, this kind of happened... 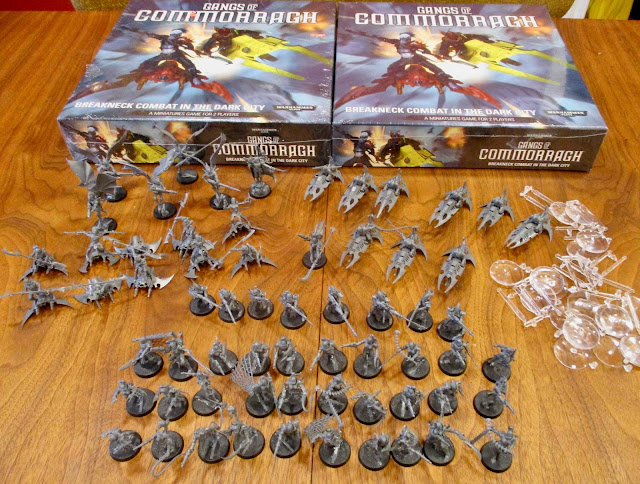 As much as she likes the Sisters I painted for her... Amanda's decided, they're really not her style and decided to pick up this force of Drukhari that a local fellow was selling off. It was a pretty killer deal. It was hard to pass up...

In total she picked up:

I have a feeling it's going to be me that's going to end up painting all of these... and then having my ass kicked by them. Constantly. Ah well...

I actually already have a 10 Wyches and 20 older Kabalite Warriors that I can add to this force (neither of which are painted... or even assembled...)

I'll probably start with the Succubus, a unit of 10 Wyches, a unit of 3 Reavers and a uni to 5 Hellions. That'll give her a patrol of Power Level 20 to play around with and then we can add stuff from there...

Maybe she can still use the Sisters in the Rogue Trader campaign...?

Round up of the rest of April's Games.

The Shadowsword! It has been assembled and half painted since January! I've been working on it while watching Legion Season One this past week - which is really interesting... I'm hoping to finish it up in the next few days. I was going to move on to the next Leman Russ tank, but I think I'll start in on a few of these Drukhari next...