I did a thing!

I finally finished up Magore's Fiends - a Warhammer Underworlds warband - that I picked up with a bunch of other Shadespire stuff last summer. I started them ages ago and they were almost entirely painted... when... distractions happened!? And they hovered on the periphery of the ever-overcrowded paint table. When I cleared it all off a few weeks back - this was the only one left on the table... well.. and one rebasing project... and another that just needed to be primed... but this was the only one I was PAINTING, and I piced it because it WASN'T Eldar or Harlequins and it was nearly almost done... AND I'd just picked up Nethermaze... anf felt like I should finish off a Warhammer Underworlds warband, hoping it would get me motivated to play again, which, in turn, might motivate me to PAINT MOAR!?

I think this is the first Warhammer Underworlds warband I finished since I did a little Stocktaking back in November.

Magore Redhand, a pair of Blood Warriors and a Flesh Hound named Riptooth make up Magore's Fiends. Devoted to the Blood God Khorne, they are giant armoured murder machines that live for combat.

They entered Warhammer Underworlds in the First Season - Shadespire. 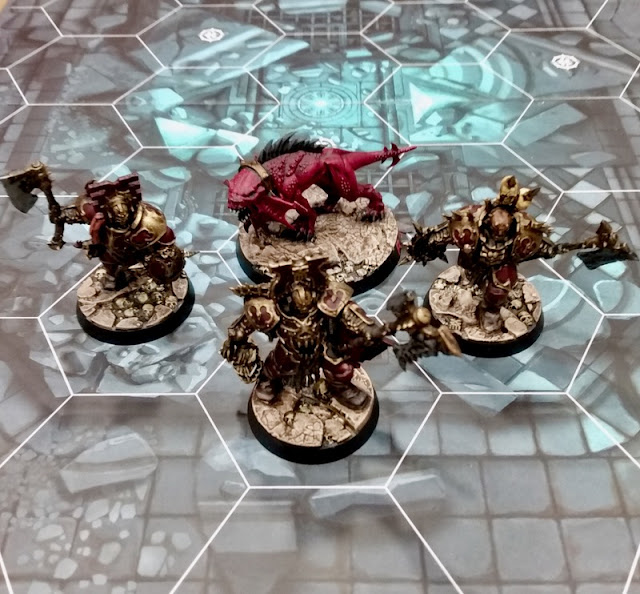 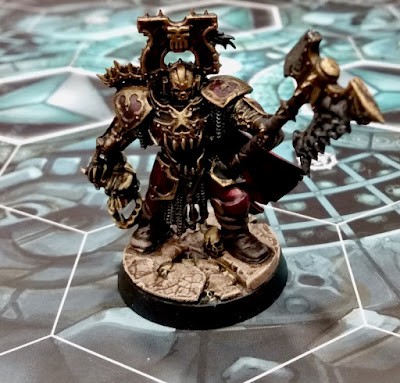 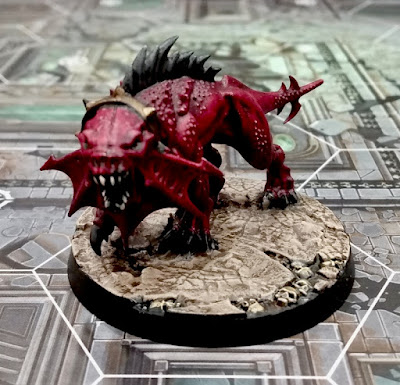 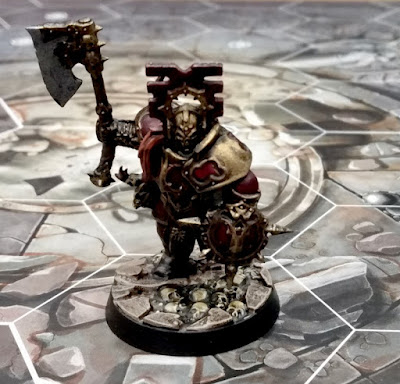 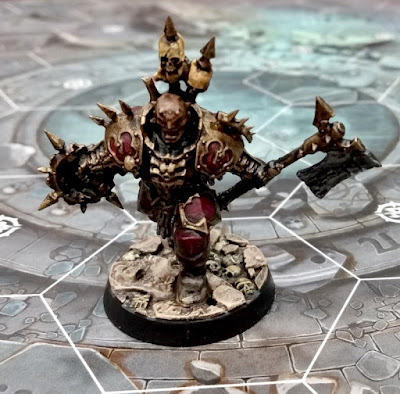 Now to get them on the tabletop... 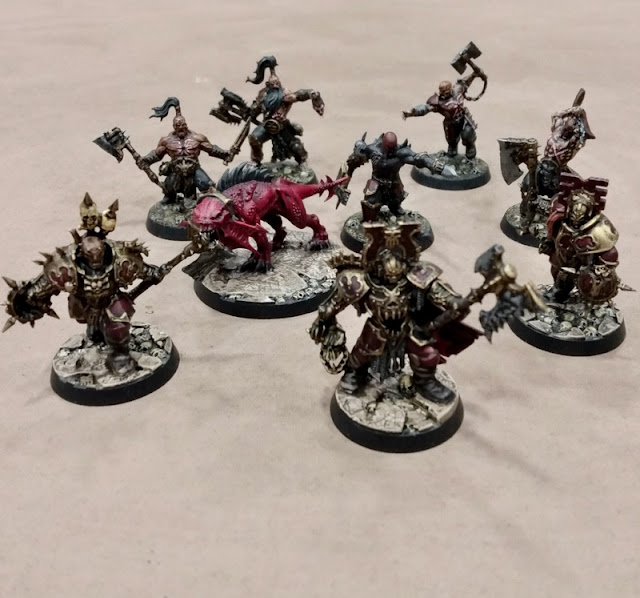 The warband can also be joined up with Garrek's Reavers to form a Warcry Warband.

Warcry Tome of Champions 2021 gave us states for ALL of the named characters from all the Warhammer Underworlds warbands - no more guessing at what different models could "count as".

Actually, it's Magore's fiends plus four of Garrek's Reavers (Everyone BUT Garreks) makes 1000 points - though one of Arnulf or Targor has to be taken as a regular old Blood Reaver

Maybe I'll get another actual Bloodreaver from somewhere instead of using Arnulf... just in case anyone gets confused thinking I'm fielding 85-point Arnulf 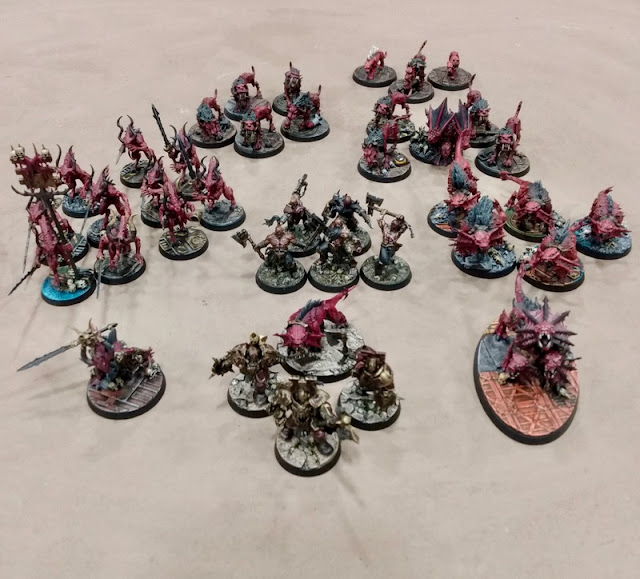 Adding in All mu Khorney stuff makes for potentially a sizeable force for Age of Sigmar (if you ignore the fact that all my Daemons are on 40K Bases!? Maybe I need to rebase them onto something a bit more generic...)