It's only a Command Squad - the Platoon Commander I actually painted almost seven years ago!

Tallarn Platoon Commander with Command Squad of veteran infantrymen. All of the figures are from Games Workshop (and are pictured here entirely without their permission).

While the Officer is pretty "blinged" out with fancy armour and weapons, I didn't want to go crazy on the command squad - because they are frontline infantryman (the Company Command Squad... that's a whole different story), but I did want to do something to set them apart from the rest of the infantry in the platoon.

Ultimately I went with black head clothes and fancy knives.

Hopefully that makes them stand out a little bit. 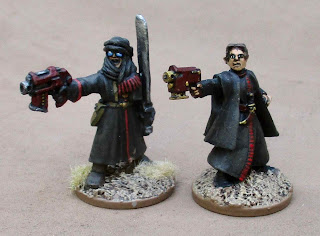 These are also figures I painted ages ago, but I thought I'd take a couple of new pics of them. Both are conversions. 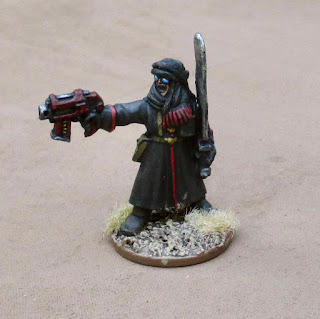 This fellow is actually an Imperial Guard officer from Games Workshop that I converted to be a Tallarn commissar. 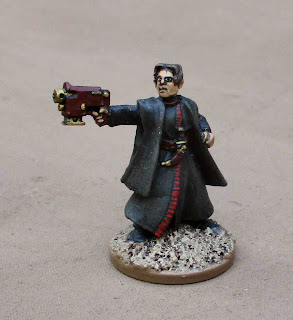 This second Commissar is actually a Lawrence of Arabia figure from Artizan Designs that I added a bolt pistol to...

Seriously - not painting any more of these until I get a few more JET BIKES done - ToonCon is just THREE WEEKS AWAY!!! 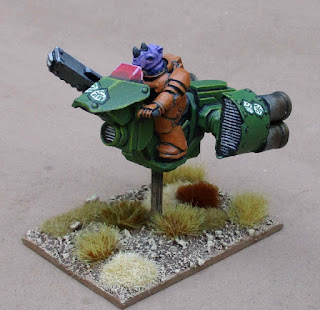 Here is ONE of the new Jet Bikes I finally finished up. 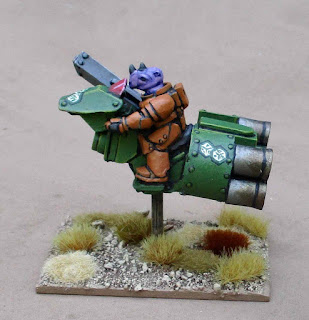 He's been mostly finished for some time I just couldn't decide on a number or logo or whatever and eventually went with the ToonCon logo (this one is for John - the founder and main organizer of ToonCon). 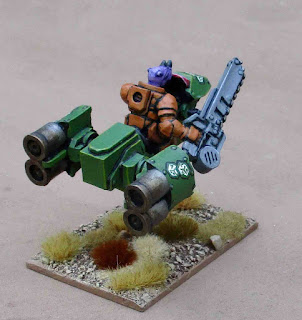 Hopefully people will be able to tell it's the ToonCon logo (without me having to explain it!)

The Jet bike and pilot are from the Ramshackle Games Jet Bike Construction Kit Kickstarter - but the head is from Hasslefree Miniatures.