I always thought Wood Elf Wardancers were kind of bad-ass… fast-moving, lightly armoured dancers with swords… I imagined them as being sort of the like the S.A.S. of the Warhammer world – striking fast deep behind enemy lines and fading away… Well… back when I was playing Warhammer (circa 1989…). There’s probably a lot more fluff out there now and they could be an entirely different sort of element…

Here are a few old school wardancers – some I picked up off ebay a while back – a couple are ones I had from “back in the day” that I’ve stripped and repainted.

The whole warband. Old Wood Elf Wardancers from Games Workshop. The plan is to use them as a Warband in Song of Blades and Heroes. Given the cost of regular Elves, this would be a pretty big warband!

I like this wounded guy - he may not be a regular member of the warband, but instead be used in a campaign when I'm fielding a member that's been injured (and has reduced abilities) 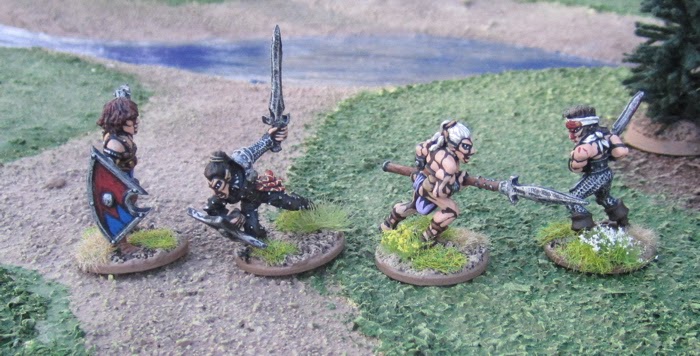 I was kind of torn as to whether I should go with muted tones - greens, greys and browns - like my other Wood Elves - or go with something a little more "flashier"? In the end I tried to hit somewhere in between - a bit of colour, but not TOO flashy...

One of the guys looked just like a highlander in a great kilt with a claymore... so I couldn't resist doing a bit of tartan... 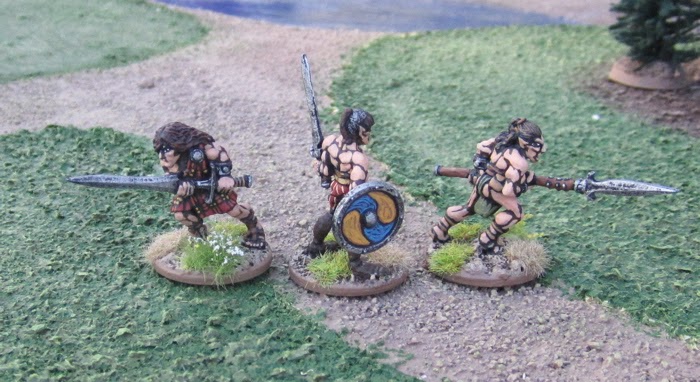 Now I wish I'd done a bit more tartan on some of the others. 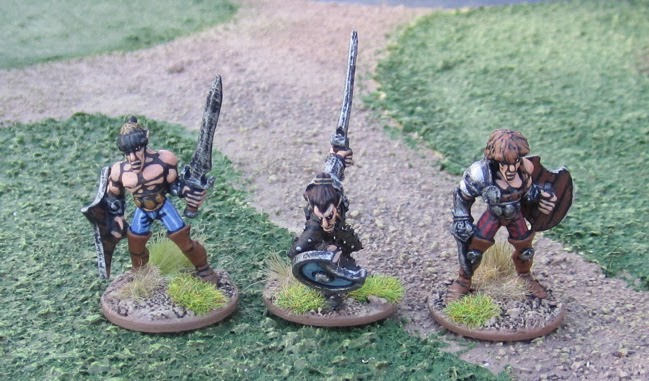 Of course there wasn't a LOT of fabric on most to DO a tartan, so I went with stripes on a few - to give them a bit of patterning. 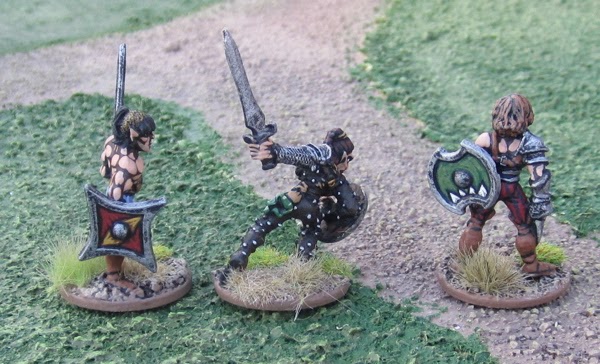 The shields are crazy small, too, and dominated by the metal banding around the  edge, so it was a bit difficult to come up with something to paint in those wee areas other than simple geometric shapes. 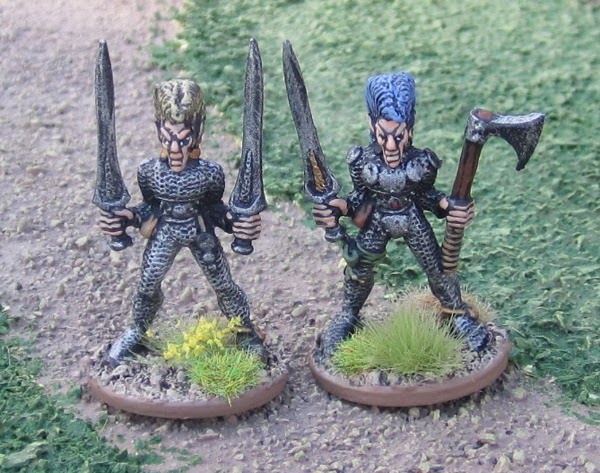 I'm not so keen on these dudes with the big hair.... 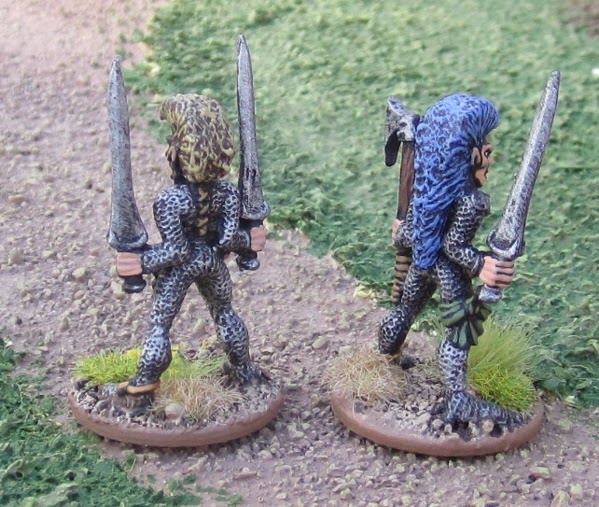 What would these guys look like in A Song of Blades and Heroes? Elves seem to be universally Quality 2+… Combat 3 or 4? Wood Elves all seem to have the Forester special rule. I’d thought about Long Move – as I think Wardancers had a slightly higher move compared to other foot troops… to show they are a bit faster moving… but I don’t know if that deserves a LONG Move – perhaps a Free Disengage - to dance in and out of combat with? Acrobat…?

I have a bunch of figures for A Fistful of Kung Fu – Hong Kong Movie Wargame Rules done – all three of the remaining teams are half done, actually. But I’m waiting until I get the entire forces done before posting them… Some othe rmedival humans have snuck their way onto the workbench… and there’s a bunch of terrain in the works… more outdoorsy terrain tiles as well as a bunch of Dungeon terrain tiles….
Posted by tim at 9:17 AM