Continuing with the drive to finish off my 28mm WW2 Soviets – I bring you the last of the tanks and casualties (and a couple others)!

So I bought a platoon of  five T-34, a troop of Shermans for my Canadians, and a Tiger, two Panthers and a later Panzer IV… I have yet to assemble the German tanks.

The entire platoon of T-34s. If I hadn’t been so lazy I probably should have converted a few of the commanders to take some other pose… ah well…

Four remaining casualty figures I had to finish up from  Black Tree Design. 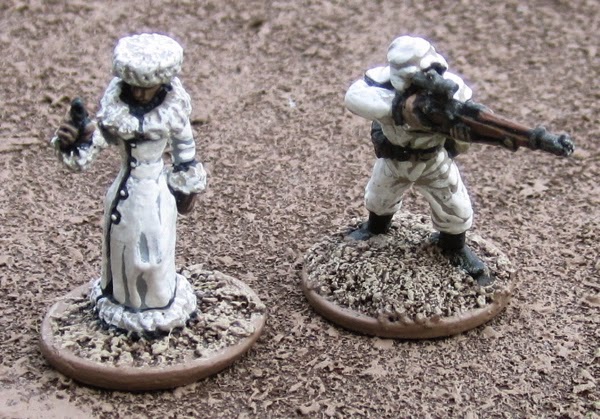 Two other odd items found in the WW2 Soviet box. A  Black Tree Design sniper and a spy (or some such) from Blue Moon Manufacturing.

I have a few officers and odd things to finish up then all the WW2 Soviets will be DONE! I think there's less than 20 at this point. Then it'll be time to do a massive update to the 28mm World War Two Gallery!