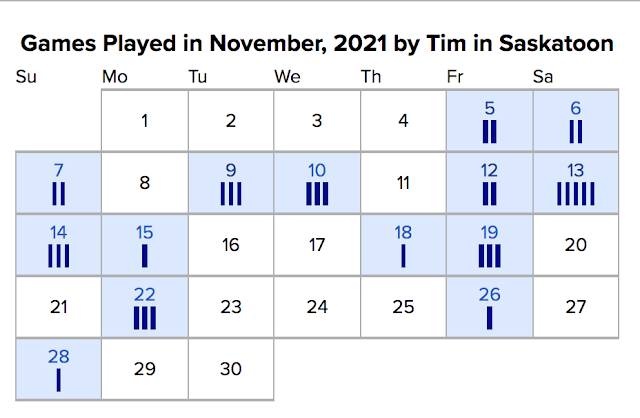 Didn't get in QUITE as many games in the second two weeks of November as we did in the first two.. but still... games were played. Fun was had. 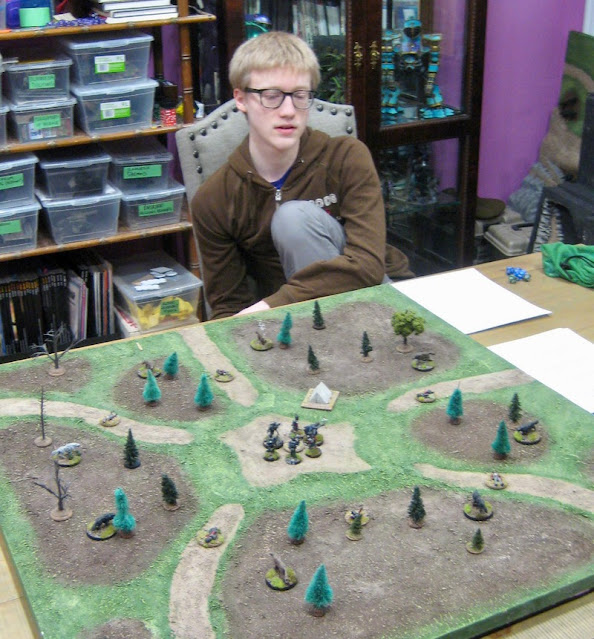 On Thursday Finnegan and I tried out The Silver Bayonet for the first time.

There is a full game report with more pictures, you can read it here: 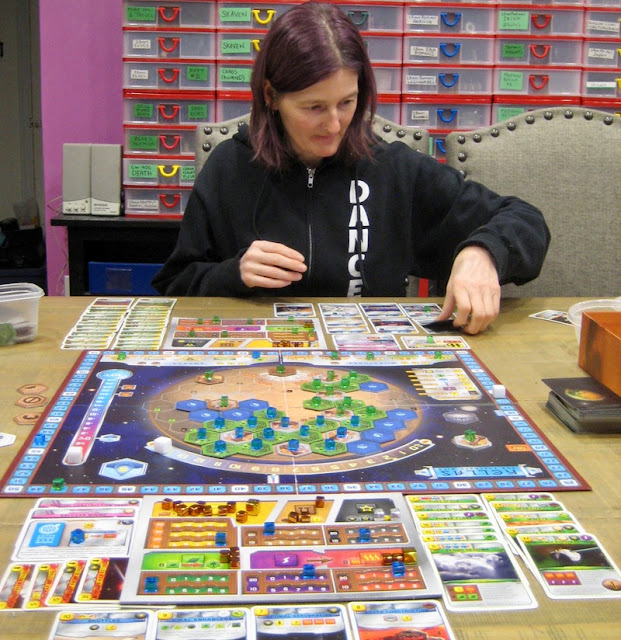 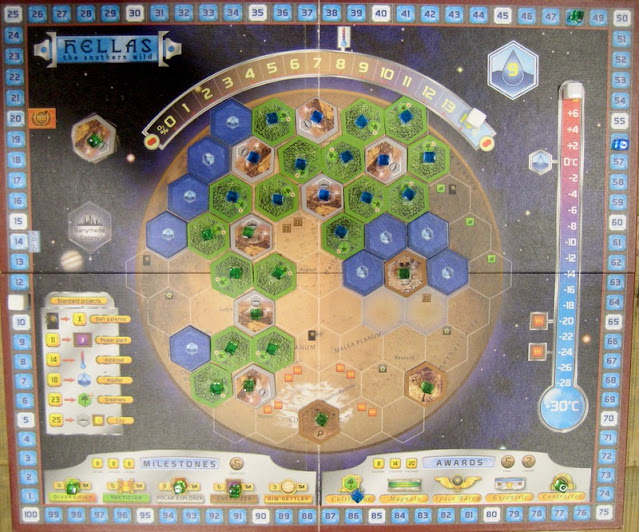 ! just could not get stuff together to grab ANY of the milestones. 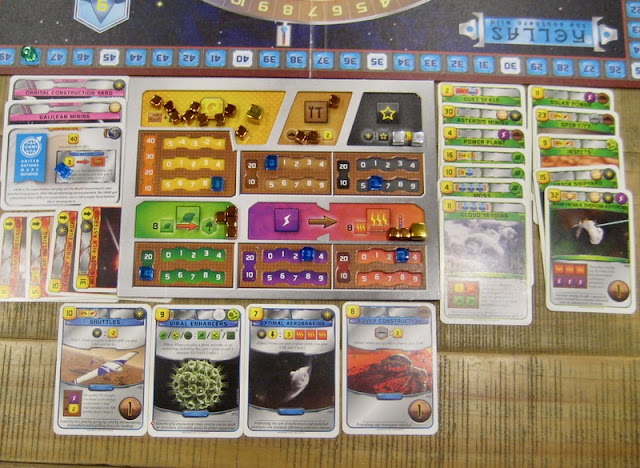 And hardly got any cards out... well... compared to what Amanda put in play!? Despite that, I was only trailing by about 16 points - I was way ahead of her in Terraforming Rating and managed to get a lot more cities and greenery on the planet... 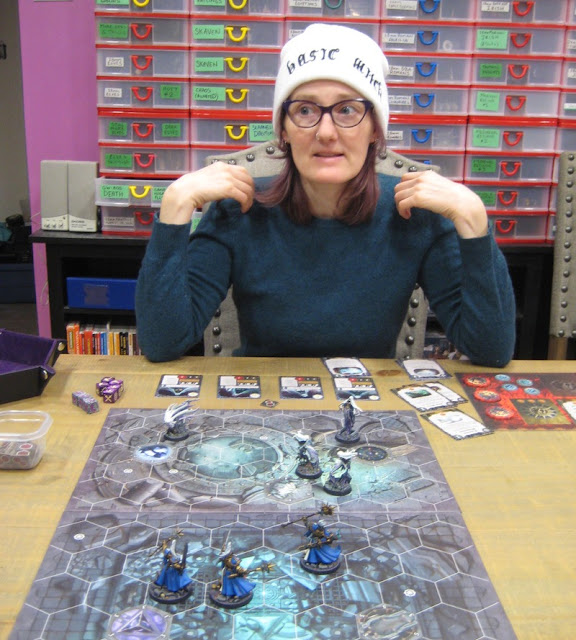 I'd hoped to get more games in over the weekend - and Sunday had started to be our Warhammer Underworlds night again... but then movies (Red Notice and Free Guy) and TV (The Great!) and Book Clubs happened and we didn't get any games in.

Amanda did have Monday off so after doing a few errands we sat down to play a game of Warhammer Underworlds: Night Vault!

There is, as always, a complete game report with loads of pictures here:

This was, officially, the tenth game we've played in the Nightvault of Shadespire... and so that's another game that I've played ten times this year! Woo!

I guess I better get painting THOSE warbands! And Elathain's Soulraid! Harrowdeep seems like just the sort of place THEY'D be hanging out!

Over the next day, or so , I actually DID some stocktaking of all the Warhammer Underworlds warbands...

I did go to my FLGS and picked up a few things. Warhammer Underworlds terrain (Arcane Hazzards for NightVault and Primal Lair for Beastgrave - they look like they'll work as interesting scatter terrain bits for other games as well!) and the latest White Dwarf... That's it...

I had thought of picking up Stargrave... but they were sold out. I looked for Rangers of Shadowdeep or Five Parsecs from Home - a couple other games I've been thinking out - also didn't have any. I EVEN looked for a single Gloomspite Gits Leader - either the Fungoid Cave-Shaman or possibly the Loon Boss... (for... REASONS!)... but, nope... So not much there.

I did break down and pick up the Rangers of Shadowdeep PDF later in the day as it was on sale at Drive-Thru RPG. My printer died printing it off... It was on it's last... whatever - we've probably had it for the better part of a decade... but it finally gave up the ghost just as I was printing the last few pages... The last 20-30 pages are crap... I'll probably reprint them when we get a new printer.

I also picked up some stuff from the HPL Historical Society (as they were having a Solstice Sale - a little EARLY!?). Actually, that was the night before, now that I think about it...

AND I ordered some Regency Zombie Hunters from MiniFigs/Matchlock Miniatures... but they weren't even on sale... 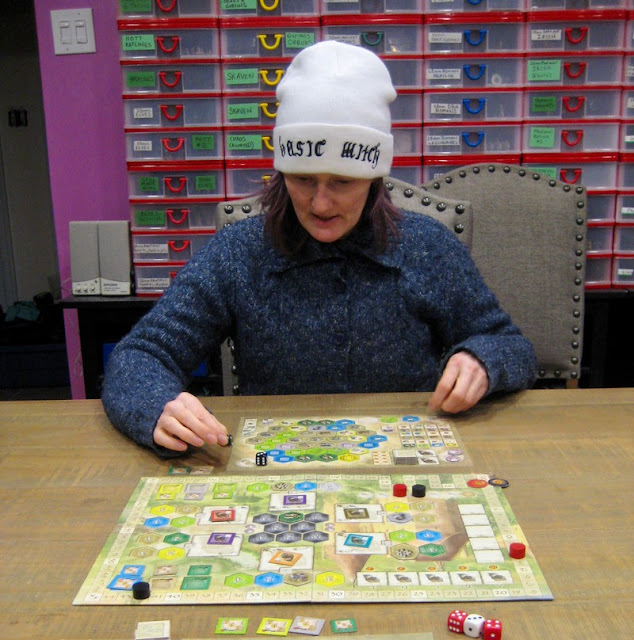 Later in the evening, Amanda and I played Castles of Burgundy. 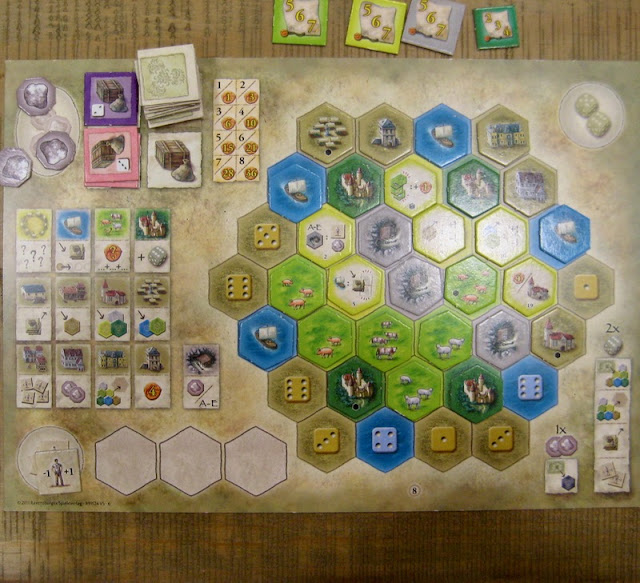 I actually filled all my pastures, which, I almost rarely EVER do!? Amanda almost always scoops up the critters and I grab buildings... But Friday's game was almost the entire opposite. 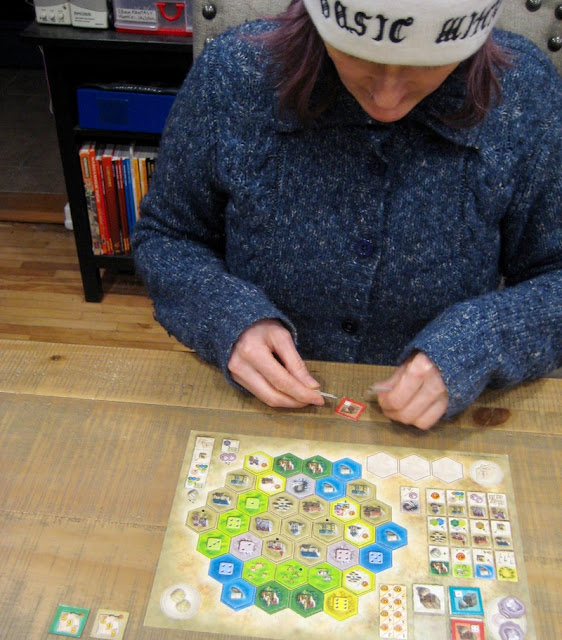 SHE was grabbing all the buildings right off the start to try and fill a large section of her map that needed them. 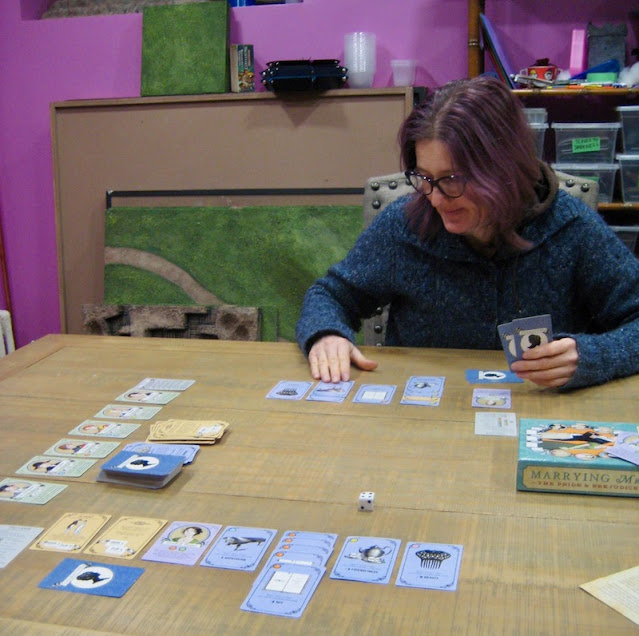 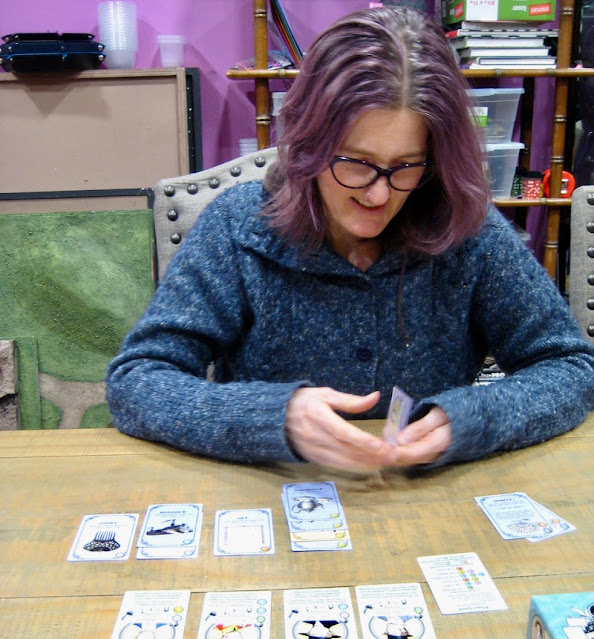 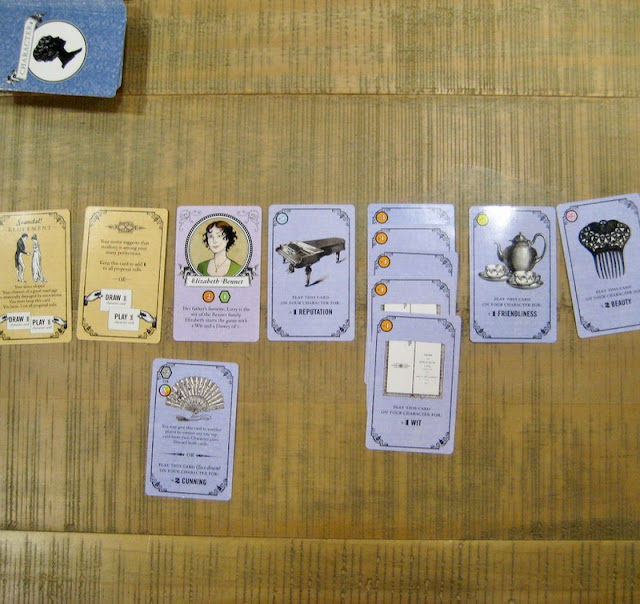 We BOTH ended up tying a twenty-six points in total, but Georgiana had a higher dowry (Tie-breaker #1), so Amanda won.

It's okay as a two-player game, but I recall it being way more fun with more players. Especially players who are fans of Jane Austen! I did ask the rest of the family if they were interested, but they were more interested in electronic devices...

And that's about it for November...

Looking at my 10x10 Challenge Plays to Date:

So we got to at least ten for everything except Kill Team and Necromunda. Getting in two more games of Kill Team in December shouldn't be a problem. Four more games of Necromunda might be a bit more tricky... I've almost been thinking it might be easier to get in nine more games of The Silver Bayonet, or six to eight games of... something else we've played a few games of so far this year...

Finnegan and I are pretty keen to play some more of The Silver Bayonet... I guess we'll see how the first week or two goes... The kids have the last two weeks off, surely I can talk them into playing a few games then? We already have plans to play Wingspan again next Monday. I'm sure we'll end up with THIRTY games of that before the end of the year! I think there was one more Centruy Golem Edition combination that we hadn't played (all three?), so we'll likely get in one more game of that.