This is WAY more that could actually be USED in a single Special Unit for The Silver Bayonet. A starting Officer has a Recruitment attribute of 100 (or 105). Riflemen have a Recruitment cost of 18... so the most that could appear in a starting Special Unit would be five. IF an officer took +5 Recruitment (instead of +1 Courage) to start... and when they got to Tier Two (at 10 Experience points - after about five or six games) chose to add five more Recruitment (Instead of adding Health or another New Attribute), a sixth could be added...

For now the extras will just have to wait - until one of the current members dies...? Perhaps they guard the camp while the others are out...? Conceivably, some of these COULD be recruited into OTHER Special Units (you didn't think I'd just put together one or two, did you!?). Until then, however, they will be nominally under the command of "Dicky" Dulles.. 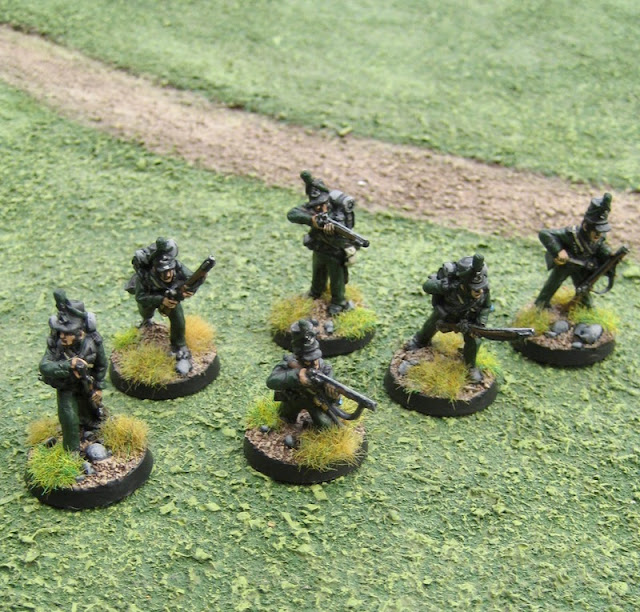 New Riflemen - these are a mix of models from Perry Miniatures and Warlord Games.

I hasn't done these when I did the others, as they were earmarked for inclusion in a Rebels and Patriots Company of Riflemen... Looking over Rebels and Patriots, however, I decided that the Rifles would best be represented as Light Infantry upgraded to be Good Shots at 8 points per unit That means I only needed three for a 24-point company. I had four. So two of the units, made up of miniatures from Warlord Games and Perry Miniatures were reorganized and a few were seconded to service in The Silver Bayonet Special Units... I may have a few more Ill paint up for the Silver Bayonet, at some point... 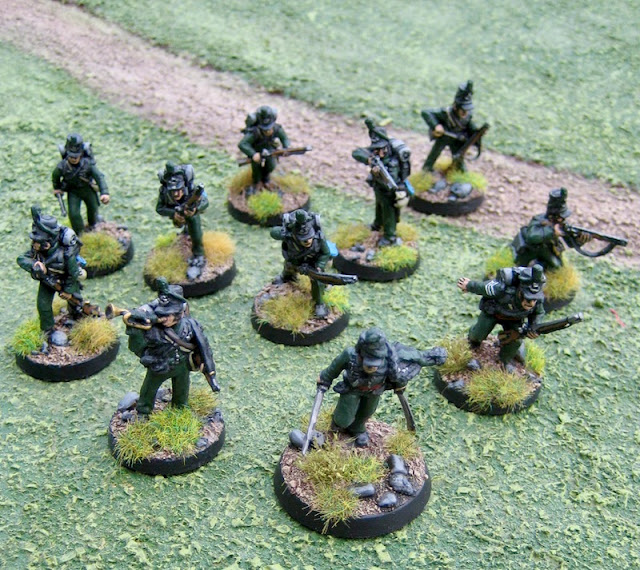 All of the Riflemen (for The Silver Bayonet) so far.

This leaves 10 Recruitment... the only troop types available for that are Infantrymen, Artillerists, or Doctors... I should try and find a Suitable miniature to use as a Doctor!