I've had these sitting around forever. I finally got some paint on them, not because I'm suddenly feeling like I want to play Epic 40K, but because I'm finally running a game of Wrath & Glory again - the Warhammer 40,000 role-playing game!? The characters are a Leman Russ tank crew and I thought it might be handy to have some tanks - friendly and enemy - and some groups of infantry, to mark out where everyone is in an encounter.

Also, I have been wanting to try out the new (well, most recent) Warhammer 40K Apocalypse rules with Epic 40K miniatures. I guess I do already have a Force of Space Marines and Eldar, that I could have used to try out the rules.

The idea here was to put together a squadron-sized, mechanized task group with elements drawn from 3-4 different regiments - all drawn from elements of the larger Astra Militarum Task Force deployed to Xoxigar Secondus. The core of this Task Group is an Armoured Squadron from the 451st Tallarn Tank Regiment with an attached infantry component from 382nd Tallarn (Desert Raider) Regiment, and possibly some heavy support from the 17th Tallarn Super Heavy Tank Regiment (and, at some point, artillery from a Tallarn Artillery Regiment brought there as part of the Astra Militarum Task Force).

The story behind the Task Force is that it was to be a fully-mechanized task force... but I don't have any epic Chimera models, so I'm saying one of the voidships lost in the warp was the one carrying most of the Regiment's armoured transports. The infantry regiment has been able to procure a few Gorgon Heavy Transporters locally, as that it one of the items the forge world manufactures... but they are NOT IDEAL for carrying small groups of infantry around for long distances in the desert! 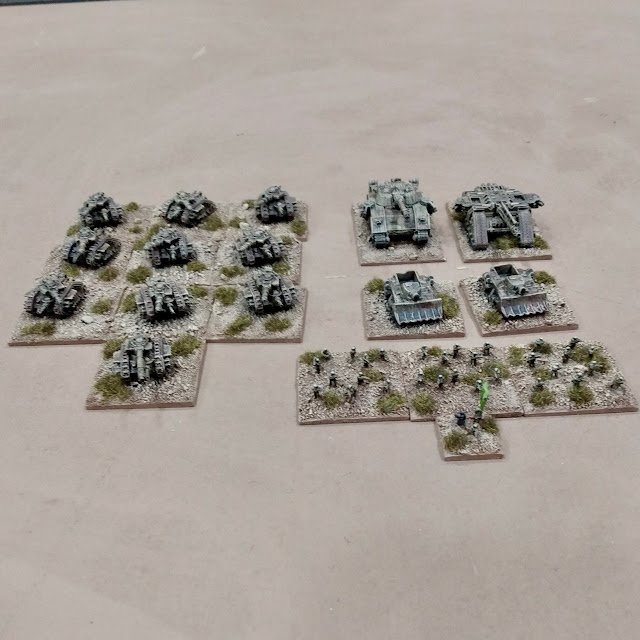 All the NEW STUFF

Except it's NOT all the new stuff, there's a previously painted Shadowsword that snuck into the back there!? 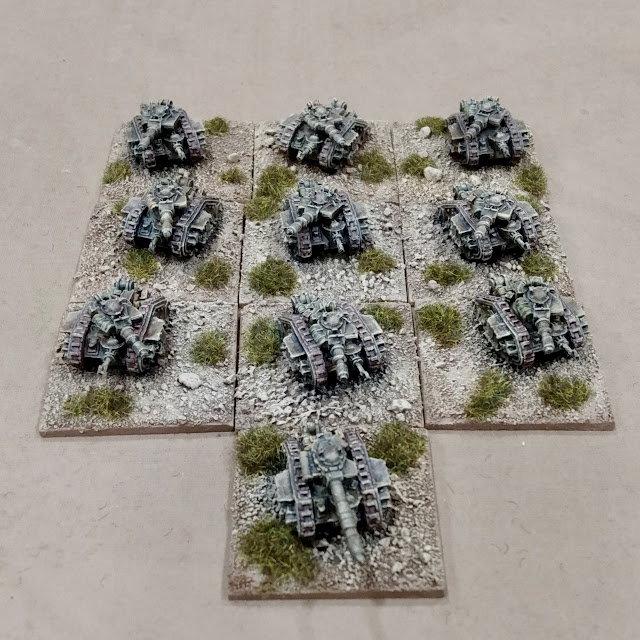 Here's a funny thing I just noticed; in the new(er) Apocalypse rules, you can't field and entire company as a single Spearhead Detachment (like you actually CAN in regular 40K - because your can field PLATOONS of up to three Leman Russ battle tanks and they count as a SINGLE element in the Detachment organization, no such luck in Apocalypse). So, technically you can only have up to six heavy support in a Spearhead Detachment, thus this would be fielded as TWO Spearhead Detachments (one with the Tank Commander and four tanks a second with five tanks - or maybe just a second with a tank commander and four tanks - the second tank commander could be the Squadron 2IC...?) 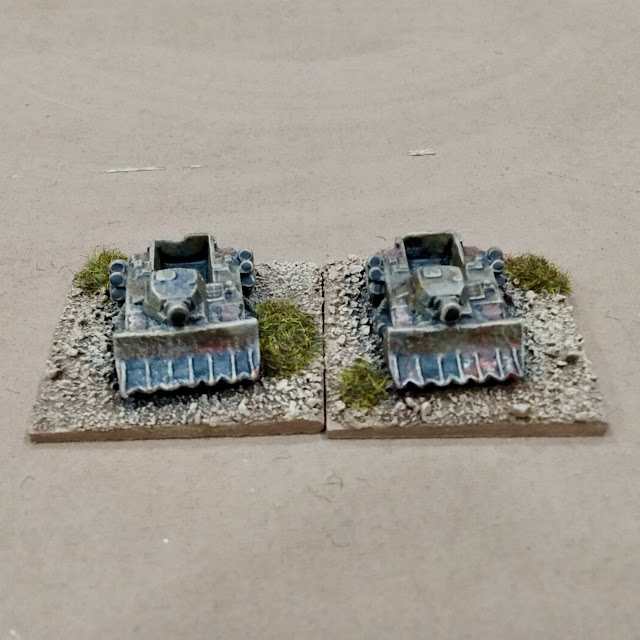 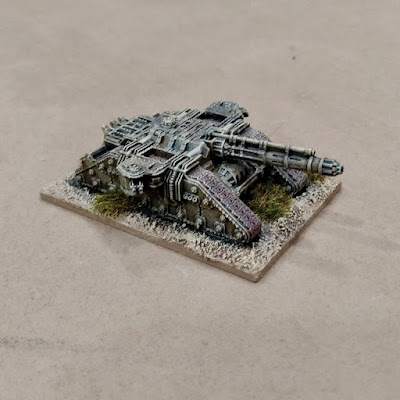 Speaking of Shadowswords, I have a new sort-of-Shadowsword...? I'm calling it a Xoxigar Pattern Shadowsword - a variant that is made locally in the Forge World where all the near future campaigning will likely take place! Teh Model is from Vanguard miniatures. 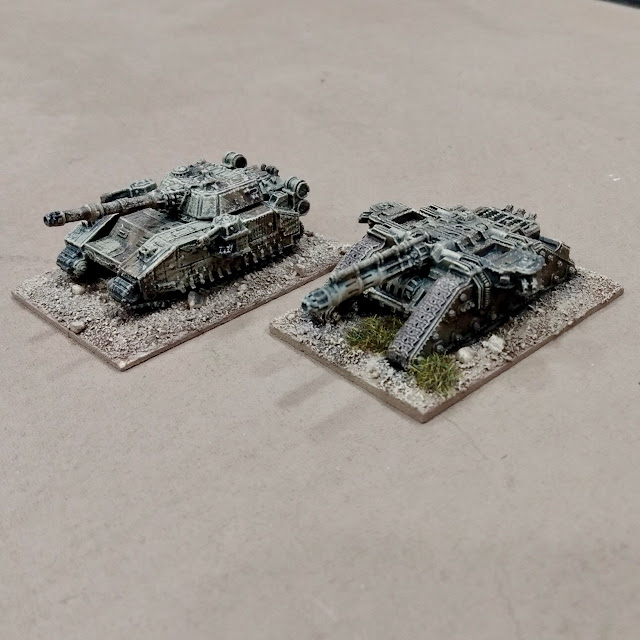 Original Games Workshop Shadowsword on the left of the pic, "Sort-of-Shadowsword"...? (Xoxigar Pattern Shadowsword) from Model is from Vanguard miniatures on the right. 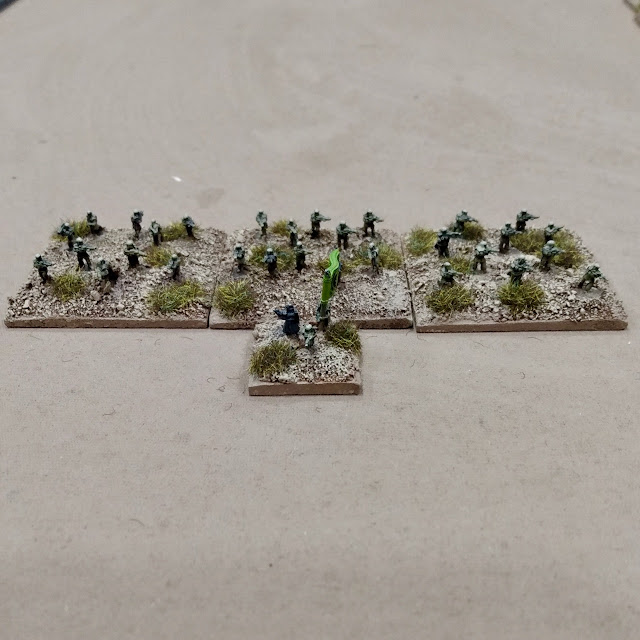 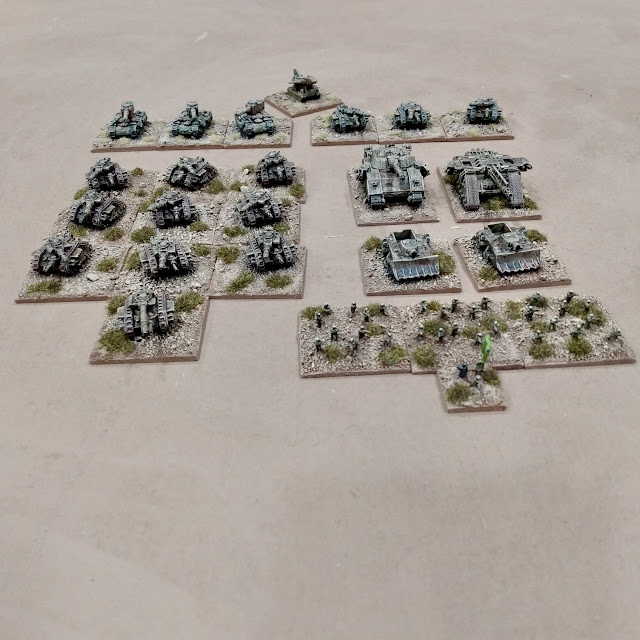 Allof the Astra Militarum Forces I have painted thus far. The only stuff I'd painted previously were three Leman Russ tanks, three Ragnarok tanks, and a Deathstrike Missile Launcher.

I may just finish up the second Squadron of Leman Russes and the few other vehicles I have - just for some more options.

I've also painted up a whole PILE of Epic Orks... but I'm adding more to the force, so I'll wait until I finish up a few more things before posting pictures of those.