At the same time I was painting up the Imperial Guard Armoured Task Group, I also got a bunch of Orks done as well. I haven't really organized them into Detachments yet. Or, rather, my initial plans have changed and I'm in the middle of painting MOAR ORKS, so this is really just a preview of what I've done so far and when I finish up a few more things, I'll post pictures of the entire force (so far... because I have piles and PILES of Orks that I'm just not going to get to soon!) 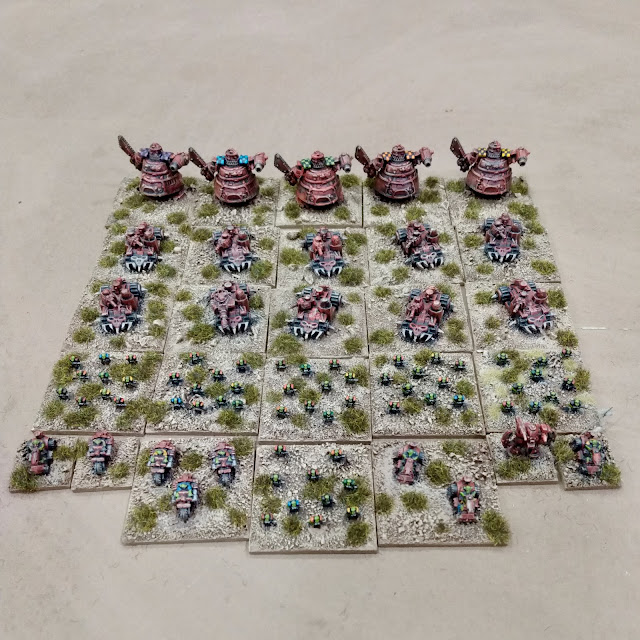 I have some more Ork Boyz and Trucks and a couple of Nobs and a few more Morkanaut (or maybe Gorkanauts?) and a stompa that I'll need to figure out how to put all together in to Detachments. Seems like two Battalion Detachments, a Spearhead Detachment, and an Auxilliary Super Heavy Detachment...? We shall see... 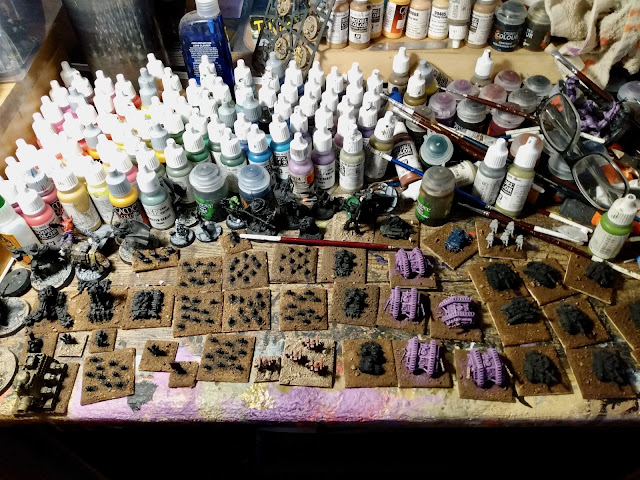 The Workbench - as you can see, Epic stuff had kind of taken over... I have a second Imperial Guard tank squadron on there (I figured the first one went quick enough, I might as well knock off this second one while I'm at it...). There are a few other things I have that will join these... when there is some space on the workbench!? MOAR ORK walkers and stuff - I might even assemble the Gargant! (Don't tell my player characters!! Most of this is for the Wrath & Glory role-playing games I am running this fall/winter)