After the Ronin Campaign on Saturday, the gaming raged on into Sunday!

Starting at 10am we kicked the days gaming off with a game of Ikusa… Cory (from Calgary) Paul (of Sabre’s Edge in Winnipeg) and Curtis (a local pal) joined in.

It took us a while to get going as none of us had ever played... or perhaps Cory had played the original version a couple decades ago...? Anyway, took some figuring out, but it was a totally fun game and I would definitely play it again. Funner than Axis & Allies! 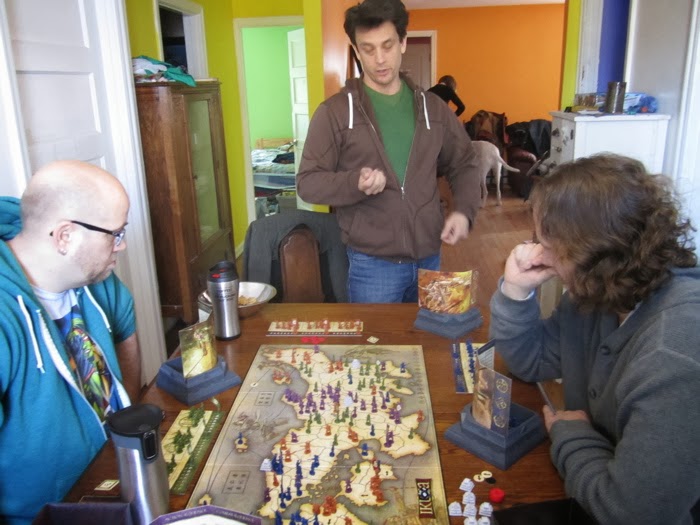 Cory shows us how it’s done in Turn One by laying the smack down on EVERYONE! 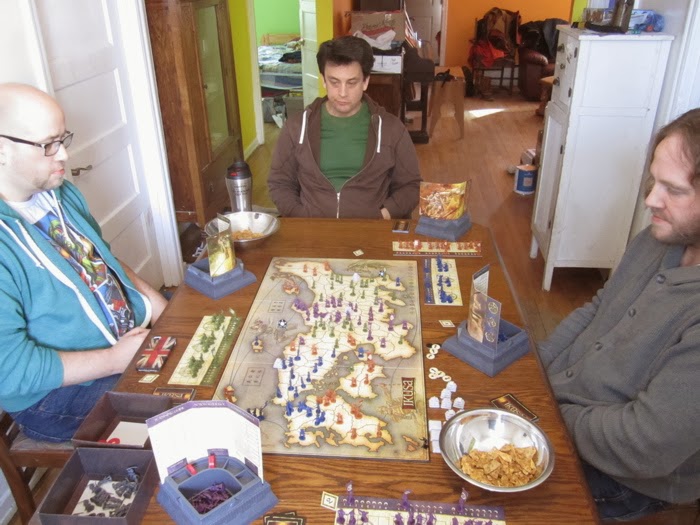 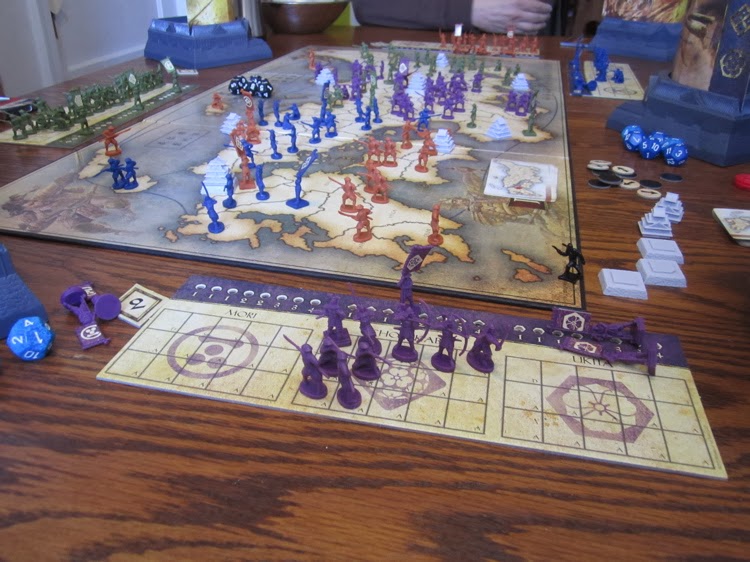 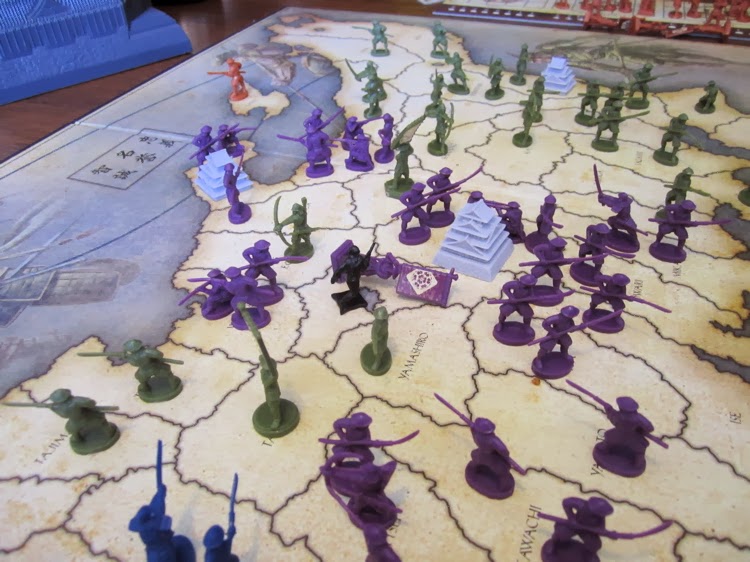 Paul took me down by assassinating my last daimyo with a Ninja and then cleaning up his army during the ensuing chaos. Fortunately for Paul I had a crapload of dudes that all quickly swore fealty to his Daimyos and kind of made the rest of the game a foregone conclusion… 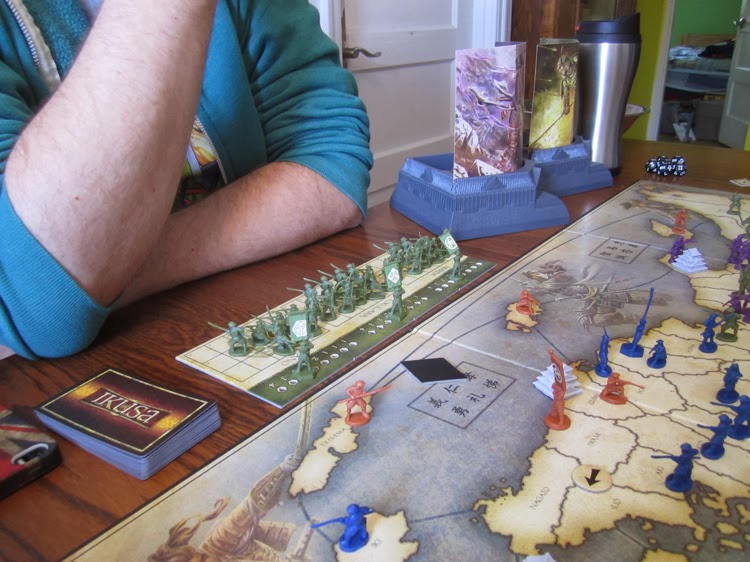 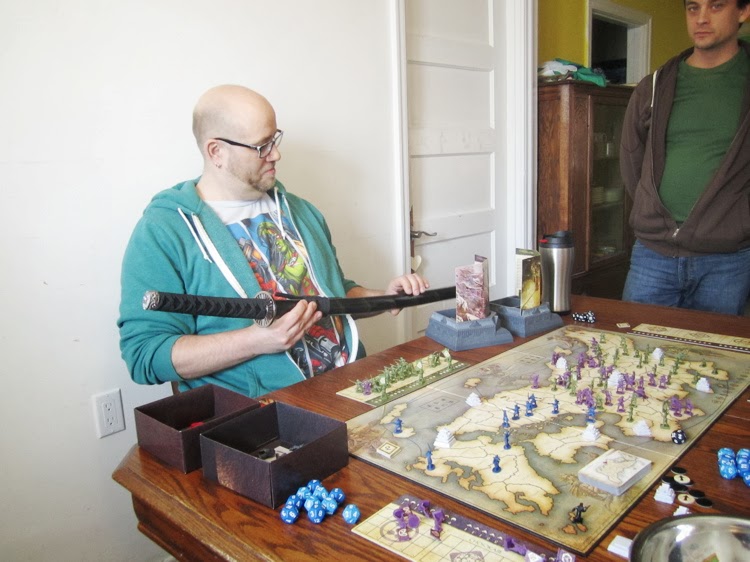 Feudal Japan was kind of the Big Theme of the weekend so I bought Samurai Swords for the winners of the Ronin Campaign and Ikusa. 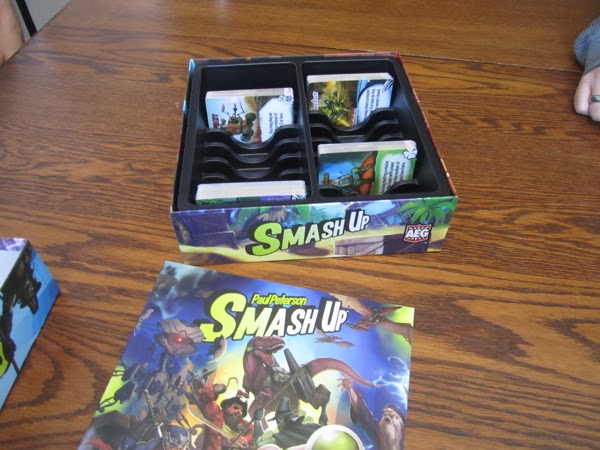 We then cracked the copy of Smash Up Cory had brought me for my birthday – we all had a hearty laugh when I opened the rather large box to find only fourlittle decks within! (I guess they were planning for expansions...?) 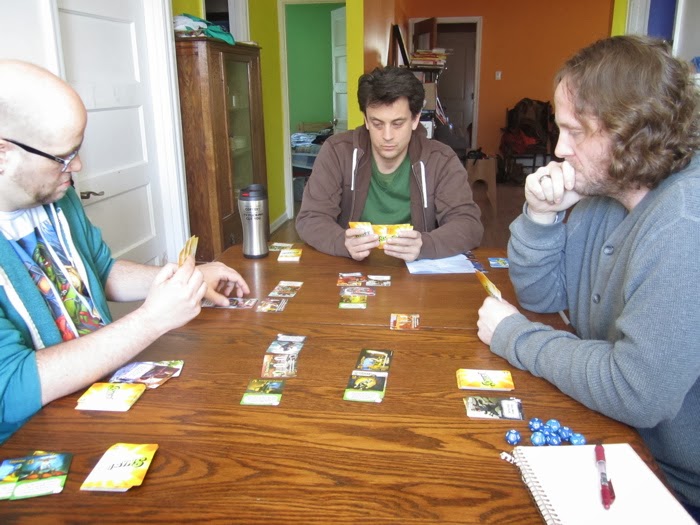 The game was a whole lot of fun. I think I ended up winning with my Zombie Leprechauns. It was a tight race as everyone else was within a point or two of winning. After a quick supper out at Amigos we were back for more gaming. Starting with a game of Munchkin Conan 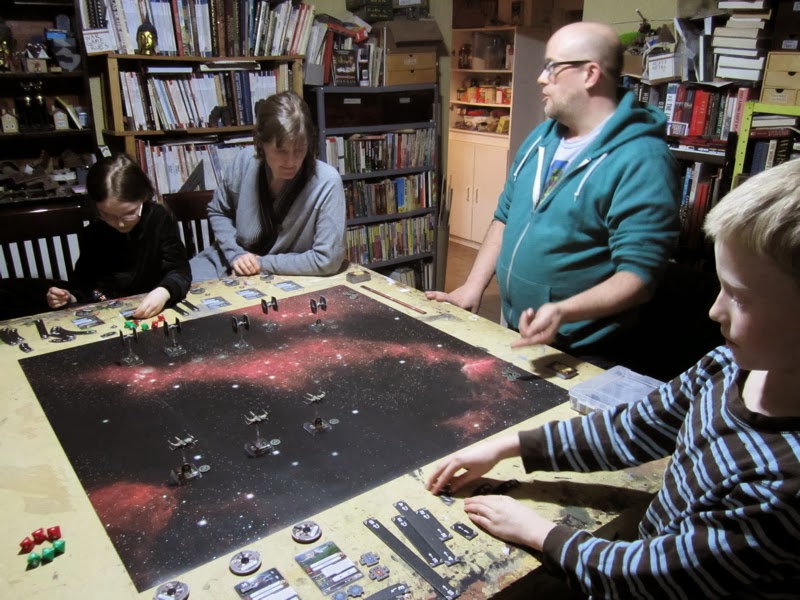 After that we finished that we had a go at the Star Wars: X-Wing Miniatures Game that Paul had brought along! 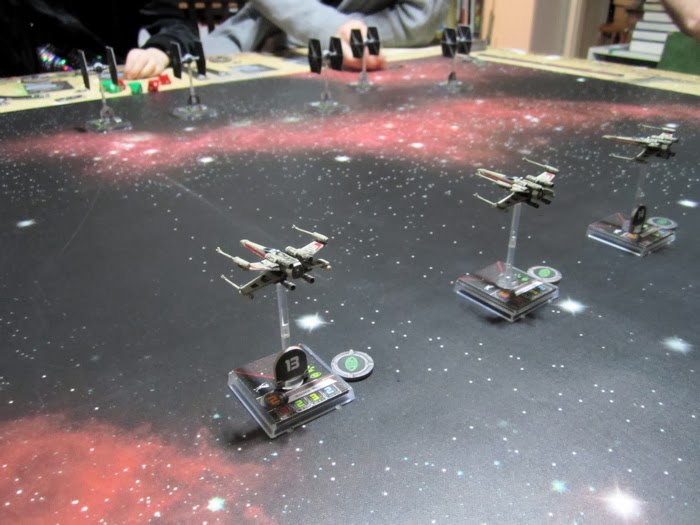 It seemed like a pretty slick system. Finnegan and I started off playing Pick Patrol – Finnegan was Pink Leader and I played Pink One and Pink Two – two rookie piolots that were out on a training mission when we happened to run into a flight of TIE-fighters piloted by Amanda and Keria 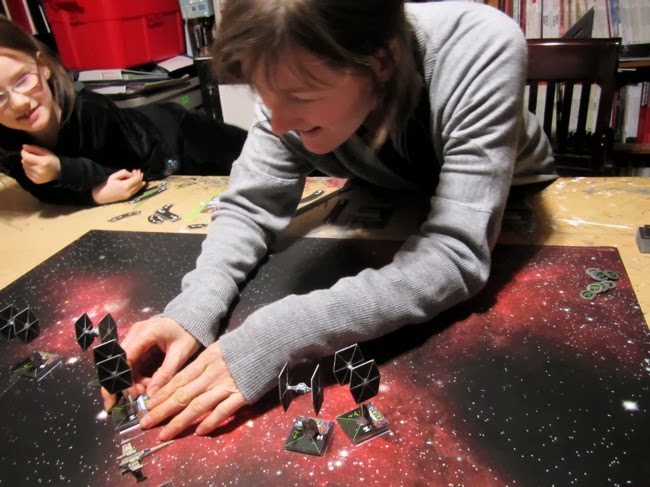 Amanda trying to crash her TIE-fighters into each other. 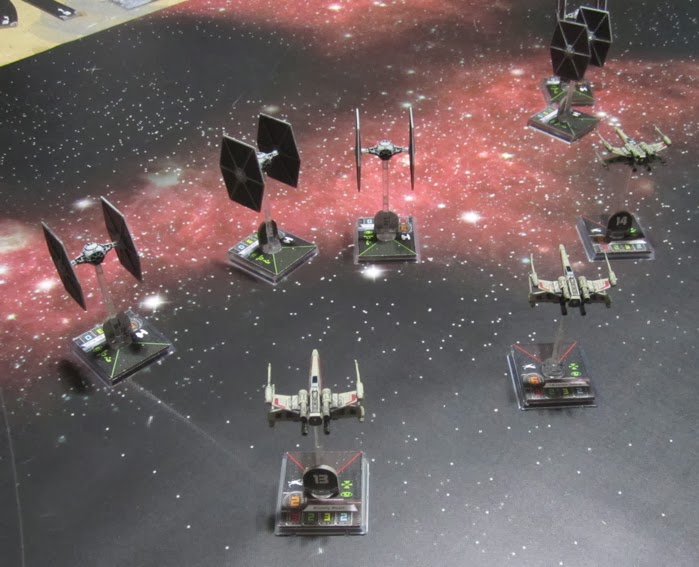 Quite the mess – I’m surprised no one actually DID collide and blow up! 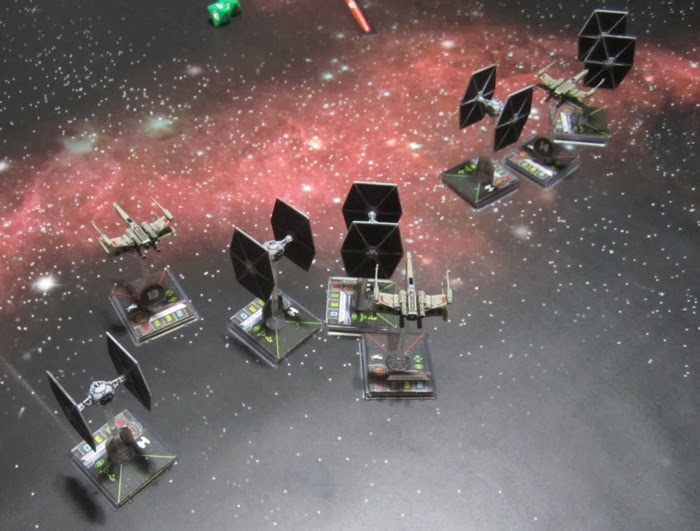 I think this was shortly before Pink Leader went BOOM! I managed to take out one of the TIE-fighters with one of my Rookie Pilots before we had to call it a night… it was getting waaaaaaaay too late and we were pretty much all gamed out.!

Thanks again to Paul and Cory who came so far to make this weekend awesome!

We now return to our regularly scheduled programming of miniature painting and slightly less epic game reports… ‘til then…
Posted by tim at 4:05 PM