A few things rolling off the workbench this week... 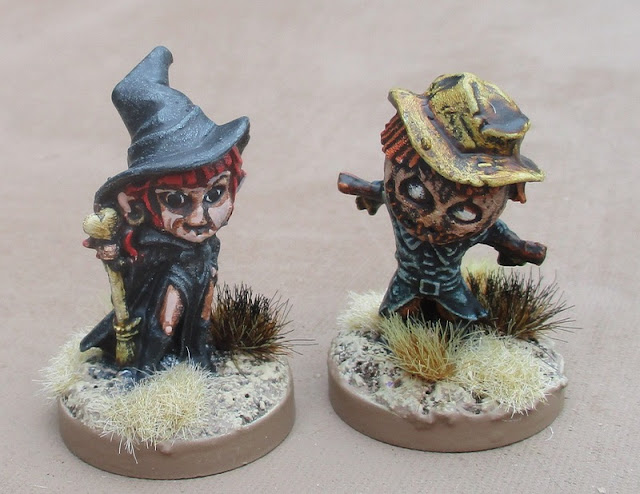 Superdeformed (or "chibi") spooky characters from Reaper bones. More experimenting with Contrast paints. How I've been doing a lot of these are undercoating with black gesso, then doing a heavy dry brush with a white gesso, and THEN applying Contrast paints - it keeps the dark recesses DARK - even if the contrast paint is... not-so-dark...

It's fast... I'll say that. And if it means more people get more painted toys on the table, then I'm all for it. I wouldn't mind facing warriors painted this way - better than unpainted grey plastic!! But I don't love the look of them.... 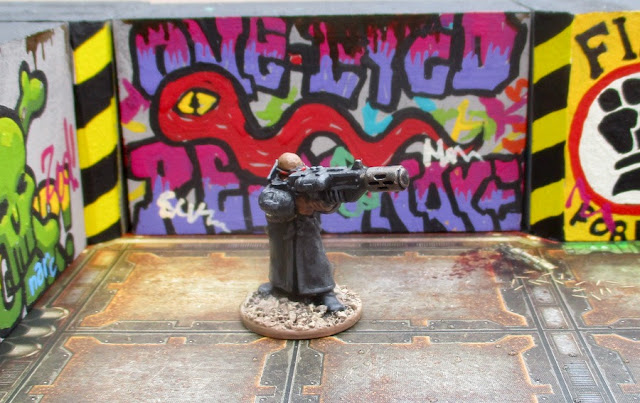 Another ganger for the One-Eyed Red Snakes Delaque Necromunda Gang. The figure is a conversion, I think he had a lasgun or autogun originally... and I already had TWO of that figure, so I decided to convert it to have a special weapon of some sort... and I had a Meltagun that seemed like it would be easy to fit in there... 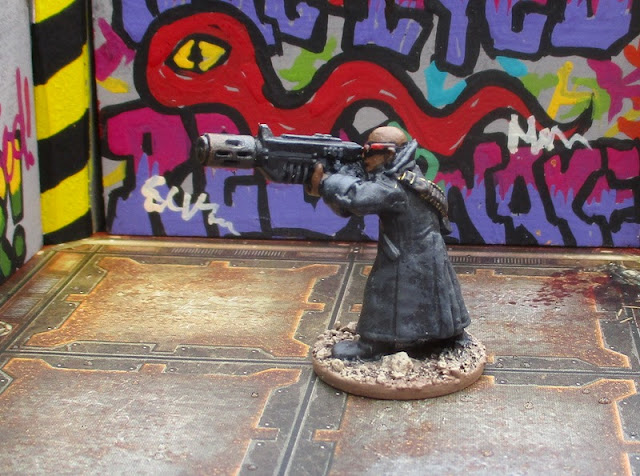 Give then state of my gang in the current campaign, it will be a LONG time before he ever gets recruited... 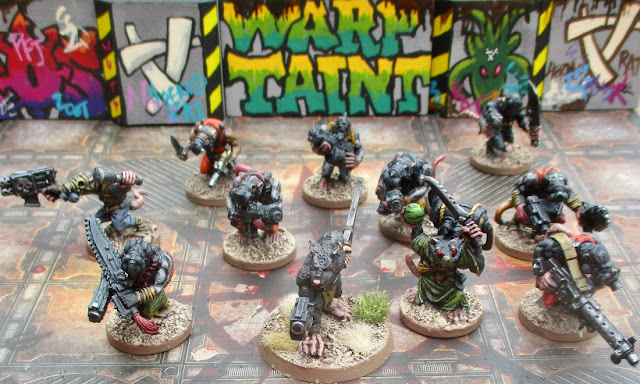 The Gang so far. The old Rat Ogre is the Cult Demagogue (or Cultist Champion in Kill Team). The old Poison Wind Globadier will be used as a Cult Witch. There is a Disciple (Champion) with a Heavy Stubber. I have another ten or so to paint, but I think this would probably be enough to get him started. Among the others are another heavy stubbed and two rats with Flamers (or HEAVY Flamers...?) I got a couple weeks to get the rest finished up.

1120 credits so far... more than enough to start a Dominion Campaign! Some of those Hellots could just as easily be Disciples - for a few less, but more powerful starting dudes...