I had previously posted a Lion Clan Bushi Buntai, but then it was pointed out to me that I’d failed to follow my own damned rules for Buntai make up!? Both the 400 point master list and the 150 point buntais fielded in the 10th Annual Wargaming Birthday Bash/Winter Wargaming Weekend Ronin Campaign/Tournament are to follow the general guidelines for Buntai composition. With all the others I paid attention to this, but, for some reason, when I did the Bushi buntai I was only thinking about the 150 point options and essentially made them top heavy – giving the player the option of playing all Rank 3+ buntai or with Ashigaru – for a game or two until all the ashigaru were wiped out… Anyway… they STILL have the option of fielding an all Rank 3+ buntai… but that would mean fielding MOST of their Rank 3+ guys and if it went badly… it would be Ashigaru for the rest of the campaign… 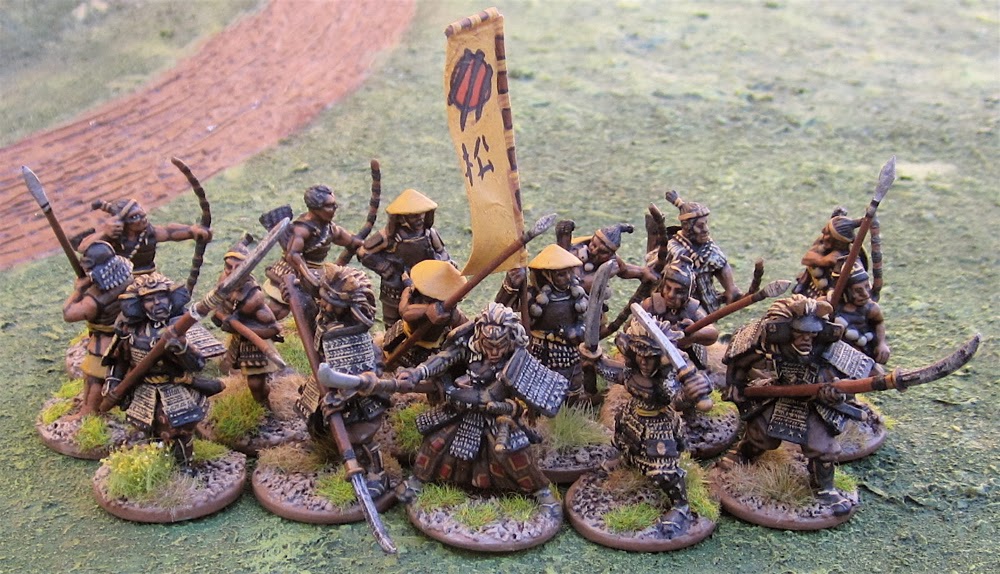 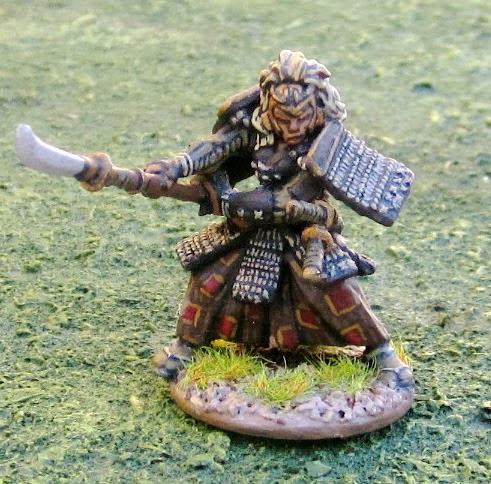 Bushou
Heavy Armour, Katana, Wakazishi, Naginata
Command, Naginatajutsu, plus two other Abilities
46 points
The miniature is from AEG’s Legends of the Five Rings: Clan War line. I believe the Miniature is supposed to be Matsu Tsuko, who became Daimyo of the lion Clan after the disgrace of Akodo Totori. 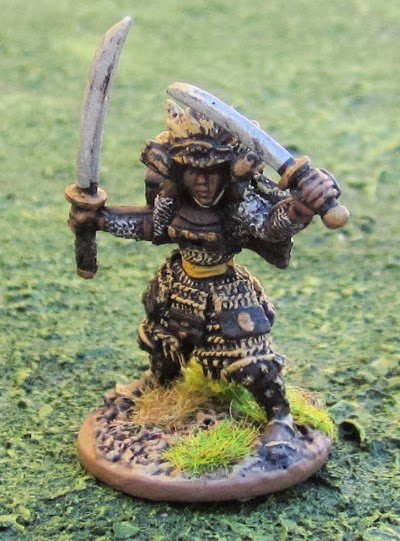 1x Hatamoto
Heavy Armour, Katana, Wakazishi,
Command, Kenjutsu, plus one other Ability
35 points each
This miniature is also from AEG’s Legends of the Five Rings: Clan War line. 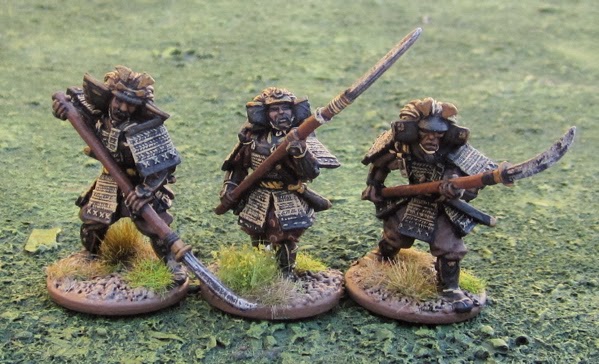 5x Ashigaru
Medium Armour, Armour, Katana, Yari
@18 points each
All five of these guys are from Old Glory

6x Ashigaru
Medium Armour, Armour, Katana, Yumi (or Teppo)
@18 points each
The archer on the right is from Old Glory, The gunner with the teppo on the left is from Perry Miniatures. 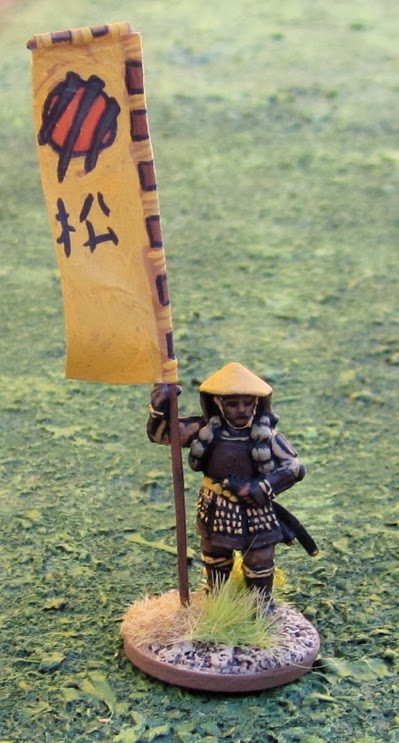 1x Ashigaru Gashira Bannerman.
Medium Armour, Armour, Katana, Banner
18points
This figure is actually a Perry Miniatures Spearman that I made my own banner and pole for.