Yet another buntai for Ronin – Skirmish Wargames in the Age of the Samurai that we will be using in the 10th Annual Wargaming Birthday Bash/Winter Wargaming Weekend. This buntai represents villagers and some ronin they've hired - sort of like in the Seven Samurai - except there's eight samurai here... and a warrior monk... and they couldn't all be fielded at the same time...

I'm not sure how they will work out. After Last Week's Game between the Bandit and Bushi buntais I'm thinking this may not be too bad. The peasants are completely ineffective on their own - but their sheer numbers (bolstered by a few Ronin) could be pretty effective...? We'll have to give them a try out sometime this week. 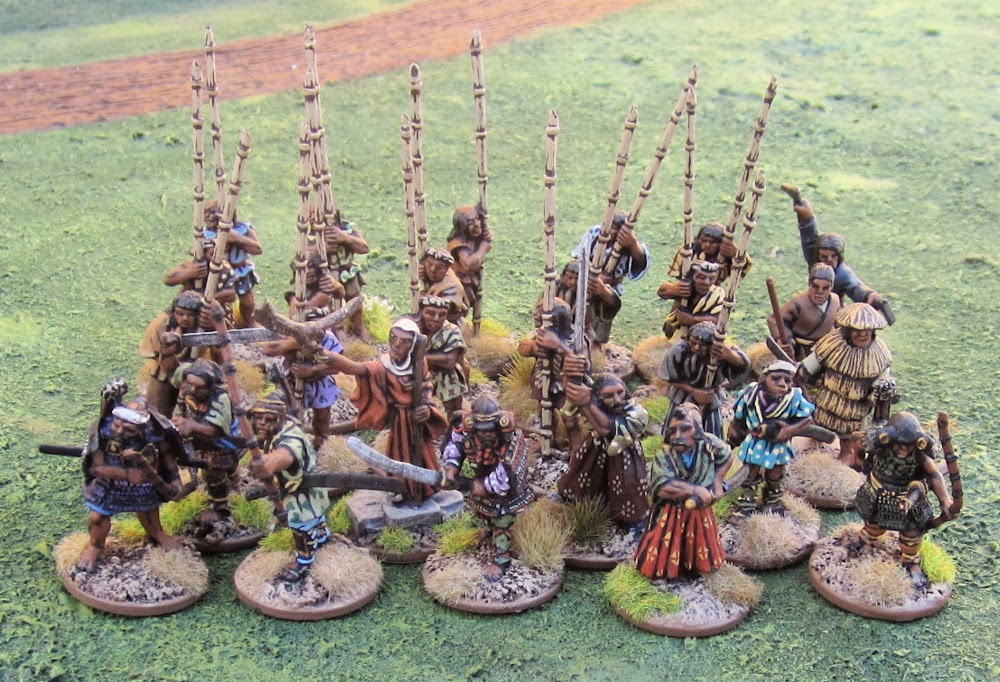 The whole bunch of them. The majority of these are all from Black Hat Miniatures (with a few from from The Assault Group and one from RAFM) 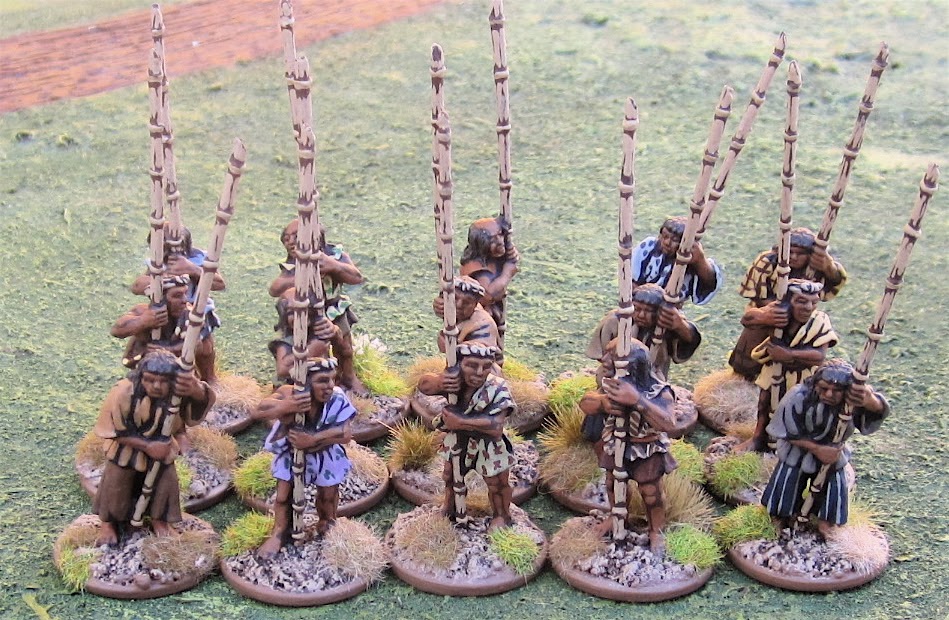 36x Peasants
Improvised Weapons
@4 points each
The majority of the Peasants (the ones with the sharpened bamboo poles) are all from Black Hat Miniatures, the remainder (below) are from The Assault Group. At least 30% of a peasant buntais points must be spent on peasants – the rest are spent on Swords for Hire. I don’t actually HAVE 36 peasants I just have the 18 shown here – as we will only be fielding 150 point buntais for scenarios I highly doubt there would even need to be more than 12-15 on the table. 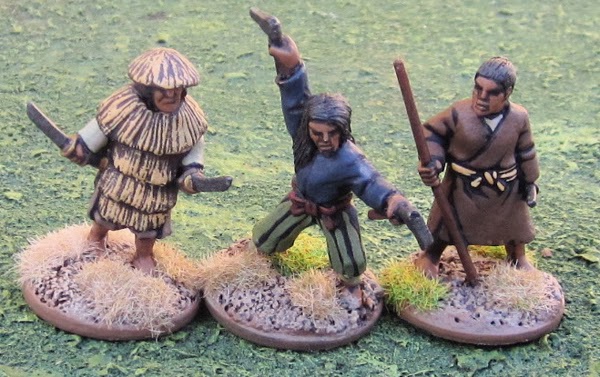 These peasants, from The Assault Group, I figures I could throw in for a bit of variety or as Peasants that need to be kept track of - i.e. ones that didn't die in their first two games or so, gained expreience, and have actually advanced in ability

All of the Ronin below are from Black Hat Miniatures, the Monk is from RAFM. 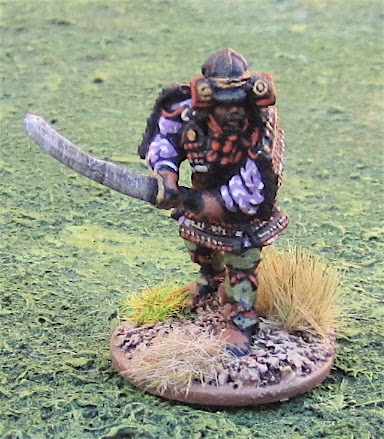 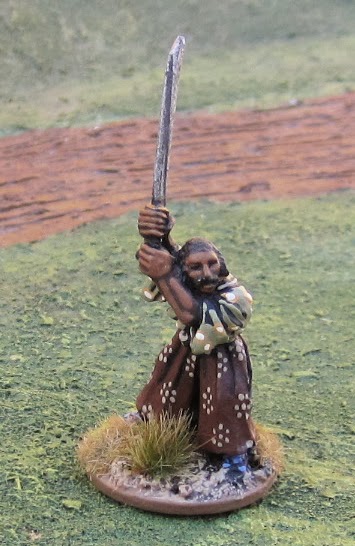 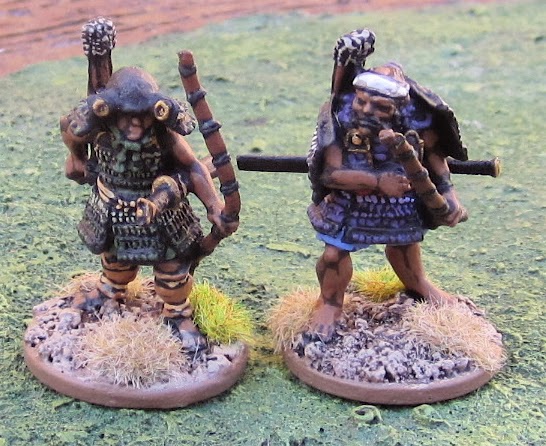 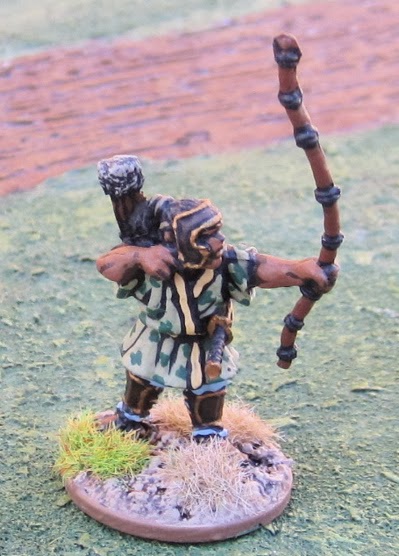 Ronin
NO Armour, Yumi, Katana
Kyujutsu, and one other ability
27 points 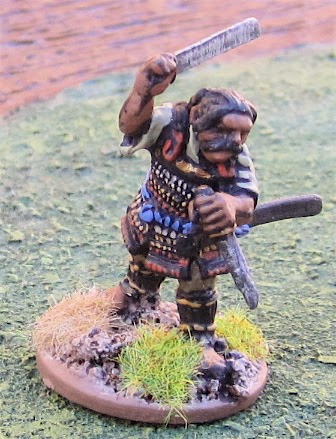 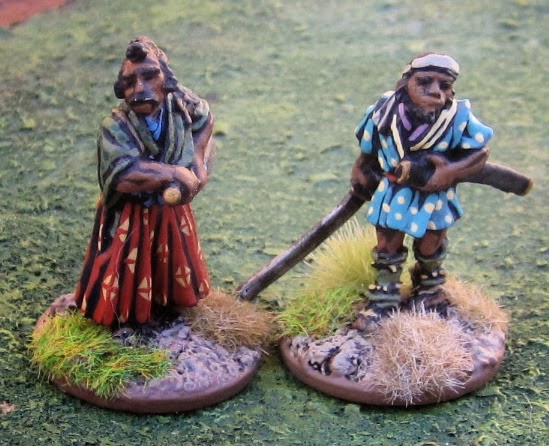 2x Ronin
Katana
Kenjutsu, and one other ability
@23 points 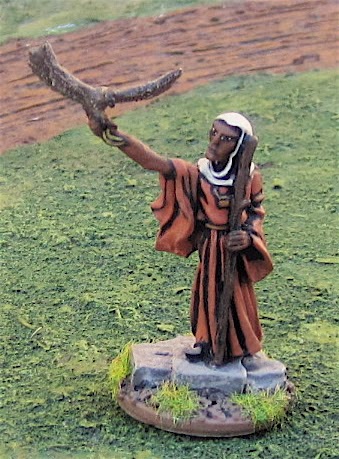