If you thought I was talking about grave diggers or archaeological excavators you were horribly, horribly wrong…

These Aussies are from Battle Honors, as are the gunners below… 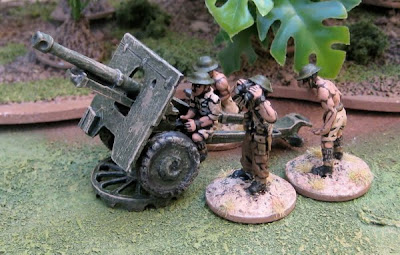 I should finish off the Japanese that I have. Then I could say I have all of the WW2 in the Far East stuff I have done… Of course that’s not all that terribly much – understrength Digger and Jap platoons, and a solitary squad of Jarheads… still, finished (for now) is still finished (for now!).

I would, at some point, like to add a third section of Diggers… maybe some mortars and Vickers MGs… If I went really crazy maybe I could pick up a Matilda tank… but that’d be a long way off! I’d pick up some more Japanese infantry before I started buying tanks for either side! 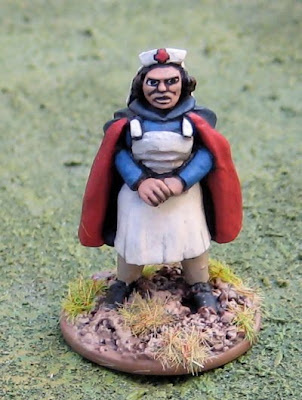 This Nursing Sister is from Pulp Figures. I’ve had her for a couple years but just never got around to painting her…

Hmmmmm… Elves? Giant? Should try and do some Germans, but it’ll probably be Canucks!
Posted by tim at 6:21 AM