It’s All Greek To Me

The first of my recently arrived Ancient Greeks… 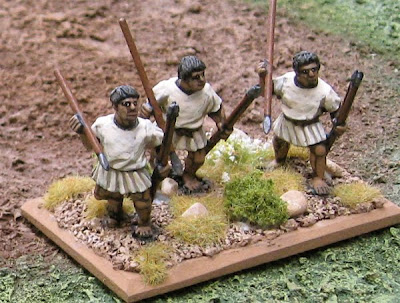 This is a stand of Psiloi. The figures are from Crusader Miniatures. 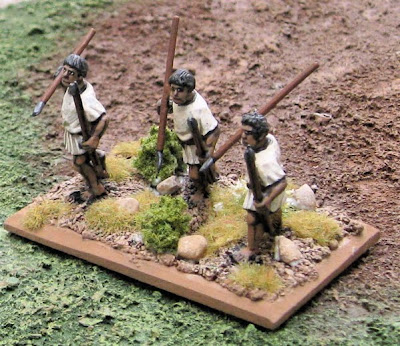 The rest of the army might take a while… It’s not a high priority. Though I may do one stand of hoplite, just for giggles….

I’ve been thinking about digging out the T-34s from my WW2 28mm Soviets and the British Commandos from the Modern 28mm stuff… both those are the only things left in both “collections” that are unfinished and it’d be nice to say “I’m done with those’… again… There’s so many things that are so close to being “done”… some would take a week… some would take two or three…. I should really do a big stocktaking again and compile a “BIG TO DO” list. Of course a lot of those nearly finished project have nothing to do with what I’m planning for this year… and I’ve got a lot of painting to do to get what I need done for this year… ugh..
Posted by tim at 4:49 PM