Our good friend Curt was in town, so John decided to host a game of Napoleonic Ever Victorious Armies.

(click on the pictures to see a larger version) 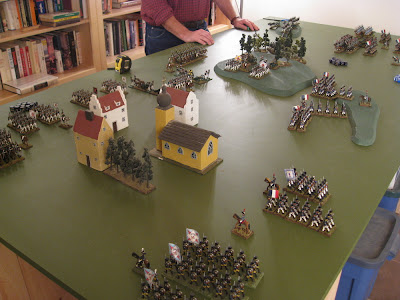 His Napoleonic armies are "old school" 30mm figures - some old Scruby figures, others he's modeled and cast himself. 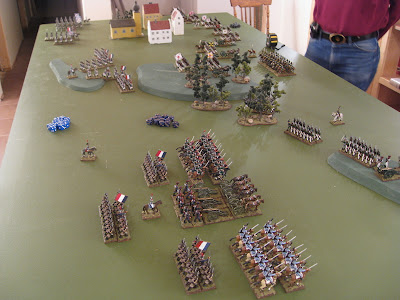 Curt and I played the French and Gary and John played the Russians. I know frightfully little about the era so I couldn't tell you where or when this action was supposed to take place. presumably some place east of Paris, sometime between 1800 and 1815... 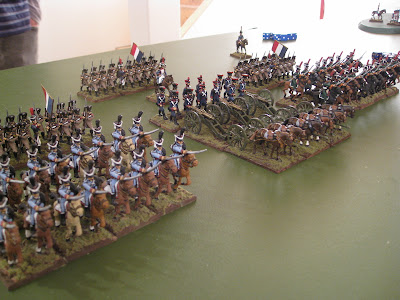 All I know is they wore very pretty uniforms. I mean, check out these french lads in the blue coats, don't they look fabulous! Fashion-wise, we had the Russians beat from the get-go! 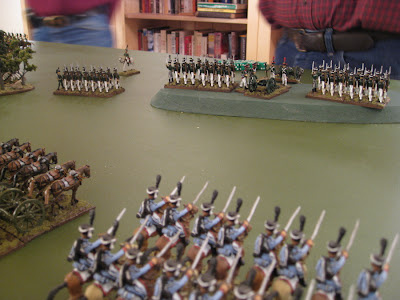 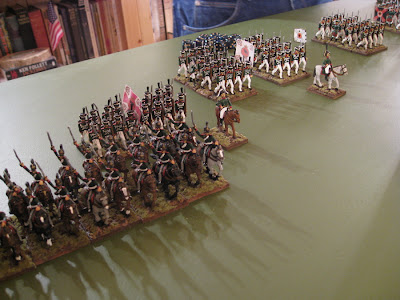 And there was just so many of them.. and all dressed the same!? Seriously, do they go to balls dressed like that?

Of course what am I thinking... They're a bunch of uneducated, uncivilized Russian peasants... Probably never heard of balls... 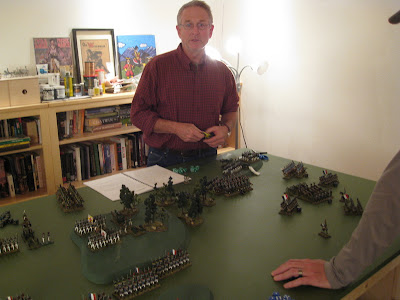 Our host and impartial umpire and Russian commander: John Bertolini 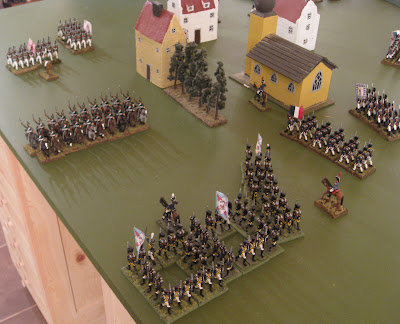 Here the game is finally underway... Gary's boring Russian cavalry came charging up the flank, so my chaps (I think they might have been Polish...?) formed square and taunted them. 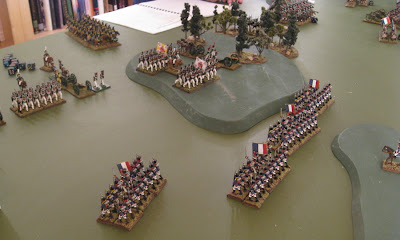 In the middle my dashing French infantry marched up the center to storm the Russian guns. Funny how the Russians had great fields of fire from their initial set up locations. I guess Poland is shaped like that... or was it Lithuania... I don't know about these things... 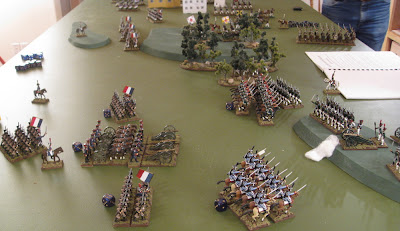 Down at the other end of the line the Bold and Courageous French Cavalry storm the Russian guns on hills conveniently located in the Russian Deployment Zone. 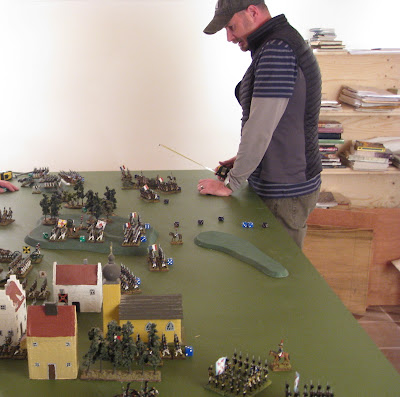 Our Commander-in-Chief; the spry and dashing Marschall Curt! 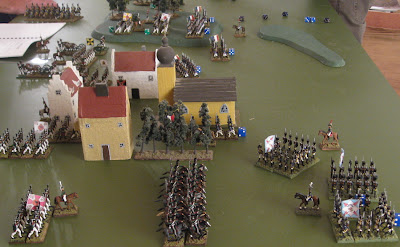 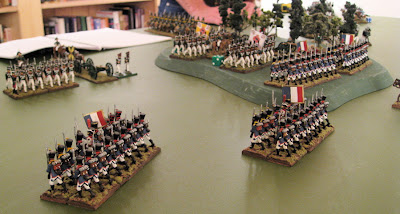 A fine day for a stroll through the meadows of Poland... or was it Lithuania...? Wherever it is, the wine is terrible and the women not much better.

Why were we here again...? Ah, Napoleon. It was his idea. Clever lad. I'm sure there's a good reason for it.

Opposing forces enter the village. It was rumoured there was a whorehouse within so some of the fiercest fighting of the day was here in the streets of this picturesque Polish village... or was it Lithuanian...? 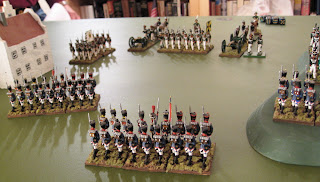 More french lads marching about in a field. 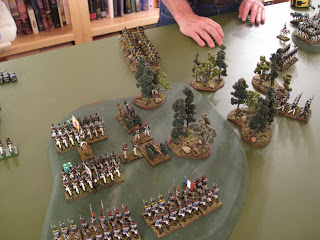 the bold and fearless French charge the hill in the center of the field of battle and capture the guns! Huzzah! 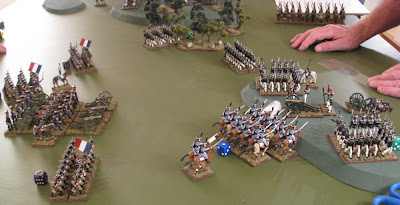 More guns being captured by the pretty boys in blue. 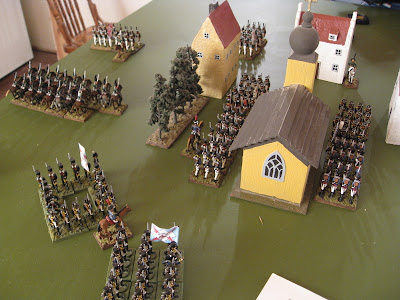 Fierce fighting in the middle of the village. Fierce. There was hissing and scratching and slapping with gloves and I think someone's buttons even got torn off. 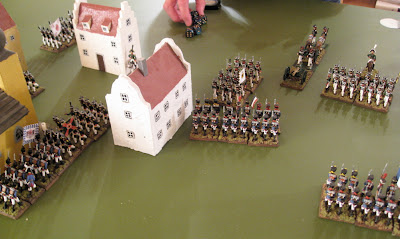 The russians were so dumb they didn't even know when they were dead and just kept fighting... 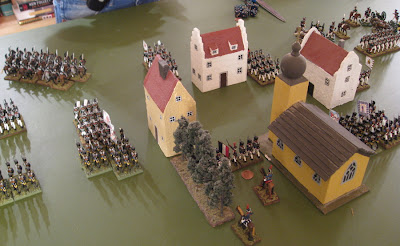 So fearsomely determined were the French in the village the Russians fled from it - leaving the whorehouse in possession of the truly better men.

Russian cavalry can also be seen fleeing from our glorious Polish(?) allies. 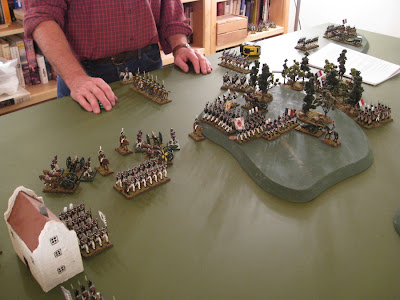 Hmmmm... I think we won. We certainly got higher points for presentation and technical performance. The Russians had all the finesse of a sledge hammer and the fashion sense of a mule.

Big thanks to John for hosting the game and it was great to see Curt again.

MORE game reports. It truly has been a week of mad gaming!?