I'd tried to get a Kill Team campaign going with the previous edition and I'd used Sergeant Hammer's Kill Team - 2 Section, 3 Troop, A Squadron, #2 Commando, 222nd Guaiacan Commando Regiment. The Regiment was deployed to Xoxigar Tertium as part of a large deployment to maintain an Imperial presence in the system in 018.M42. The System found itself in the Imperium Nihilus when the Cicatrix Maledictum  tore the Galaxy in two in 999.M41. In 15.M42, a Rogue Trader discovered a circuitous, but relatively safe and stable passage through the Great Rift and a Number of Guard regiments were brought in to shore up the defences.

Hammer's Section saw action again tyranids and even had an encounter with Drukhari in the Jungle! Things went sideways all across the Xoxigar system - but it was particularly bad in the jungles. Patrols just kept disappearing without a trace and the numbers of Orks and Tyranids in the jungles just seemed to be growing. Almost every night for over a year either Orks or Tyranids launched themselves in insane headlong attacks at the Squadron's Firebase. On the occasional "quiet" night, the Guaiacans could hear the Orks and Tyrainids fighting EACH OTHER deep in the dense forests surrounding them.

As long as they could hold their landing pad, the Aeronautica Imperialis could keep them in supply bringing in flight after flight of Valkyrie Assault Carriers and Sky Talons. The wholesale slaughter of so many of the enemy eventually started to stem the tide - though the relentless assaults cost the dearly.

A year on, Sergeant Hammer, originally commanding 2 Section of 3 Troop, is now in charge of 3 Troops and of the original 30+ troopers has been reduced to 14 - even after many replacements have been brought up from the Reserve Commandoes. Of the 100+ Troopers that originally built the Firebase, less than 50 are left.

Finally the assaults have ceased and it is time for the Guaiacans to start pushing out into the Jungle again and try to mop up as much of the enemy as they can before they regain their strength. 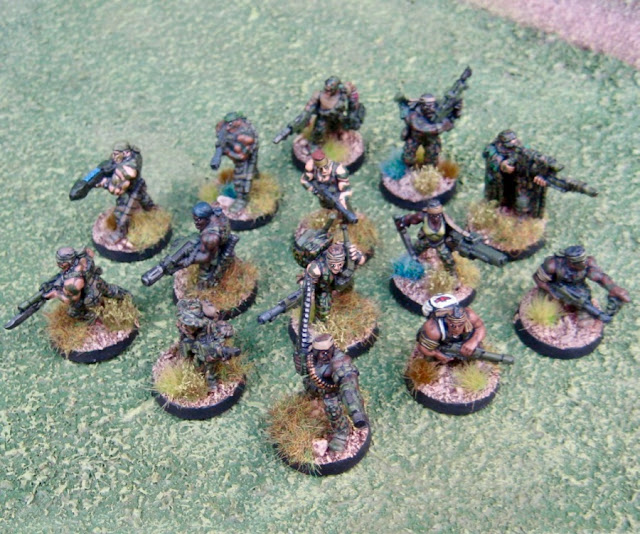 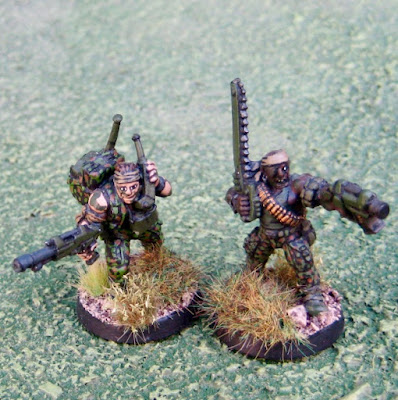 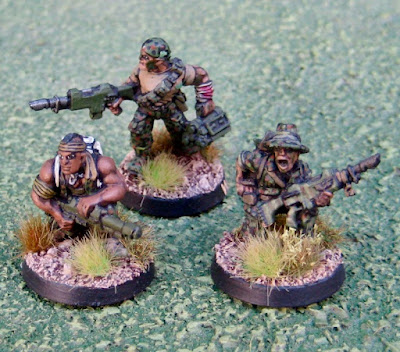 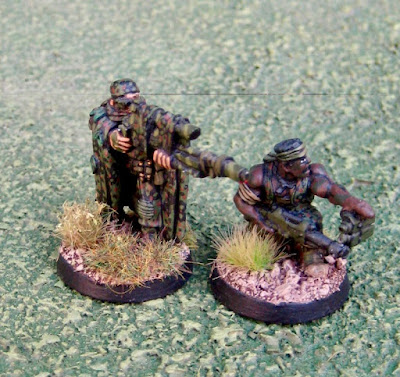 LCpl. Hughes ( Spooter Veteran with Lasgun and Fighting Knife - and Mortars on call!) 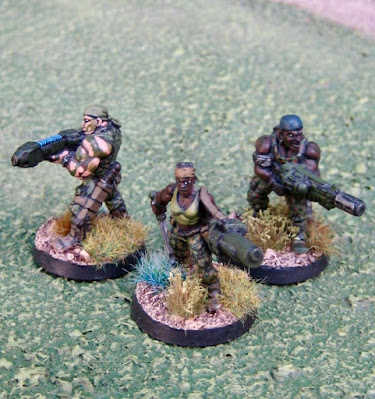 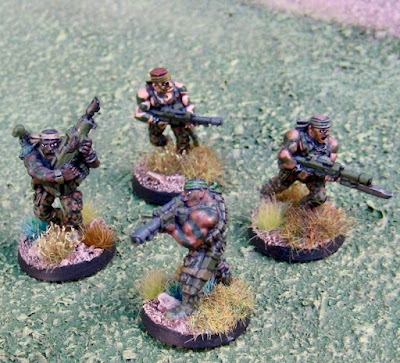 Back - Pte. Sack (Trooper Veteran with Lasgun and Fighting Knife)

Hammer Troop Saw it's first action "Outside the Wire" last night against Finnegan's Genestealer Cult - what were THEY doing out there in the Jungle!?

Expect Full After Action Report Uploaded to your Dataslate Soonest!