After their first game, it became pretty clear that the Asuryani Rangers were DEADLY... when they can just hid in the shadows and pick away at the enemy... But it was also clear how very soft and squishy and easily killed when any enemy could get eyes on... and thus it would be very hard for them to succeed at scenarios that involved stepping out of the shadows and seizing objectives!

That "later" turned out to be NOW!

In addition to the initial warriors, all Kill Teams start with four Requisition Points. These can be used to add strategic assets to your Base of Operations or Equipment to your Stash or new Operatives to your Kill Team. After each game you gain one additional Requisition Point.

So, after that first game, I spent all the Requisition Points they had to add four Dire Avengers to the Roster (and some equipment to the Stash!).

Maesenir is still just a Ranger - one that walks the path of the Outcast - with only a loose association with they Biel-Tymm fleet. The Dire Avengers represent elements from Shrine of the Fading Night, hosted aboard the ships of the fleet, that have been tasked with aiding Maesenir is his mission to monitor the situation on Flonesimus (the Old Aeldari name for Xoxigar Tertium) and as custodian of the ancient ruins and the forgotten vaults and arcane artifacts held within! 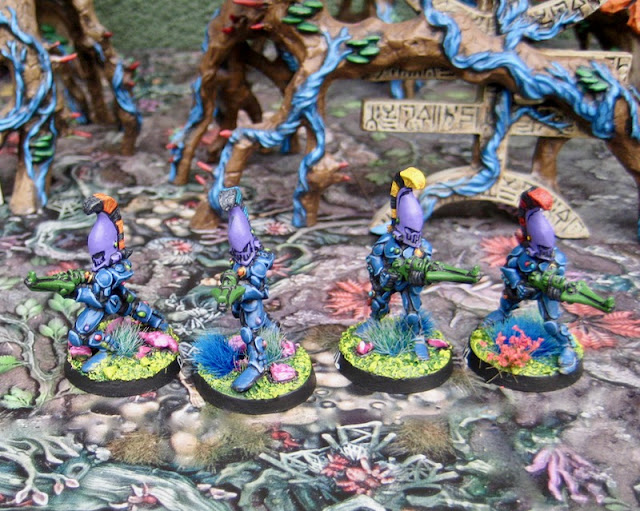 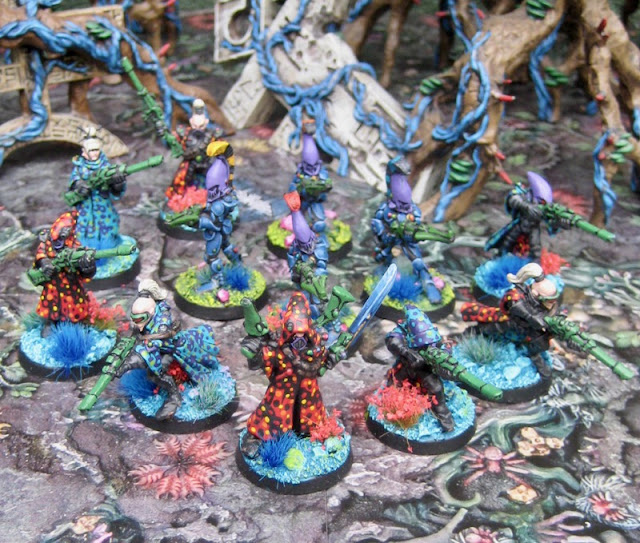 I also finished up a few more Dire Avengers and Rangers. They COULD eventually be added to the Kill Team (Kill Teams can have up to twenty on their roster - "Data Slate"). But unless they suffered losses of terrible Battle Scars that would necessitate not showing up for action for a long time, I can't see much reason to add them any time soon - there are Assets and Equipment I'll be adding before adding more members to the team.

I mostly did them to fill out complete squads of five - as they are fielded in regular 40K9E. The plan is to, eventually, expand all the Kill Teams into Combat Patrols for a parallel 40K9E Narrative Crusade Campaign.... for when we want to play some slightly BIGGER battles! 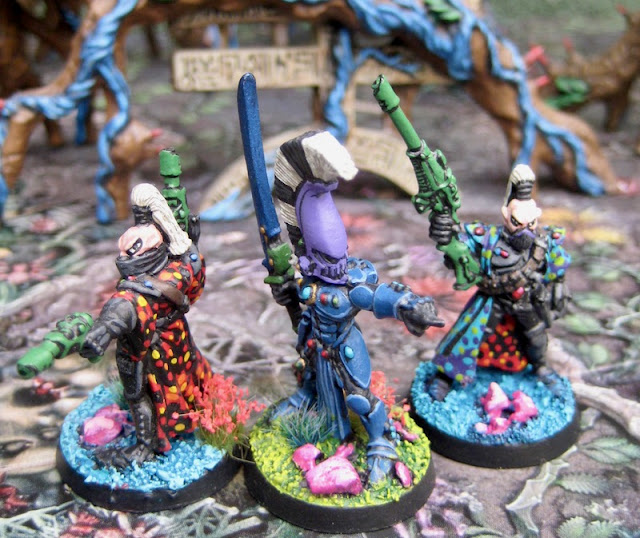 Bylizek, Exarch of the Shrine of the Fading Night Dire Avengers and Klofaryl and Zynesimyl to fill out three squads of five. 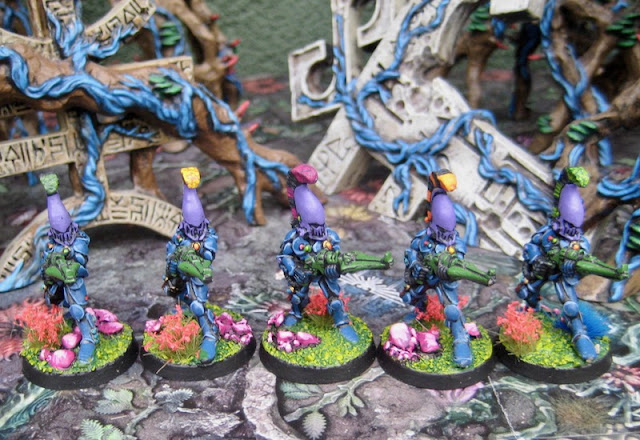 Five more, to-be-named, Dire Avengers which could bring the Shrine of the Fading Night Dire Avenger Squad up to ten - and bring the Kill Team up to a full 20. 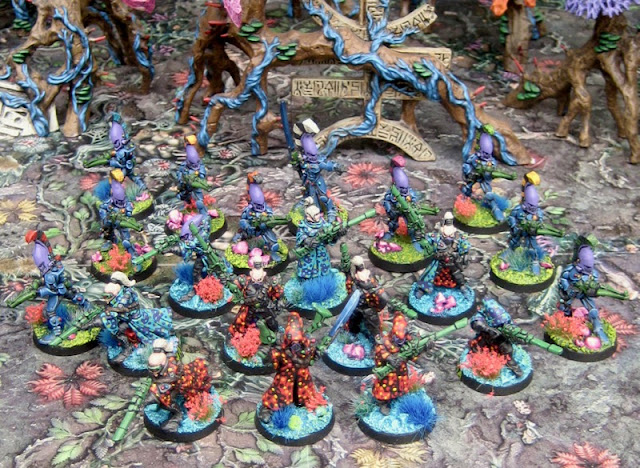 This is what the FULL roster of 20 would look like... Though, for any given mission, there would only ever be eight fielded - either eight Rangers or eight Dire Avengers, or four of each.

I have no intention to add Guardians to the Kill Team - they just don't seem the type to be used in the special missions that Kill Teams are put together for. At least not Guardians from the Biel-Tymm fleet. The Biel-Tymm fleet does not squander it's regular citizen crew in battle unless the situation is dire! The professional warriors of the Aspect Warrior Shrines are there for a reason. Guardian Defenders are just for that - defending the ships, should they, somehow, ever be boarded.

Up next should be what the Combat Patrol version of this force will look like!