This week’s stuff… Slowing up a bit… I’ve been a bit under the weather. 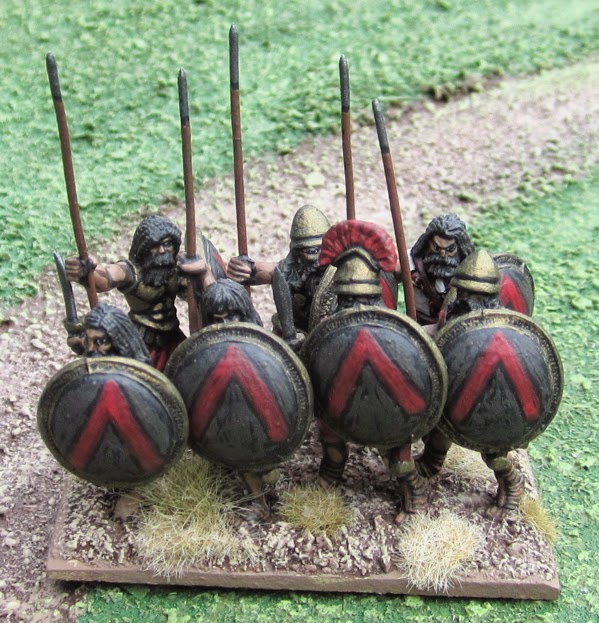 An element of Spear for my Spartan DBA army. I have two other elements done for the army. I plan to finish up a few Greek Hoplite DBA armies over the fall/winter. The figures are from Black Tree Design. 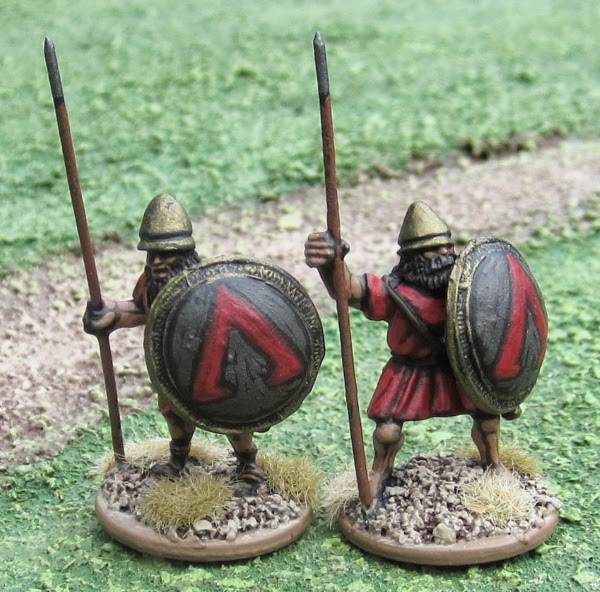 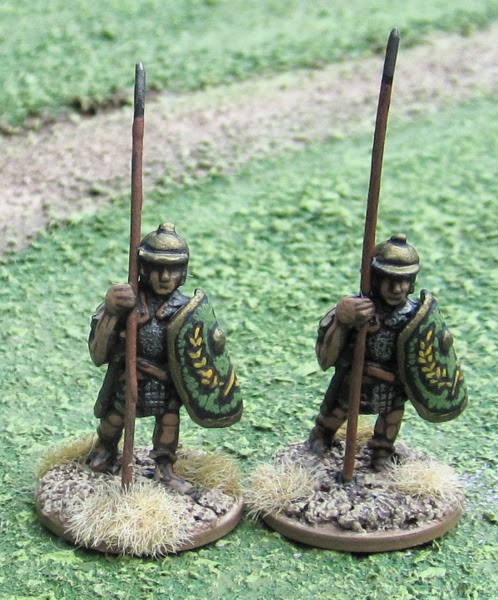 Two Roman Auxiliaries. I’m not sure of the manufacturer. They’re old, I got them in a trade.

A couple more for the violent streets of Song of Shadows and Dust. The two archers on the sides are Old Glory dark age Welsh archers, the fellow in the middle is a roman armed slave from Wargames Foundry 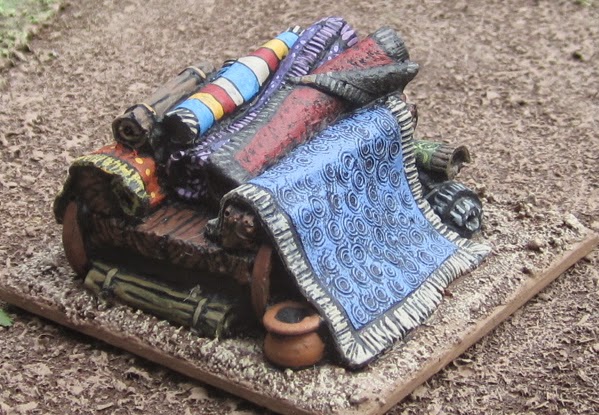 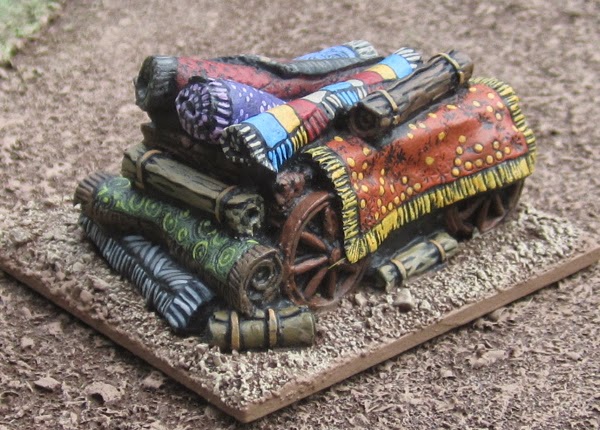 Carpets - the first of three resin market stall bits I've been working on. I think I got this from Megaminis...? Not sure who's making them now.

More game reports?
I have a bunch of New Kingdom Egyptians on my workbench at the moment – my plan is to blast through those finishing up a DBA army and a bunch of extras on single bases that could be used for Song of Shadows and Dust.
Posted by tim at 9:38 AM