I told myself after Nethermaze, I just COULDN'T buy ANY MORE Warhammer Underworlds stuff... unless maybe I got ALL THE STUFF I have already painted up AND I actually started playing it regularly... Though I HAVE started painting things again (Drepur's Wraithcreepers and Wurmspat), both of those were just finishing off warbands that had been mostly painted months ago... AND, thought we HAVE started playing again, it's only two games we've played, so far...

But then they had to release THESE!? 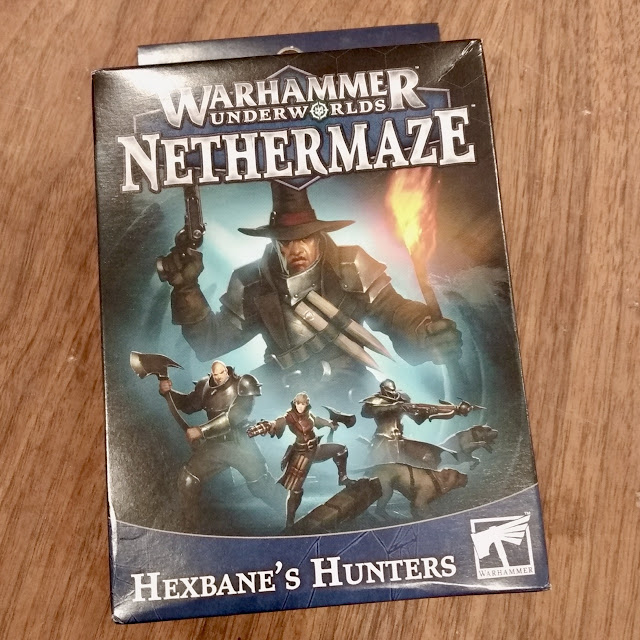 The Classic Witch Hunter and acolytes - rooting out CHAOS across the Old World.... uh... I mean... MORTAL REALMS!!

I actually started to wonder if Witch Hunters weren't a thing any more - if there was no place for them in the kinder, gentler Grim Dark Fantasy realms of this new Age of Sigmar!? Then I noticed there was the Order of Azur mentioned in one of the audiobooks I listened to - with a Witch Hunter, tracking down and violently purging chaos corruption!

I'm a little disappointed it wasn't an archetype in the role-playing game: Soulbound! 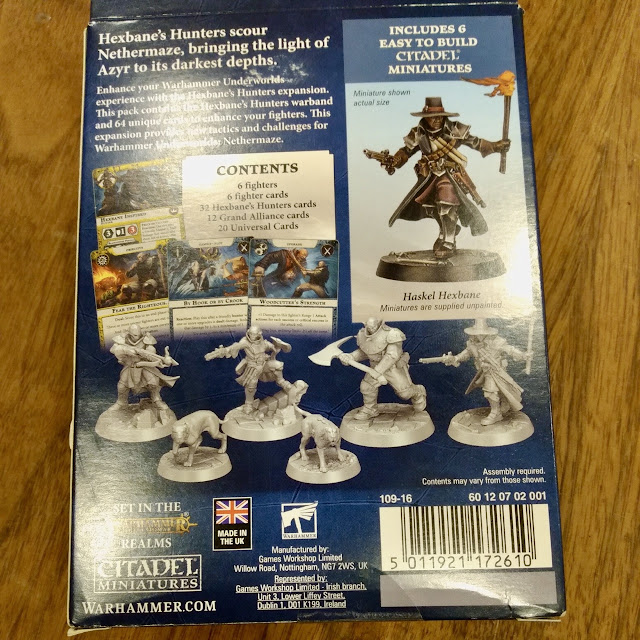 So... these aren't exactly jumping right to the front of the queue... but they will be budging in somewhere in the middle!

I didn't feel TOO bad about this... I haven't gone too overboard this year... I passed on the Horus Heresy box and the Ash Wastes box and the most recent Kill Team Box, and I haven't even picked up any of the new codexes or warscrolls for the new editions (Oh, except the Aeldari one - but that one contained stuff for TWO factions that I'd like to play - that used to be two separate books). I've acquired a total of 55 miniatures so far this year. FIFTY-FIVE - and that includes my part of a Reaper Bones Kickstarter from a few years ago!? That's a tiny fraction of the purchases I've made in past years! Mind you, I've only painted 34, so it's not like I'm in the black and chipping away at the lead/plastic mountain of SHAME!? AND I've bought THREE Kill Team boxes and haven't finished a single Kill Team from any of them (sure, four are about half done... but they're not DONE-done...) AND I am still planning on picking up the NEW one that will be out in the next month or so!? GAH!?

I better keep up the painting and playing of Warhammer Underworlds and get in a few games of Kill Team!