Drepur’s Wraithcreepers are Glaivewraith Stalkers. The hunters and executioners of  Nagash. Guarding Shadespire against any that would enter the Great Necromancer domain with ill intent.

These came with the Two-Player Starter Box released between Direchasm and Harrowdeep. The box came with a few reprinted Shadespire boards and a warband of Castigors; the Storm of Celestus (which I now have two of... should I ever paint the second...)

My plan, this quarter, had been to finish up a warband every week and play a game of Warhammer Underworlds with them against Amanda's favoured Morgwaeth's Blade-Coven. Getting started a little late on that.. (like a MONTH late) but, better late than never. Five were to be warbands that the Daughter's of Khaine would face in The Beastgrave... and then we would shift to Harrowdeep - saying that Morgwaeth had found a way out and hopefully a way home! 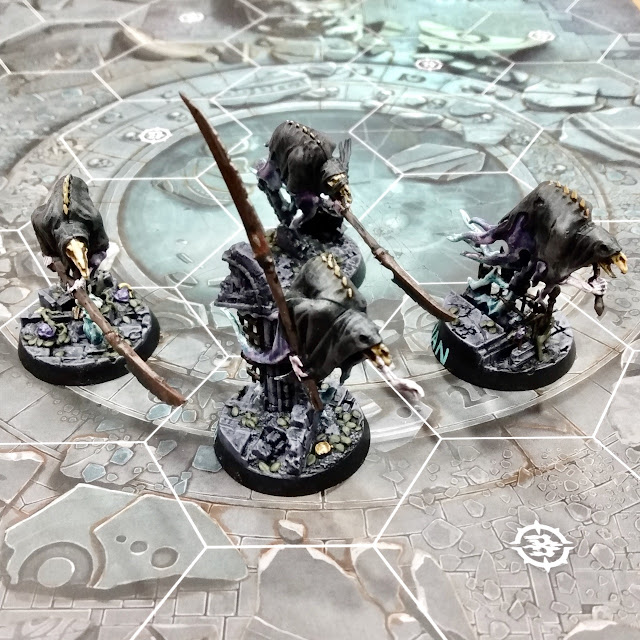 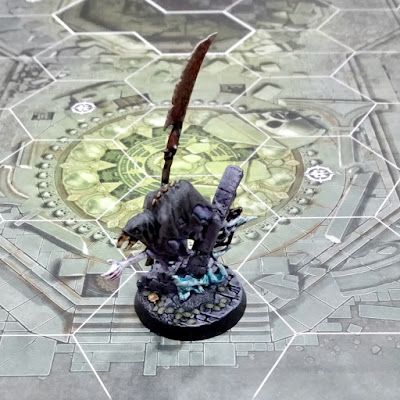 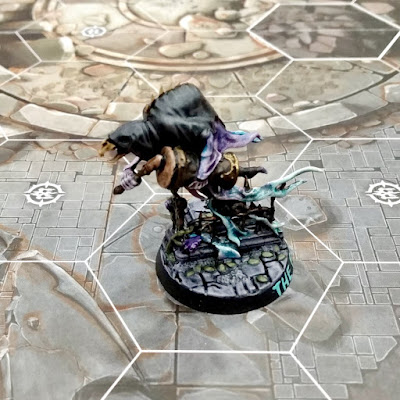 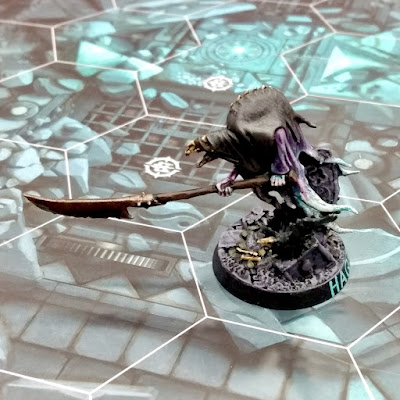 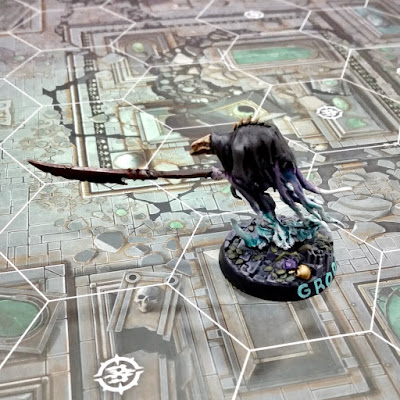 These guys should be seeing some action sometime this week... and I'm going to try and finish up another warband for next week! (and one for the following week... and so on... that's the plan anyway...) 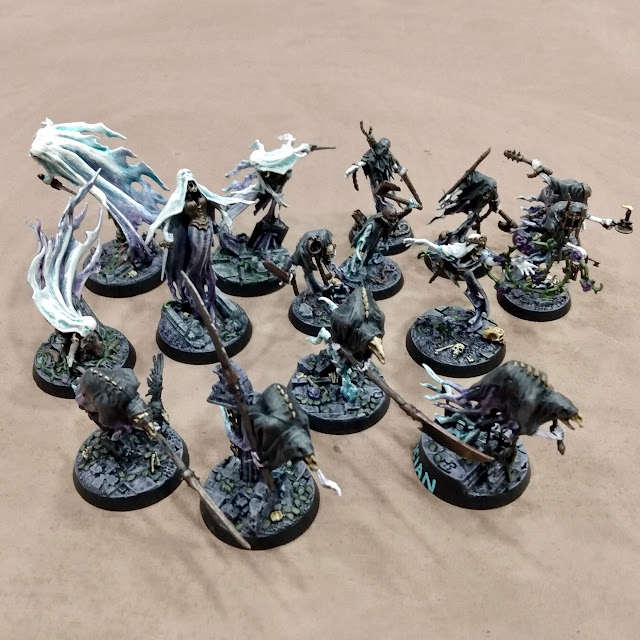 Adding them to the Thorns of the Briar Queen and Lady Harrow's Mournflight, I suddenly have a few options for a Nighthaunt Warcry warband... at least for the edition I have... Not sure about the NEW edition just coming out.

For anyone curious where I'm at with all the Warhammer Underworlds warbands....

Oh dear... I've ended up with more unpainted than I have PAINTED!? GAH!?

(I've also asked my FLGS to get me a copy of Hexbane’s Hunters when they come in next week!)

Well... if things DID work out and I got four more done for Morgwaeth's Blade-Coven to face in the Beastgrave, they might be:

Mostly because the first three had interesting stories about them in the Direchasm collection of short stories. Mollog's Mob is on the list just because it looks so FUN! I mean, it's a big ol' troll and his funky mushroom friends!?

In Q3/4 I also planned to play ten more games of Warhammer Underworlds, but shifting the setting to Harrowdeep. Ideally I'd get one new warband done each week for that as well. If all worked out those might be...

The first seven are FOR the Harrowdeep setting. Elathain's Soulraid, as Idoneth Deepkin, seem like they would fit right in! Crimson Court because they look cool... and might also fit in... Thundrik's Profiteers or Ylthari's Guardians... because... well... that's all that would be left (along with Grashrak's Despoilers and Skaeth's Wild Hunt assuming I did Mollog's Mob in the group above) and a couple others I just ended up with extra copies of...
I could do this!!!
Maybe...?
If I was doing one of these a week, that would leave six other weeks this year... could I get some Kill Teams done!? Of the three Kill Team boxes I've purchased over the last year, I've completed NONE of the six teams I got with them... Four are at least partly painted... Two are still on sprues!?
Or I could just say this year is the year to finish up with Warhammer Underworlds warbands and FINSH THEM ALL with those remaining six weeks!!!
This all assumes I actually get painting miniatures again.
One can hope...
Posted by tim at 10:46 AM