I had originally planned to write up a narrative description of Morgwaeth's Blade-Coven's quest to find their way OUT of the Beastgrave... but it's too hot and I'm too tired and it's almost already a week after we played... so... all you're getting is a short and sweet game report... 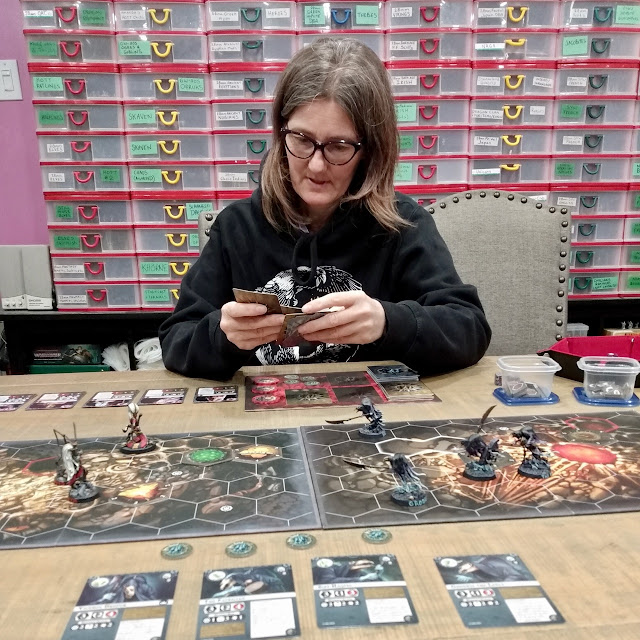 Last Wednesday, 10 August 2022, Amanda and I played some Warhammer Underworlds. I'm running it like a little campaign - Amanda is playing Morgwaeth the Bloodied and her Daughters of Khaine companions and they are desperately trying to find a way OUT of the Beasgrave in which they have been trapped for longer than they can remember.

They have heard rumours of a dark, swirling vortex of water, which they believe might be related to a similar feature so very close to their home of Hagg Nar in the realm of Ulgu... if it could transport them there, they would be so much closet to home! Little do they know... 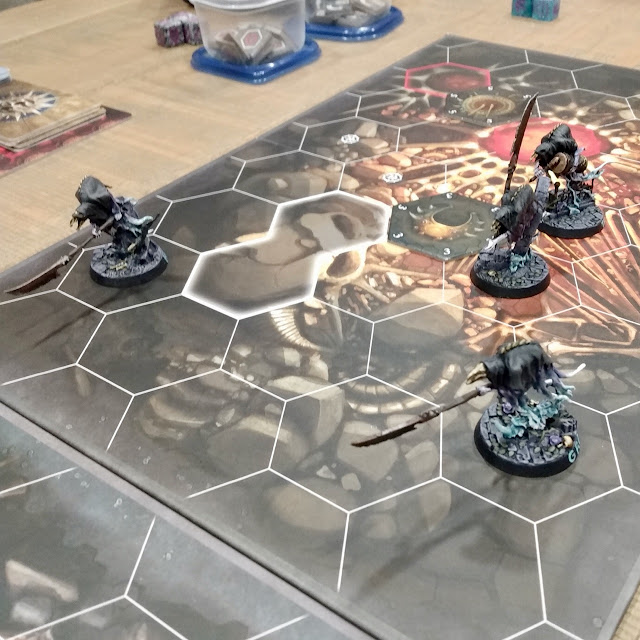 To get to this swirling vortex, they first had to get past a band of Glaivewraith Stalkers... These were Drepur's Wraithcreepers which I was trying out having recently finished them up! I played with their deck, straight out of the box, never even looked at the cards before playing, just read the cards as I drew them and did my best... 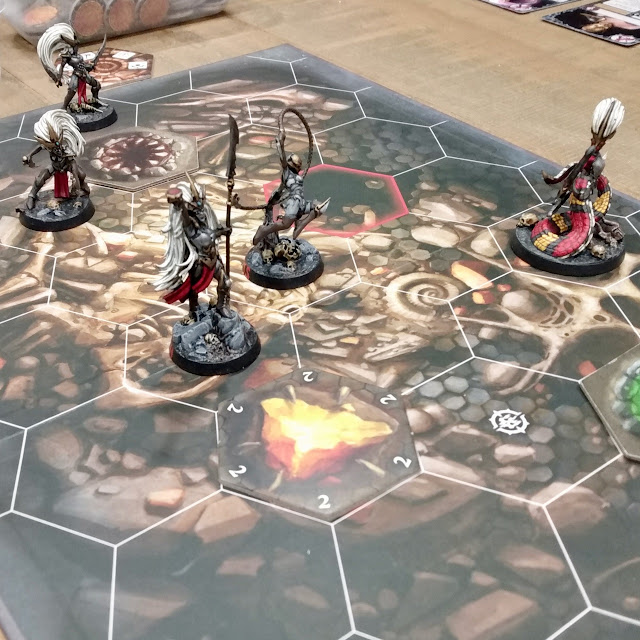 Morgwaeth's Blade Coven... hanging back waiting for the drifting wraiths to come to them and ambush them! 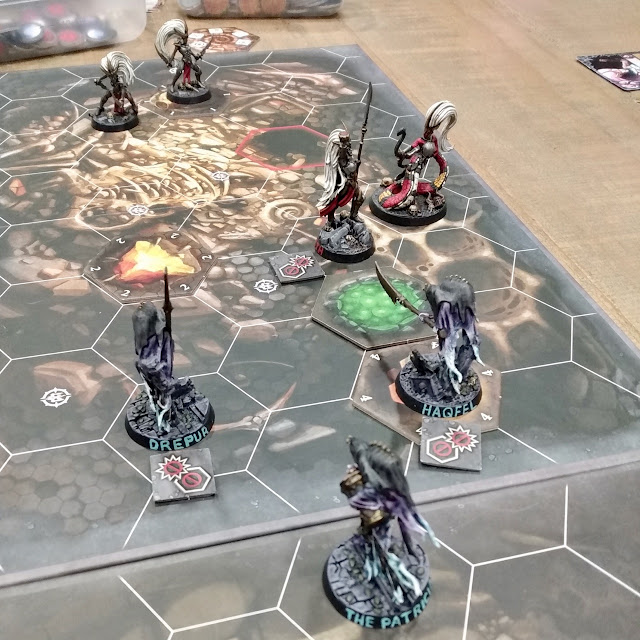 By the end of Round one, almost all of the Wraith has drifted into the Blade-Coven's territory. They had taken down Khamyss, but lost Grodrig the Lance. 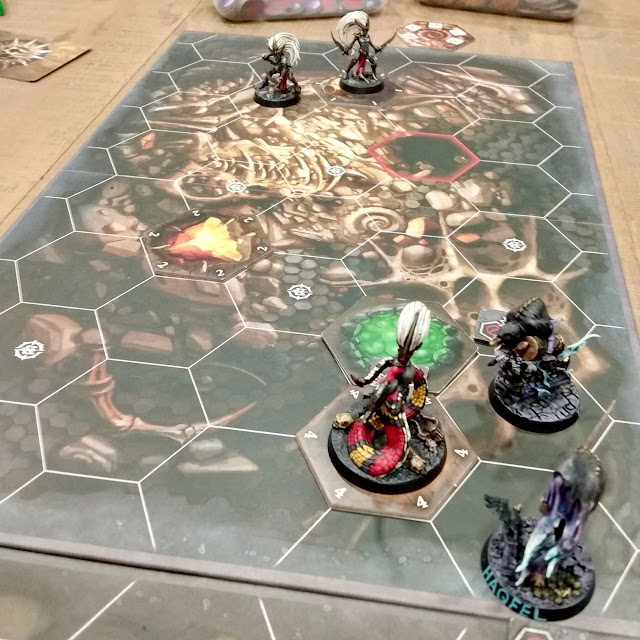 End of Round Two - Both Leaders had been slain - Morgwaeth and Viceroy Drepur. 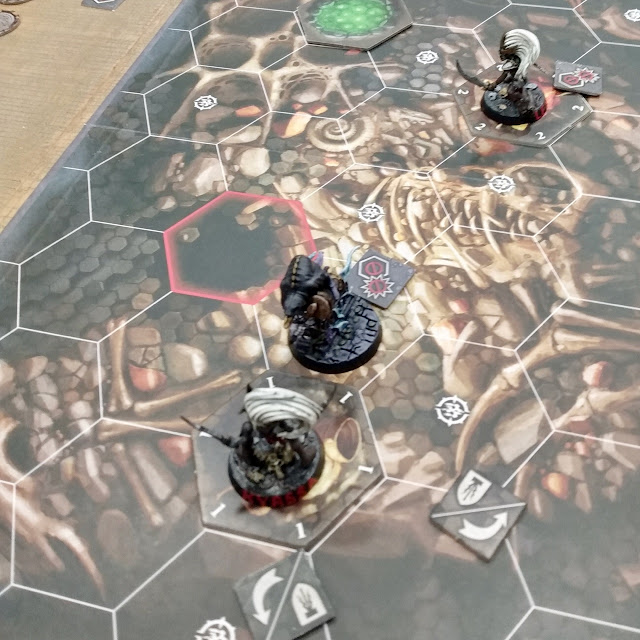 End of Round Three - The remaining two Wraiths had split up. The Patrician had tried to chase down the two Wych Aelves; Kyrssa and Lethyr 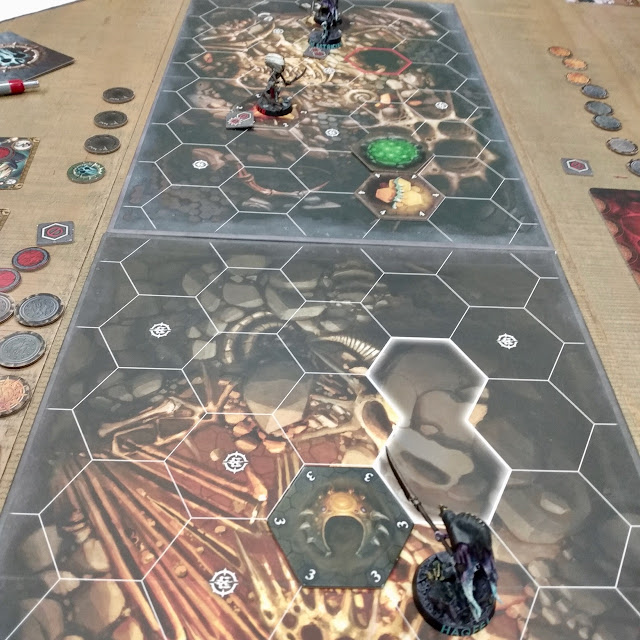 ...and Sire Haqfel had hunted down the slithering Kyrae and slain her.

I like that GW is making Warbands with decks that are totally playable out of the box. I totally ended up winning this game 13-8.

The plan was to have another warband finished for this week... I'm not sure that's going to happen... unless I get busy today (or tomorrow and play later in the week). We had initally talked about playing on Sundays, but that doesn't seem to be happening at all. Maybe it will be Wednesdays... WARHAMMER WEDNESDAYS!

We shall see. I had thought I might try to get Myari's Purifiers finished up... but it might be Wurmspat... or even Hrothgorn's Man-Trappers...!? I've got ALL of those out on the painting table now!?